Respect is the Strongest Compliment 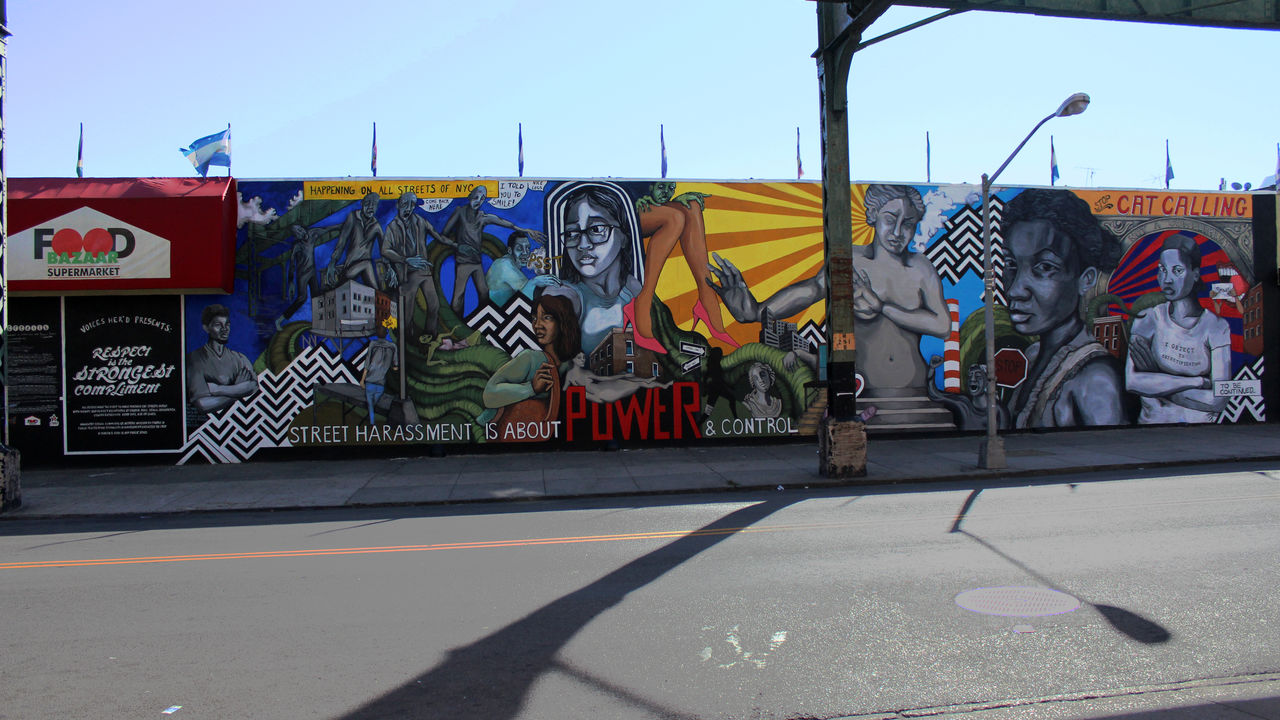 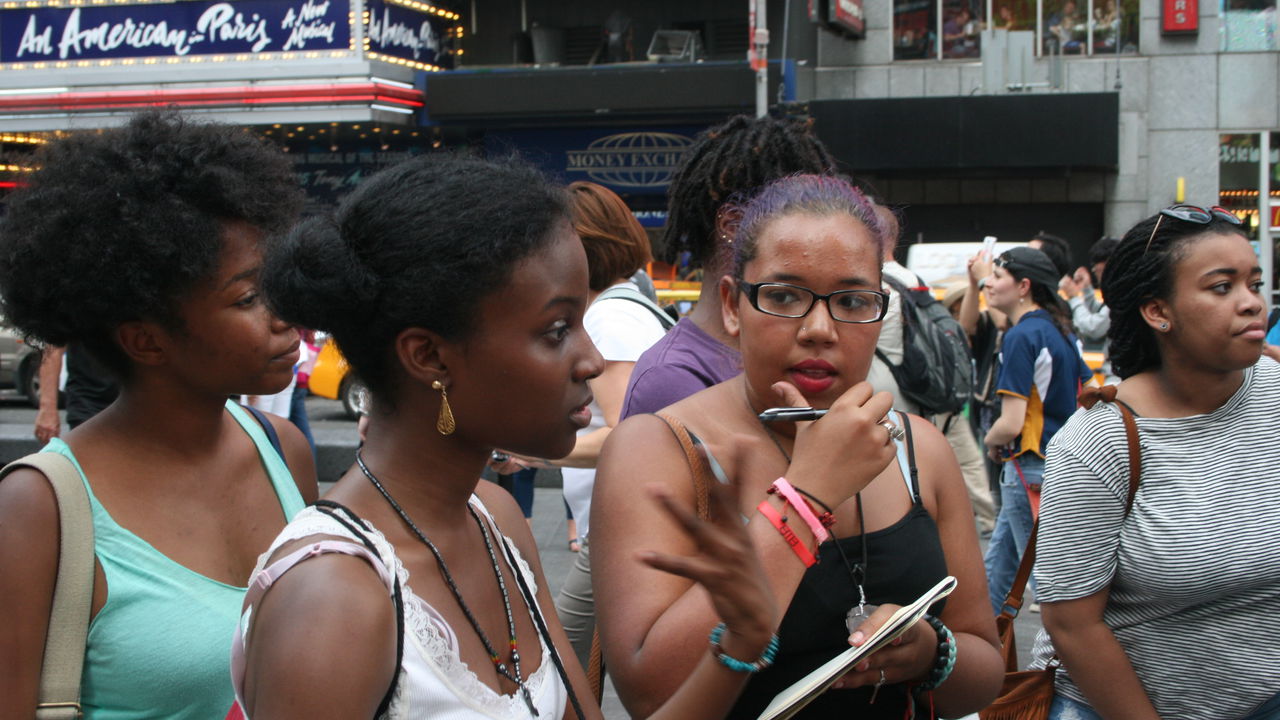 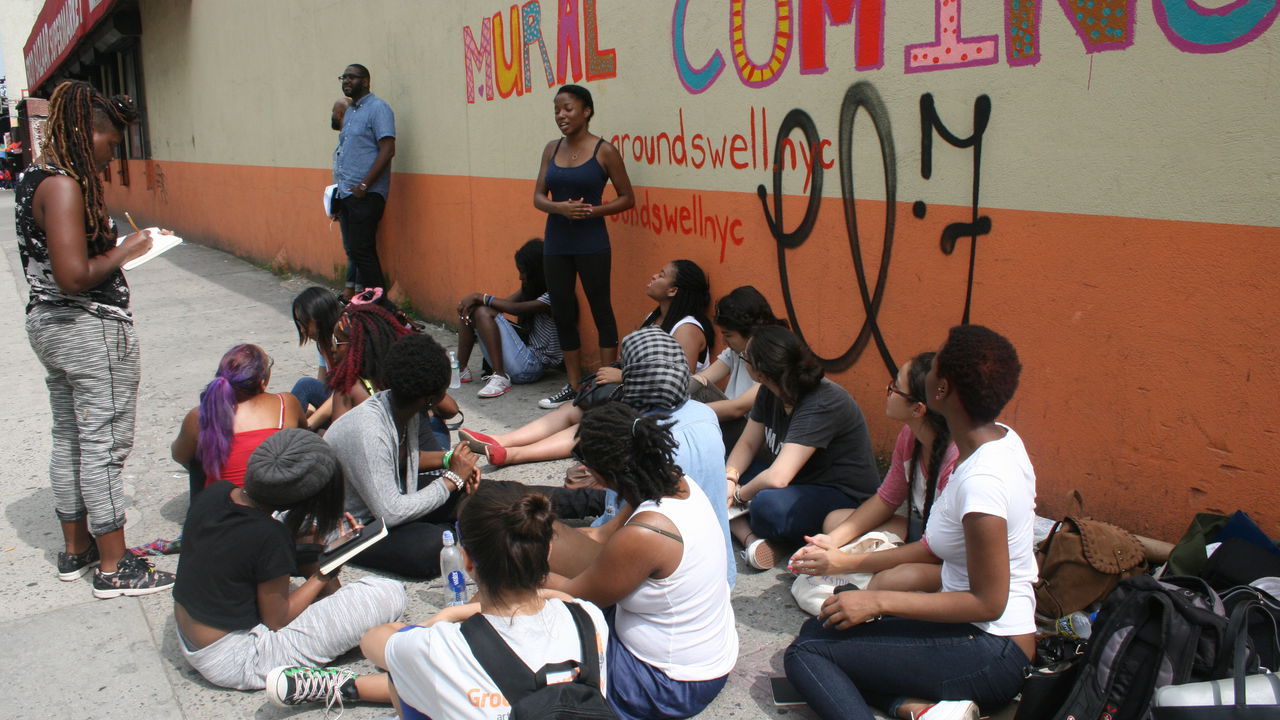 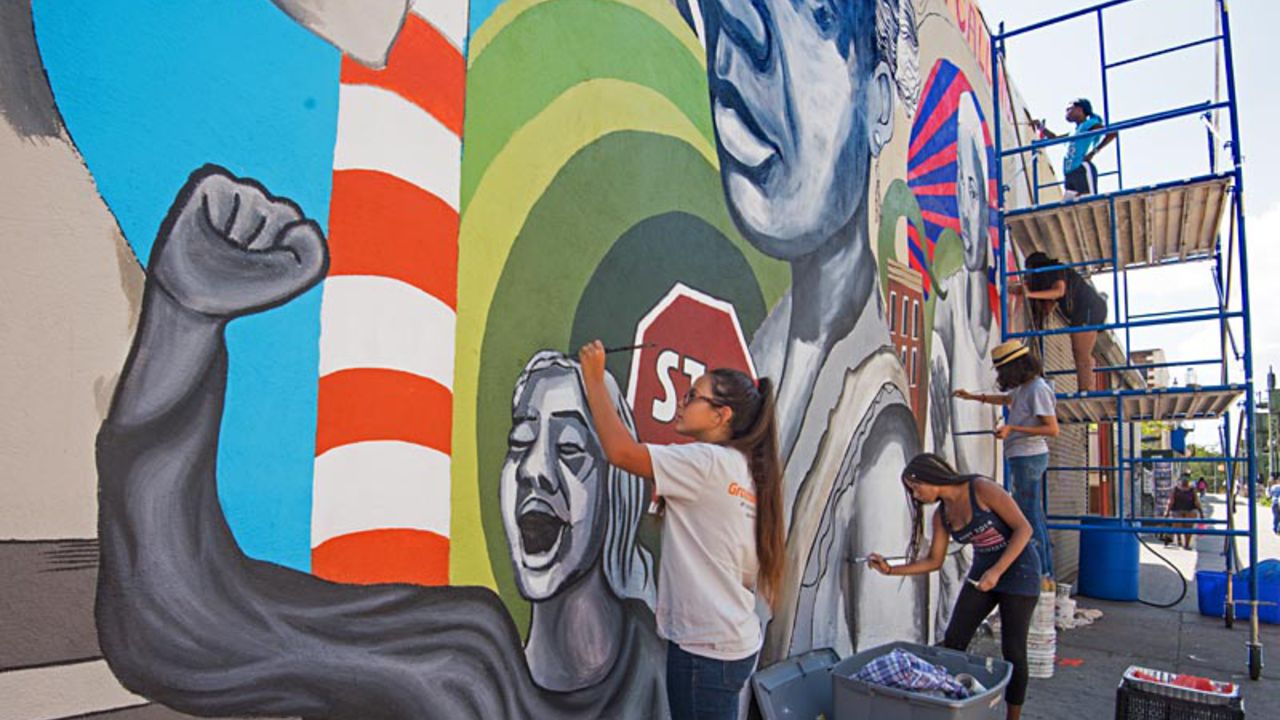 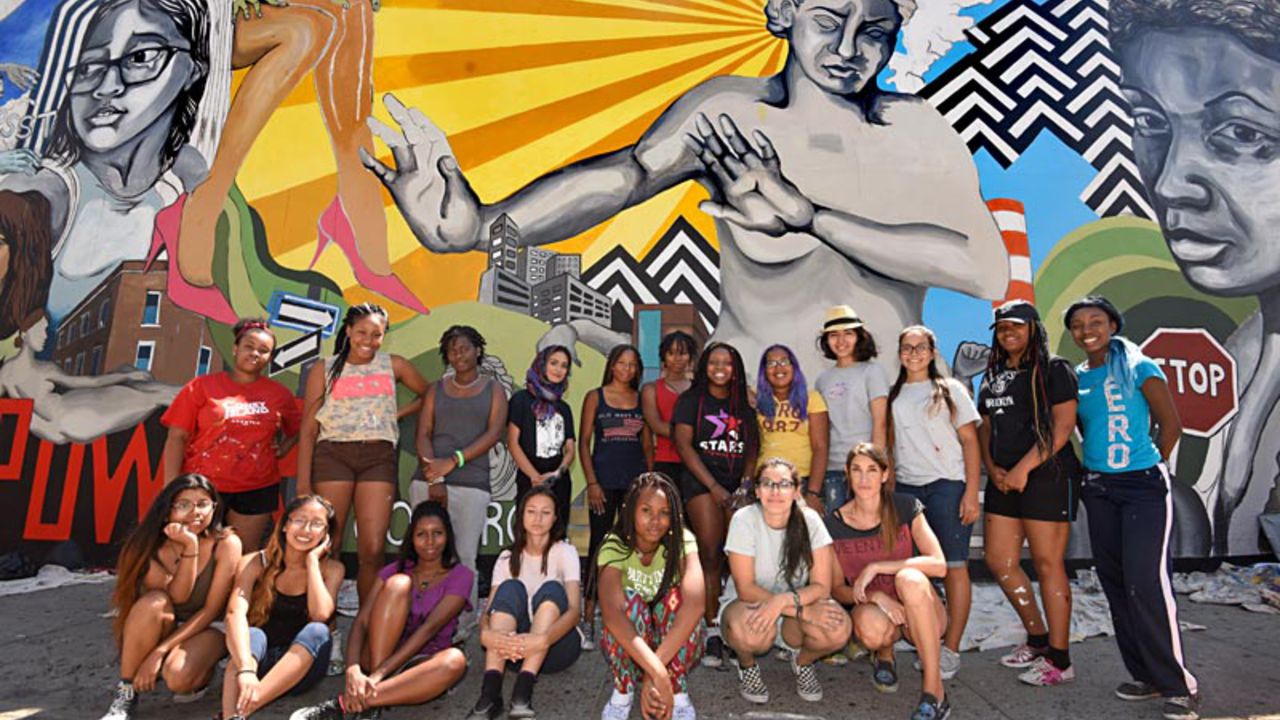 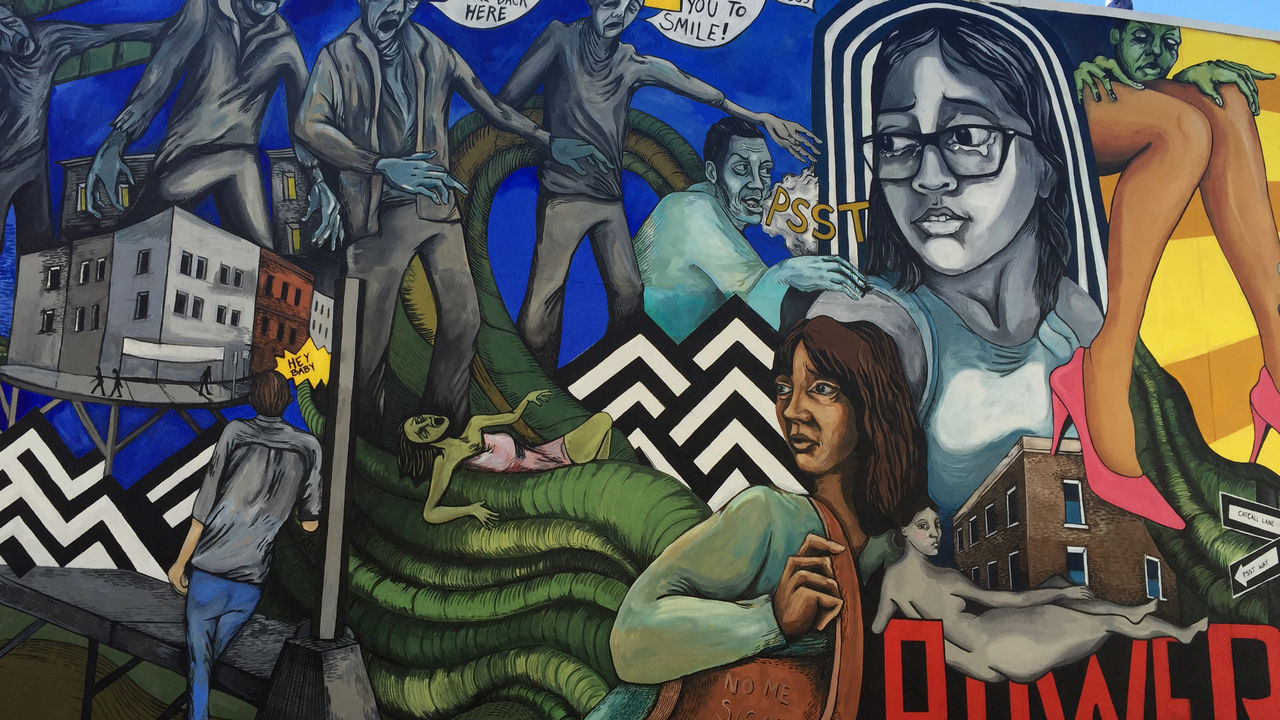 Brought to national attention with groups such as HollaBack! and Stop Street Harassment, street harassment affects the feeling of safety many women experience on the street. The majority of women have been catcalled while walking the streets of NYC, explained youth artist Eona John about the importance of the mural. Women are harassed to the point of fear being imprinted on their skin. I feel as though the mural made the fear and annoyance of the women of NYC come to life. To complete a mural on street harassment, the young women researched and referenced concepts from feminist activist graphic art, from political posters to more contemporary works by artists such as the Guerrilla Girls, Jenny Holzer, Ellen Gallagher, and Maria Atcha-Kutcher. The team also referenced Ms. Marvel and Priya Shakit comics to help build a graphic and imaginative narrative. Respect Is The Strongest Compliment uses a comic book style to show a narrative of change. On the left, a group of men depicted as zombies stumble across the mural as they catcall women, who are wary of the men. At the center, a classical statue inspired by art historical styles rejects the catcalling. To the right of the figure, women stand powerfully with a series of anti-calling declarations, such as I Object to Objectification and Stop. A To Be Continued bubble acknowledges that the mural is just a part of the ending of street harassment, and more work must be done to change the culture that perpetuates gender-based violence. Watch video series on the mural by WNET Thirteen.