The Power of Flourishing Minds 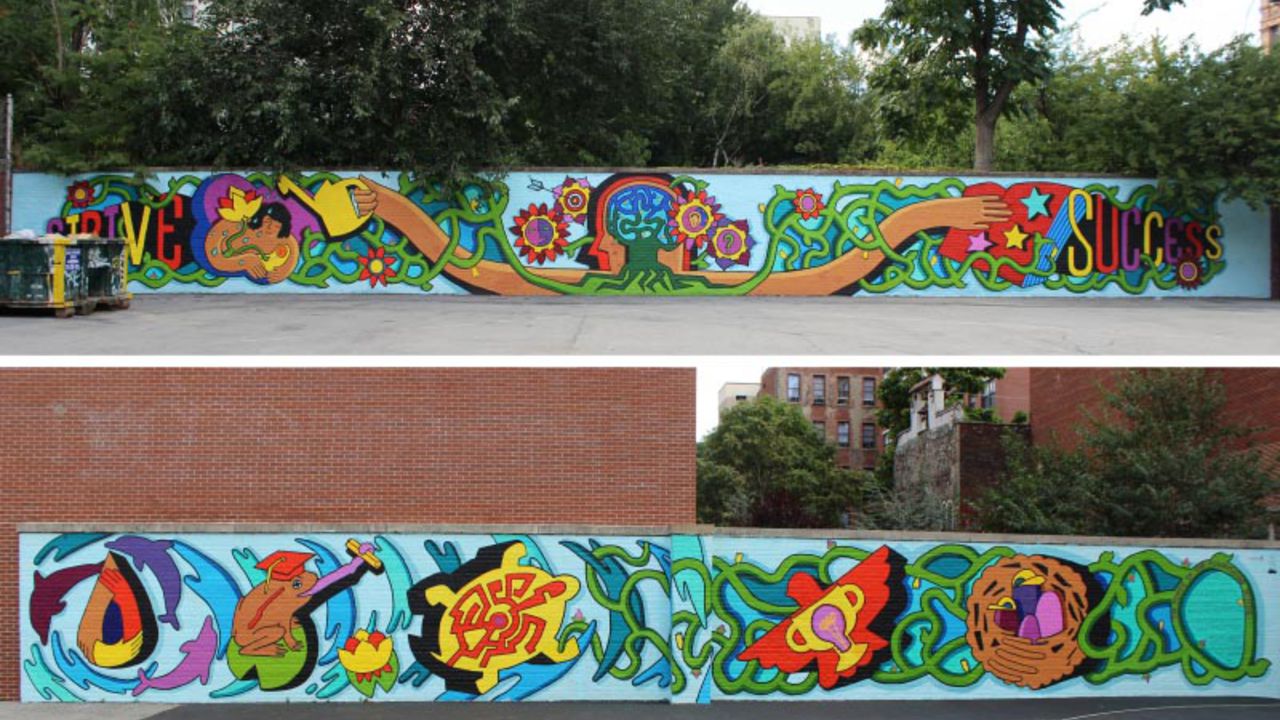 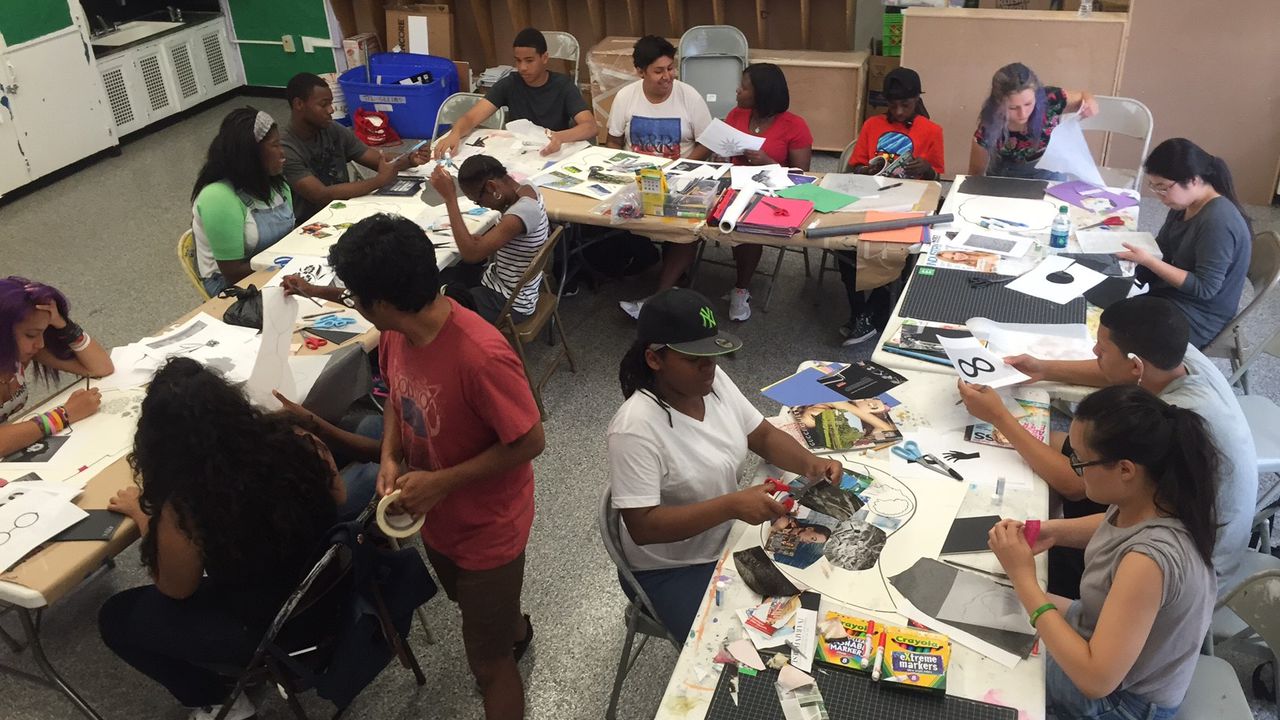 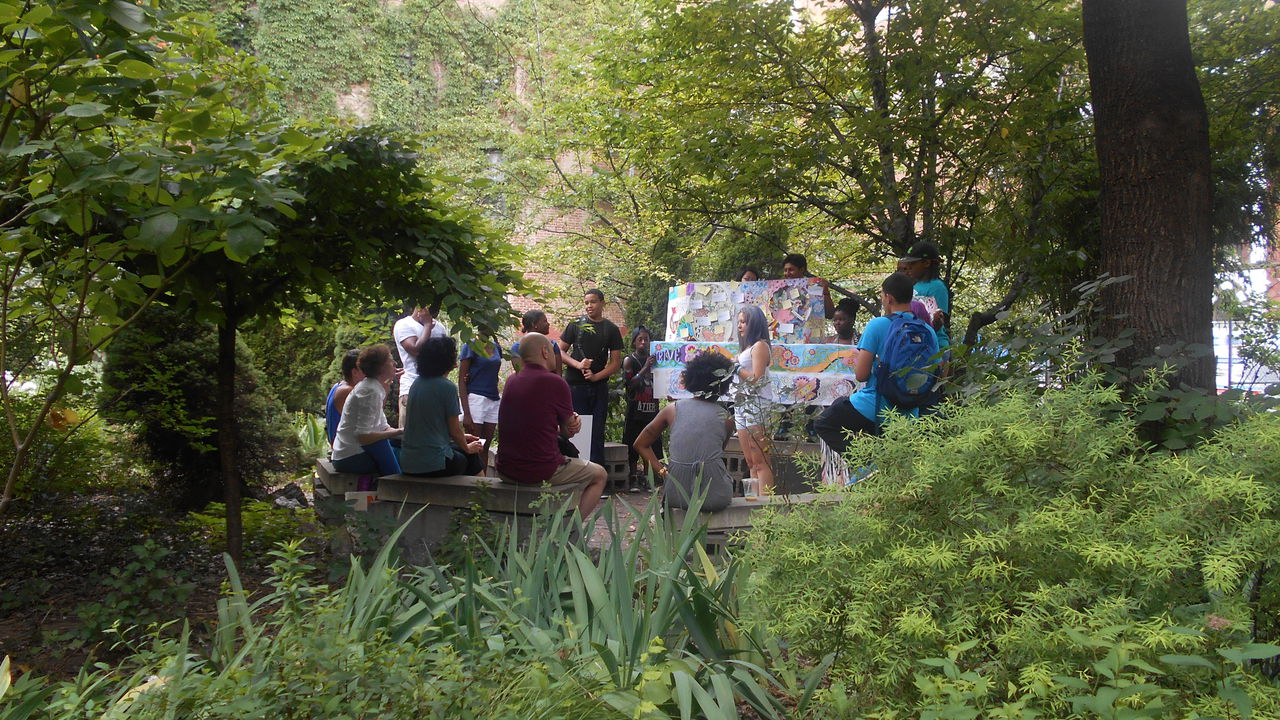 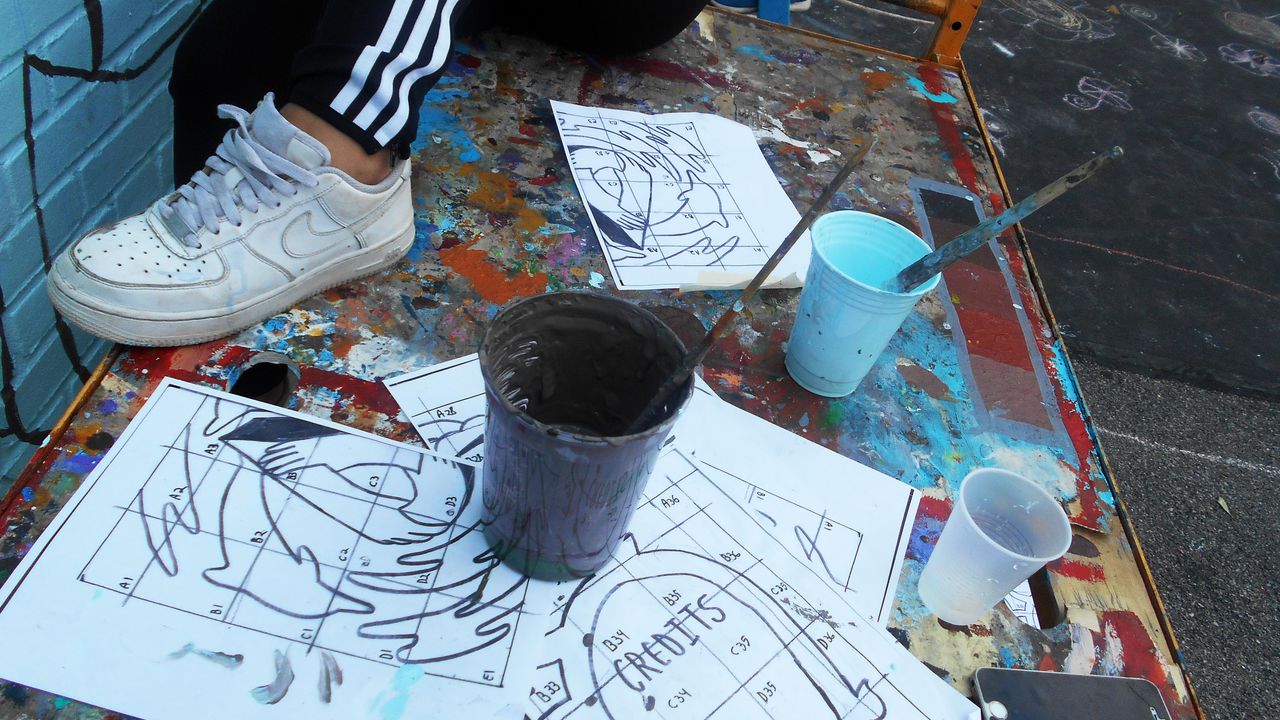 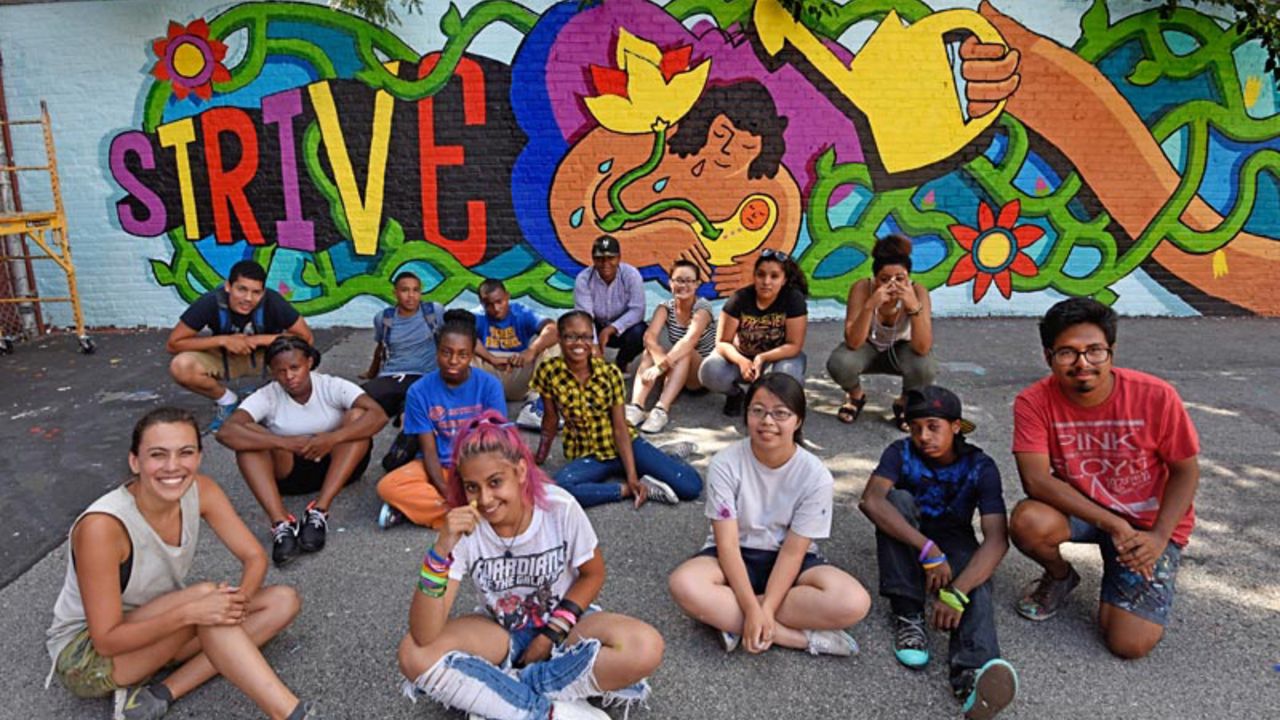 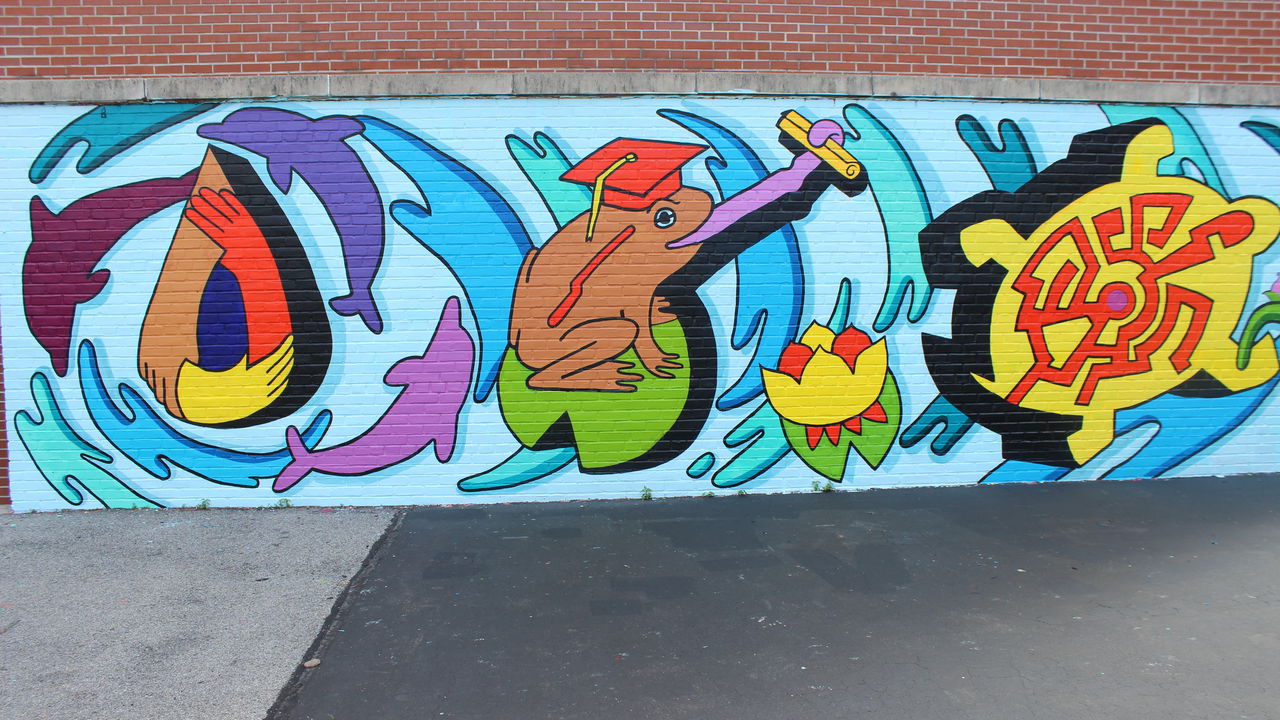 In partnership with The Trust for Public Land (TPL) and PS 15 The Roberto Clemente School campus, Groundswell inspired stewardship of the environment in youth artists through the artistic transformation of an East Village school campus playground. The Power of Flourishing Minds depicts the Habits of the Mind educational philosophy, which describes sixteen intellectual habits to solve a problem such as persistence, creativity, and interdependence. Installed across two walls in the playground, the mural design reflects upon the values highlighted in the PS 15 The Roberto Clemente Schools Habit of the Mind philosophy. These values are juxtaposed with imagery celebrating the environmental stewardship mission provided by TPL. The central image of one wall is a figure with arms outstretched, emphasizing the young people's vision of the idea of reaching for your goals. Vines and leaves hold the images together, to further reflect upon the idea of nature and the concept behind unity, interconnection, and network. The second wall aims to inspire both young and old alike to strive for success, using vibrant images such as a nest composed of hands, a Phoenix bird, and a turtle with a maze for a shell. Throughout the mural-making process, the youth engaged in nature as a tool for learning, inspiration, and creativity, said TPL Executive Director and Chief Executive Officer William Rogers. They have become ambassadors for environmental stewardship through this collaboration, and The Power of Flourishing Minds will ensure healthy, livable communities for generations to come.