The Seasons of 4 Downing 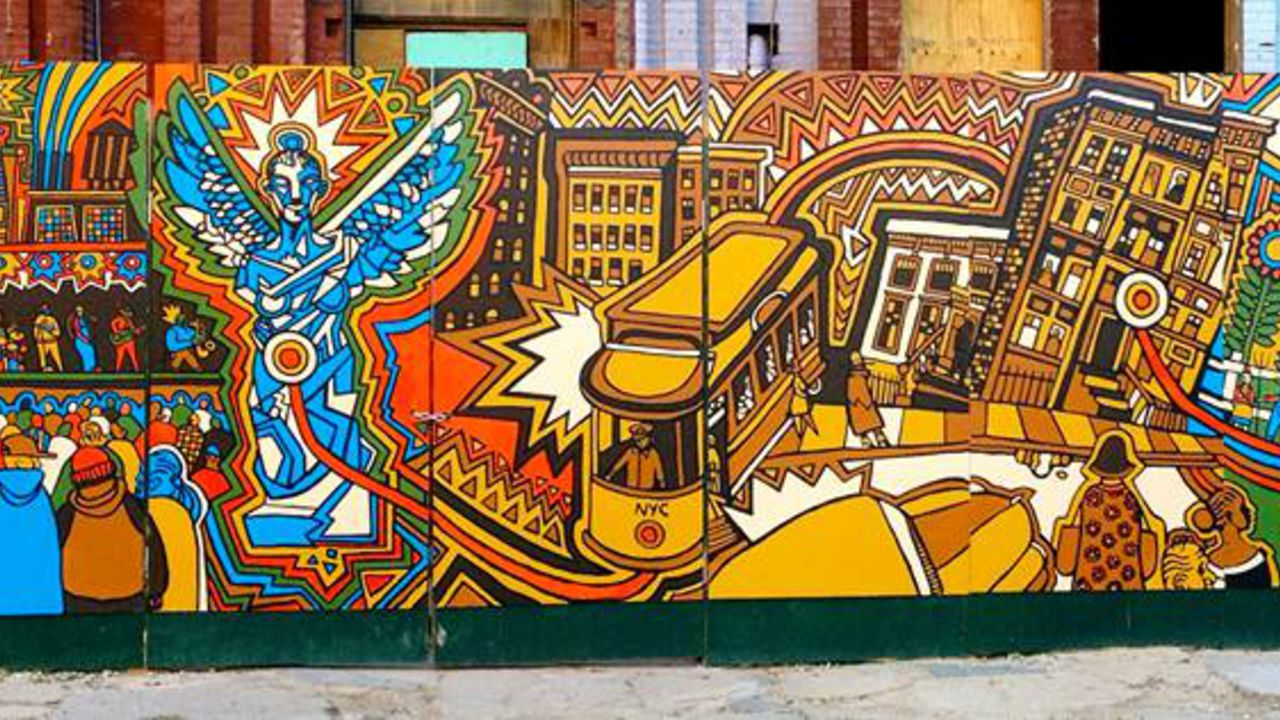 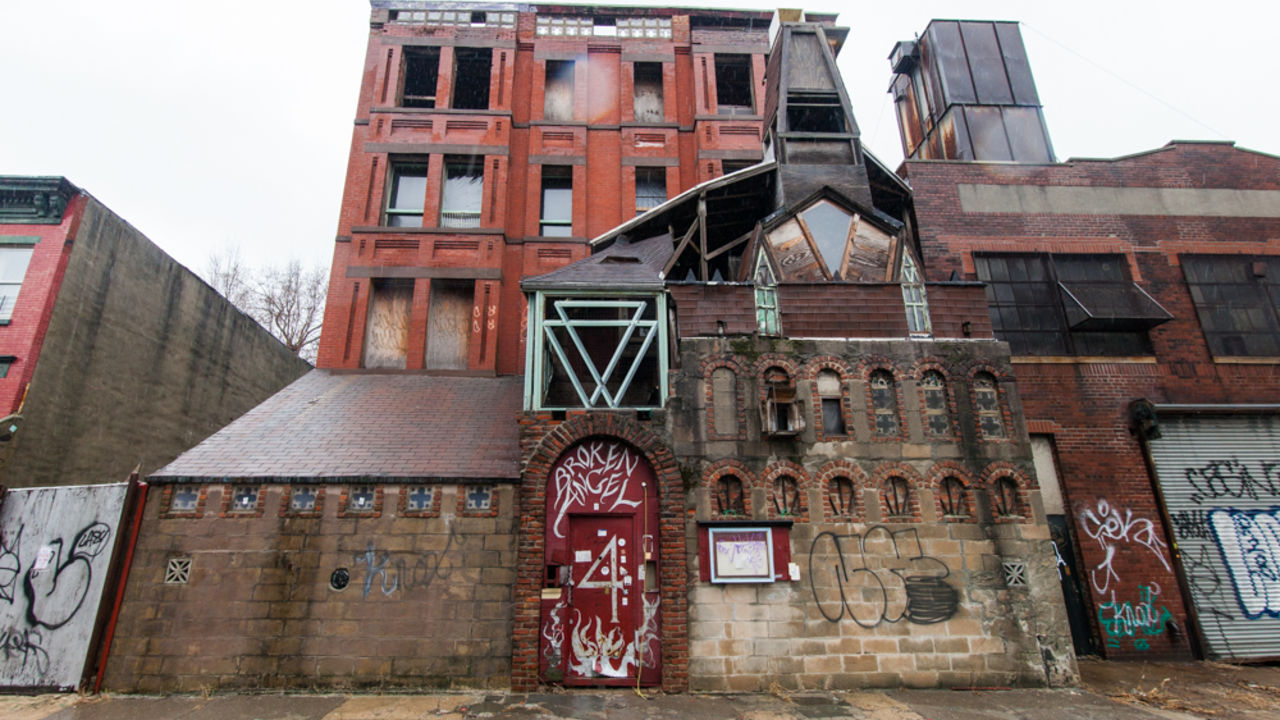 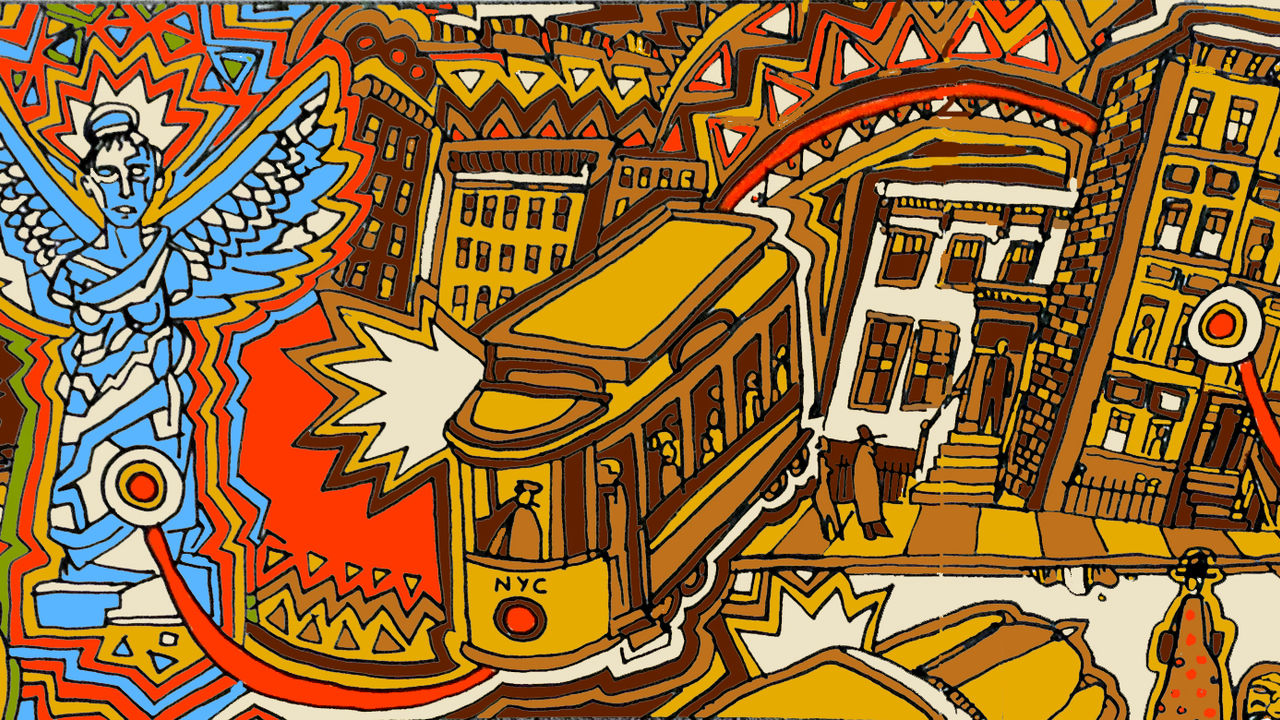 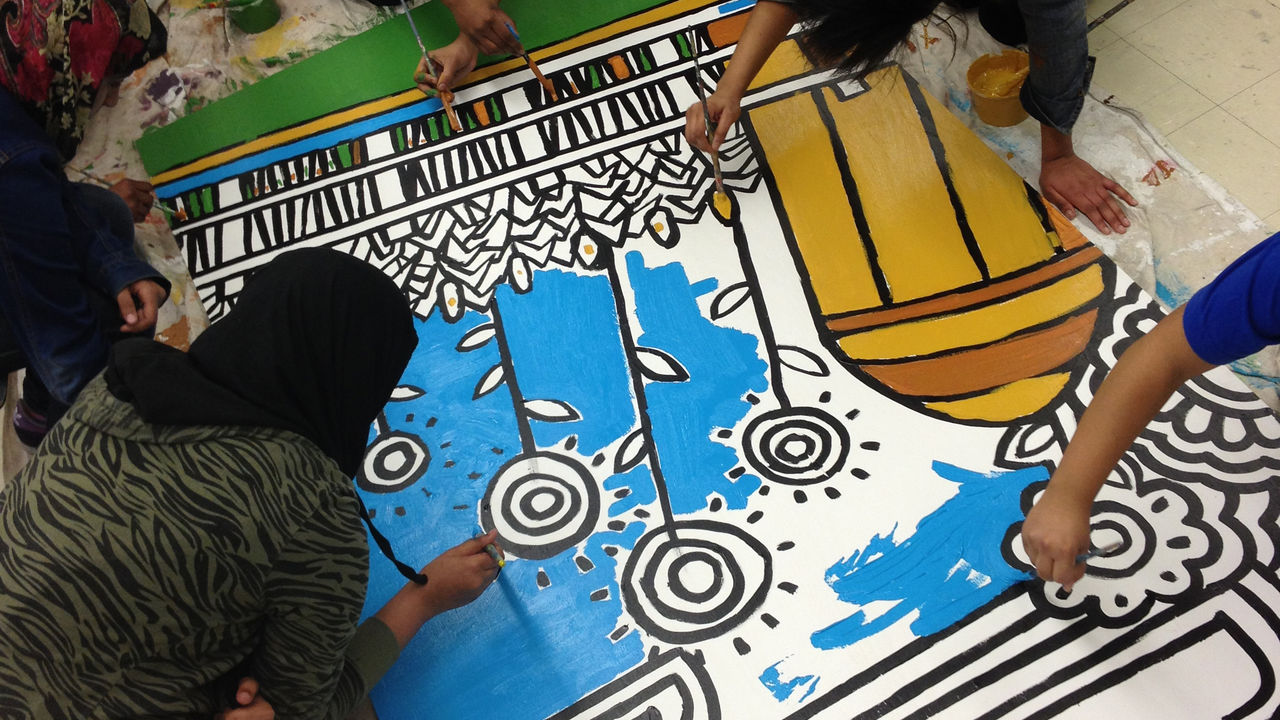 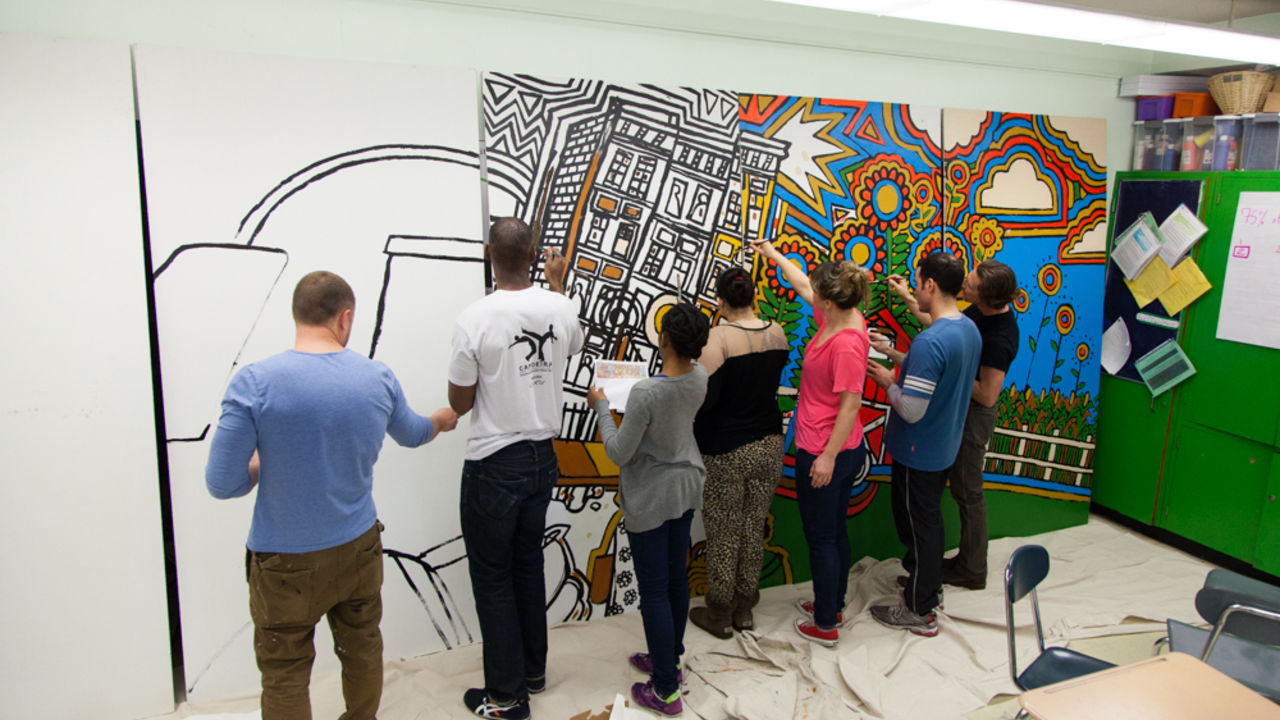 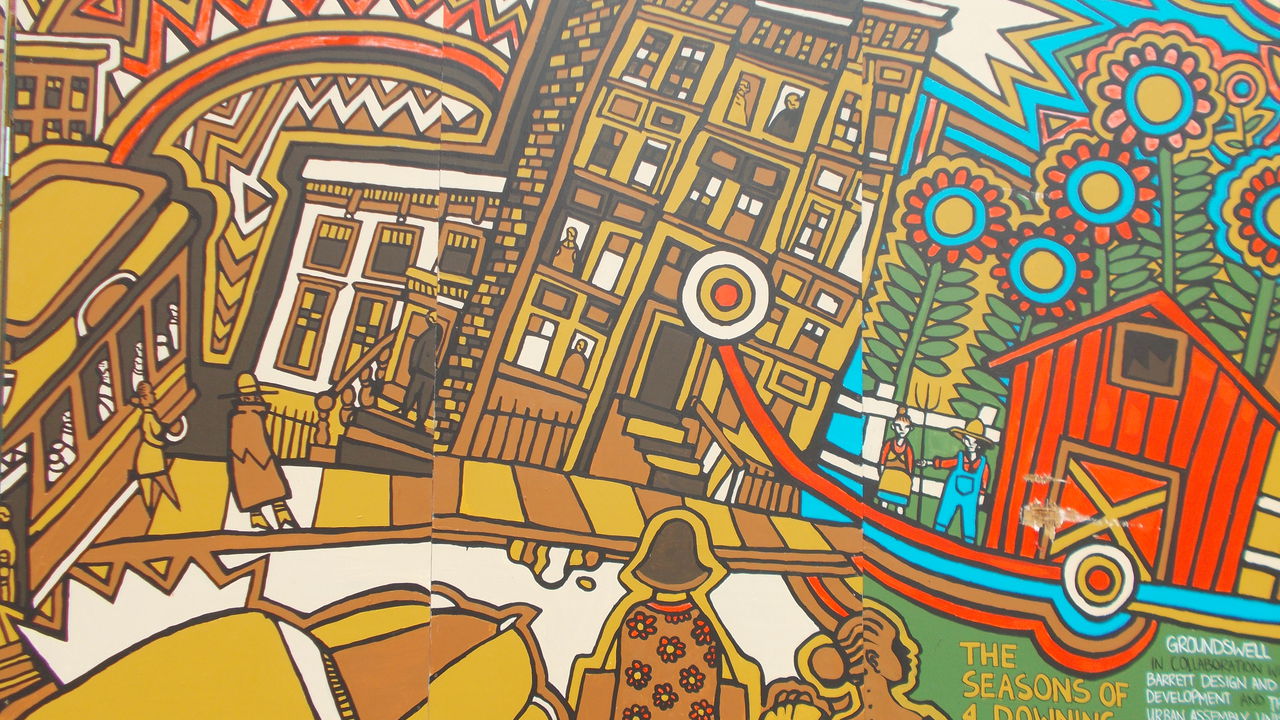 Groundswell partnered with Barrett Design and Development to create a mural project celebrating the history of one of Brooklyns most unique- the "Broken Angel" building at 4 Downing Street in Clinton Hill. The site was originally a farm in the 1800's, then it was turned into a tenement building, an office for trolley cars, and back to an apartment building until it was abandoned for some time and finally sold in 1979 to a man named Arthur Wood for $2,000. Wood and his wife Cynthia turned the building into the "Broken Angel" building by adding ad hoc architectural additions until it eventually towered nine stories above sidewalk level. The building was later condemned for violating building codes. This passage of time and history is represented in the mural panels by the red path of a trolley car and the stops it makes along the way a farm, a tenement building, a trolley car, the broken angel symbol, a block party (a nod to Dave Chapelle's "Block Party" filmed on location in 2005), to the bright future of what the building will become in the capable hands of Barrett Design and Development, which has taken over ownership of the building.