You Can Take Our Homes But You Can't Take Our Hearts 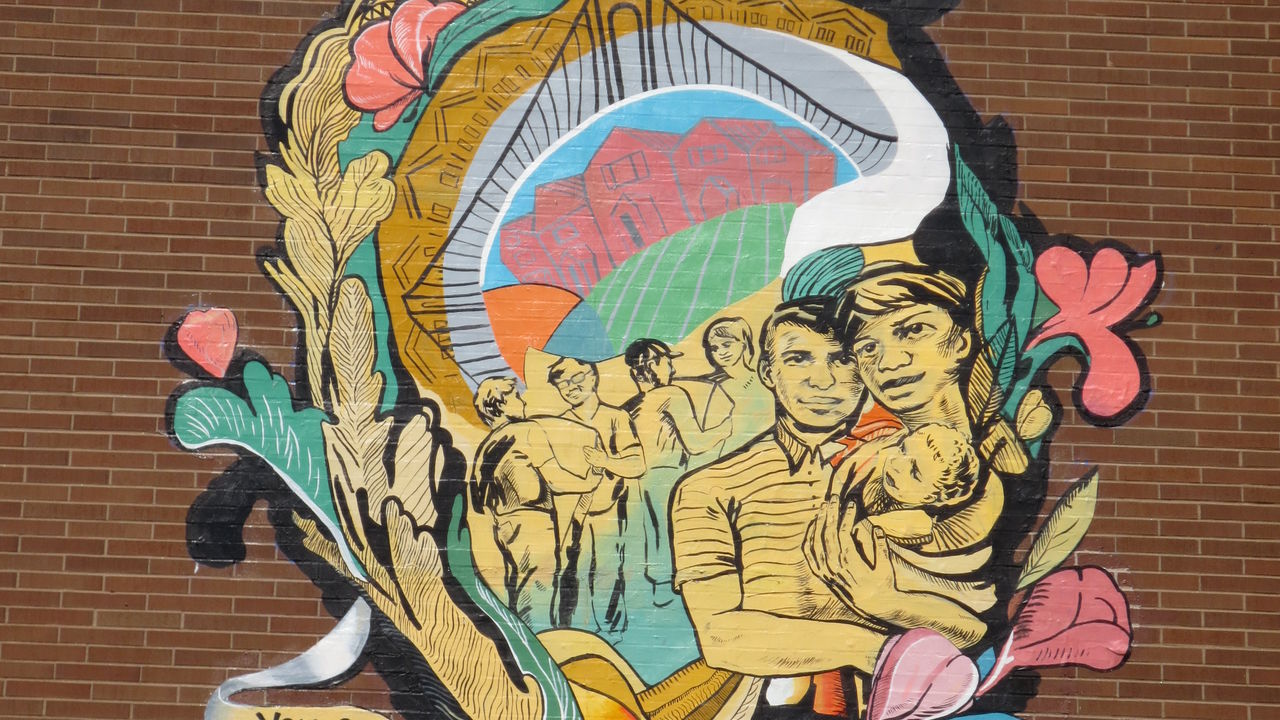 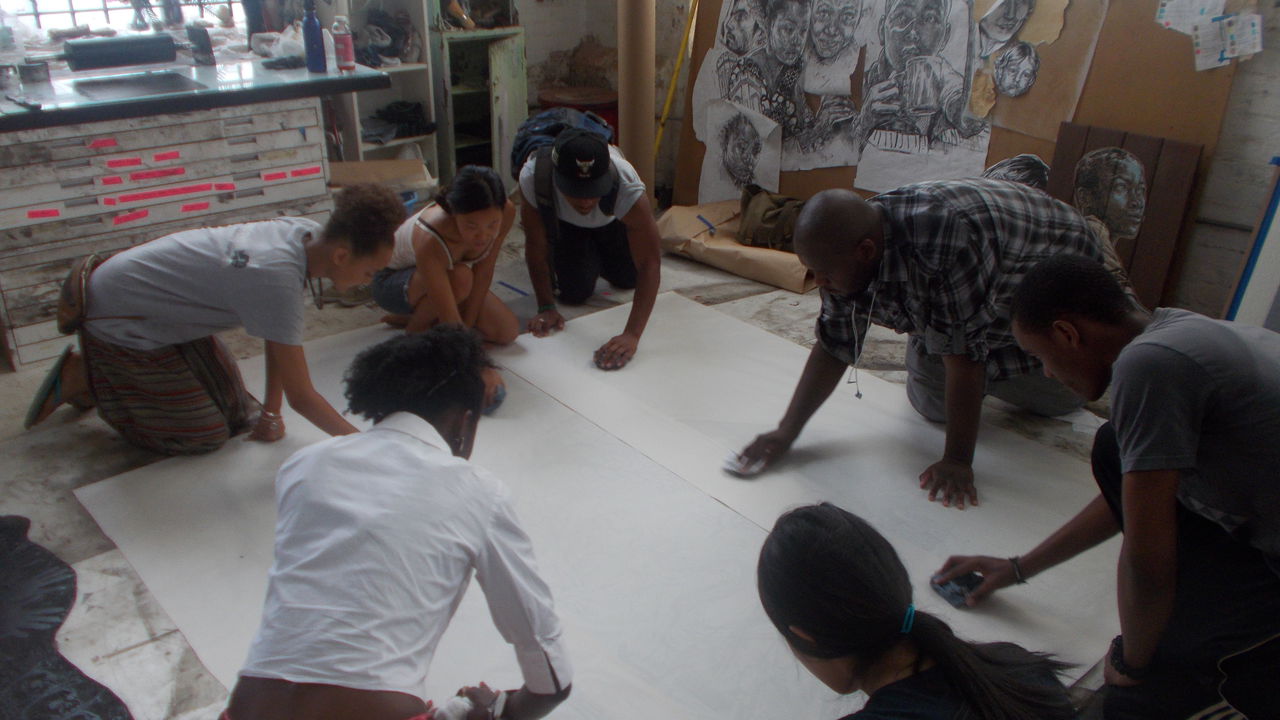 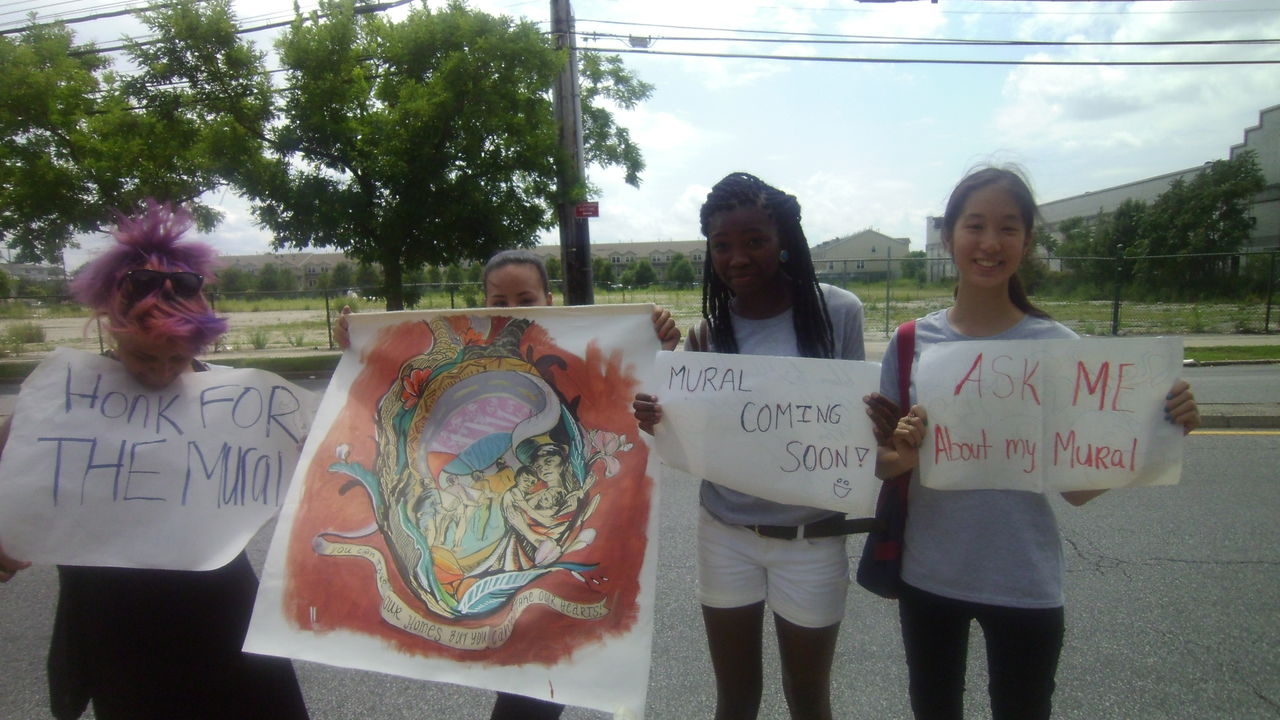 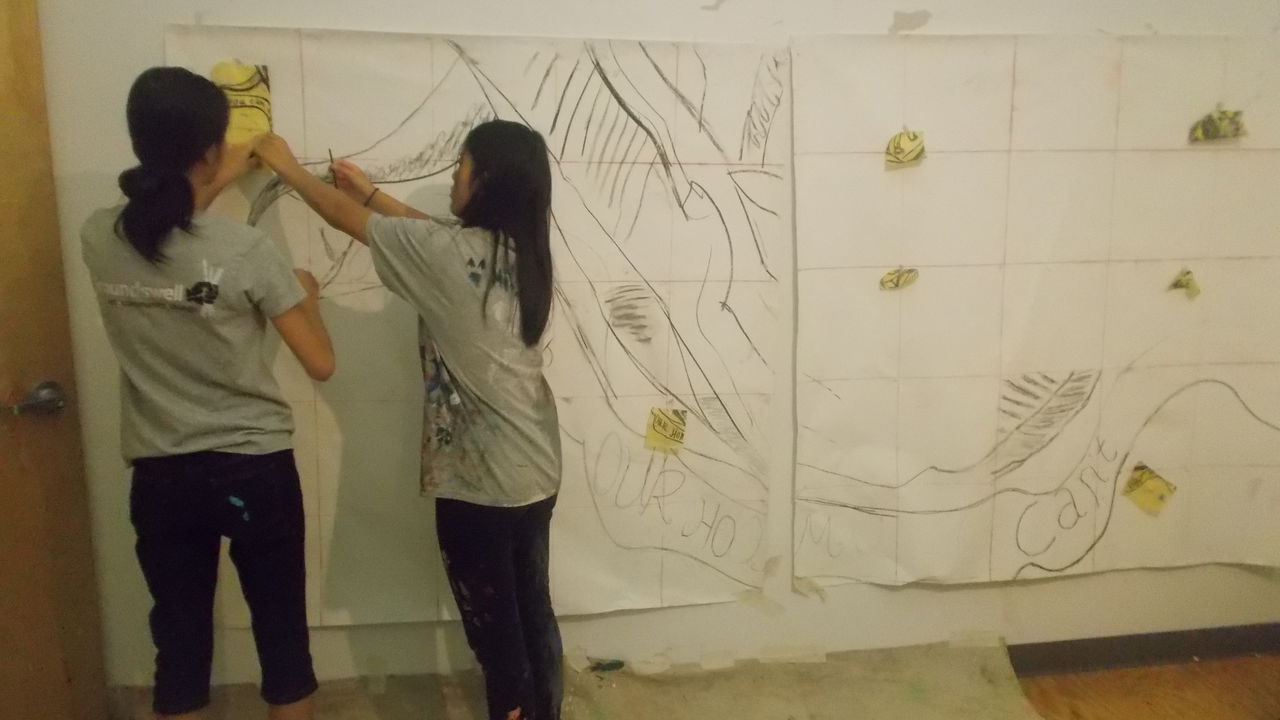 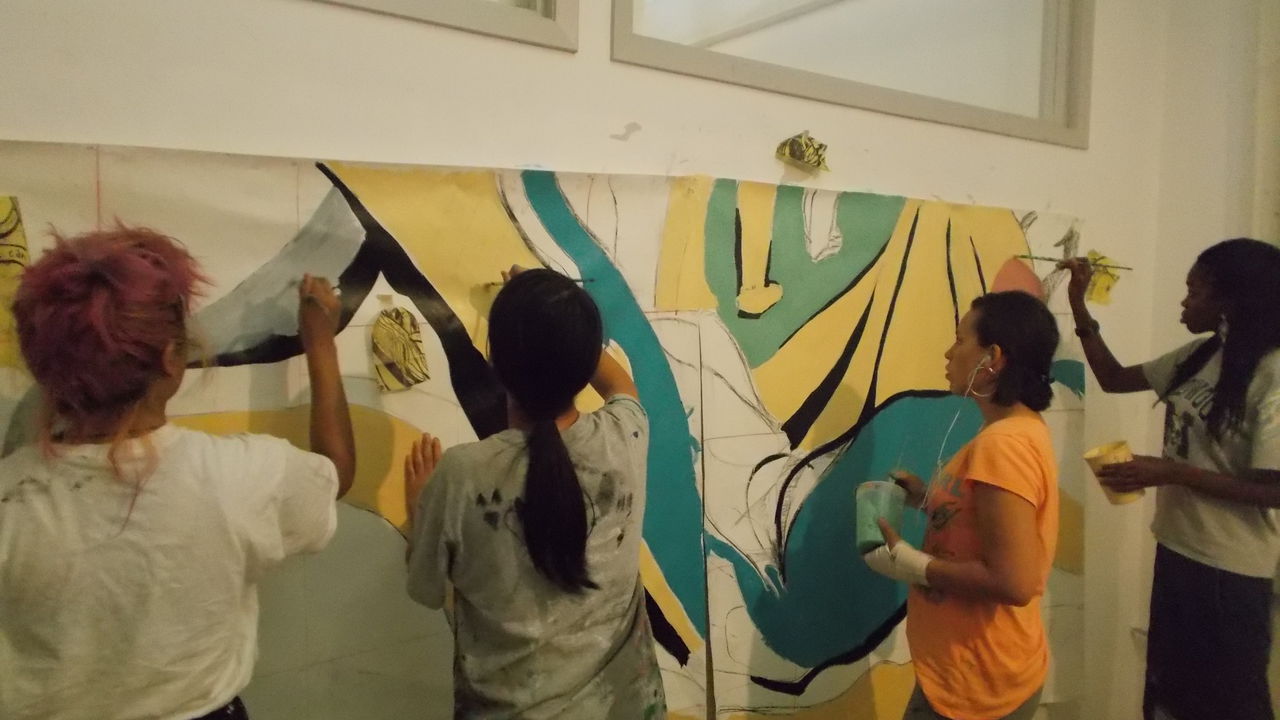 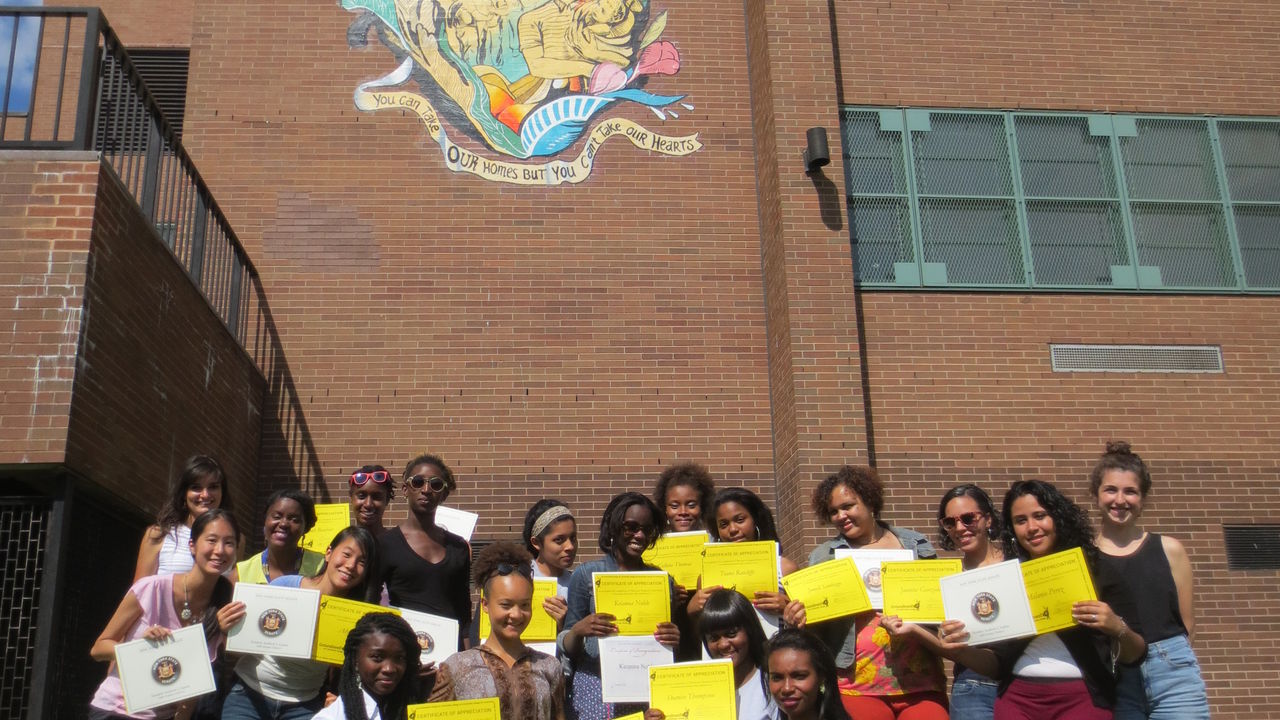 You Can Take Our Homes But You Cant Take Our Hearts was created as part of Recovery Diaspora, a collaborative citywide public art installation created by Swoon, together with youth from Red Hook, Coney Island, Staten Island and the Rockaways, among the neighborhoods most affected by the storm. As a response to the devastation caused by Superstorm Sandy, teen artists drew from stories of healing and recovery to create a visual narrative that captures the concerns, hopes, and overall spirit of these communities.

You Can Take Our Homes But You Cant Take Our Hearts illustrates the hope and optimism of the people of Staten Island. The mural takes the form of the human heart, stronger and more resilient as families return and homes are rebuilt. In the mural, a stained glass motif suggests that the school where the mural is installed, New Dorp High School, is also a sacred space, where neighbors helped neighbors in the days and months following Superstorm Sandy. The young women responded to feedback from the community on their design during a public design sharing. During this sharing, local residents expressed their desire to see a more optimistic vision for the final image than the teen muralists originally proposed.

The young women artists responded to this feedback, and the 12 ft wide by 17 ft high mural was unveiled to the public in August 2013. A representative from State Senator Adam Lanzas office was on hand to present the teen artists with certificates of appreciation. NY1 covered the event, expanding its reach beyond New Dorp High School to the entire borough of Staten Island.

The four murals created through Recovery Diaspora are tied together by a temporary site-specific mural on the famed Bowery Mural wall, created by Swoon herself. Scheduled to coincide with the anniversary of the storm in October, it is a testament to both resilience and vulnerability, and by engaging the public in its design, it serves to highlight the importance of continued relief efforts by and for Sandys victims.