Well, this is my story and I'm not going to bore you with a complicated and unnecessary list of facts of how I came from there, and now I'm here. Just like any other young teen just starting out working at a job, I was impressionable, uninterested, and didn’t know if this was going to be a sure thing. Still, I was eager to start my very first job, and meet new friends at the same time. I found out about Groundswell from my mother telling me, "Since you're an artist, this organization could be what you’re looking for." 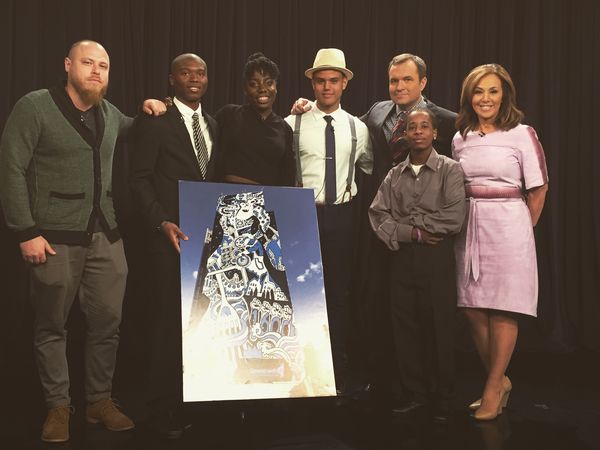 My first mural site was on Junction Boulevard, and the theme was preventing driving while intoxicated. The whole two months I spent painting - well it was more like goofing around and getting yelled at by the lead artists - I didn't take this job seriously because I thought it wasn’t what I was looking for. Until I started my third mural with Misha Tyutyunik. I helped paint a concept design of a painting with Carmen Sandiego's outline filled with historical elements that described SoHo from the 1600's to the present. During this process, I was on television for the first time, and believe me, I wish I was media trained back then because I thought I sounded like a dork when I later watched that clip on Fox 5 over and over again. I also met a famous artist, Jeff Koons and the hosts of Good Day New York, Greg Kelly and Rosanna Scotto, as well.

After that day, I thought to myself, this organization could be a gateway to enriching and rewarding opportunities that could present themselves to me at any time. Being televised was a message to show the world who I am, and what I plan to accomplish as an artist. Nothing can seem like a sure thing at first, but when you stay motivated, committed, and dedicated to a worthy cause because of the message you’re trying to get across, then you get to see that thing through. After a couple more murals, I started to contemplate if I should become an apprentice or an independent muralist. I got the idea from being inspired by artworks and walls done by Misha Tyutyunik and Jeff Henriquez. When the time comes to look to an important decision in my life, I can say, "Groundswell was my starting point."

The Fall of Oppression

This summer, a team of young men of color created a mural encouraging and inspiring their peers to know their value and know their rights. With an approach centered on personal narratives and storytelling, the team challenged notions of identity to break cycles of inequity facing young men of color today.

At PS 54 in the Bronx, a team of students created a mural to teach that they can live peacefully if everyone respects and values one another regardless of their differences. With this in mind, the ...

Turnaround Arts students and staff celebrated the Afro-Caribbean diaspora in a mural. Painted on the schools auditorium stage, Diaspora Arts will be used as a backdrop for a variety of eve...

The Spirit of SoHo

The Spirit of SoHo is a 4,000 square foot mural that scales Aby Rosens latest hotels south-facing wall, designed to celebrate the history and culture of SoHo. SoHo is a diverse metropol...

The Power of Flourishing Minds

In partnership with The Trust for Public Land (TPL) and PS 15 The Roberto Clemente School campus, Groundswell inspired stewardship of the environment in youth artists through the artistic transform...

Hit The Brakes on DWI and Choose The Right Path

Portfolio Development is a rigorous afterschool program for youth interested in creating a dynamic portfolio for college admission and scholarships. 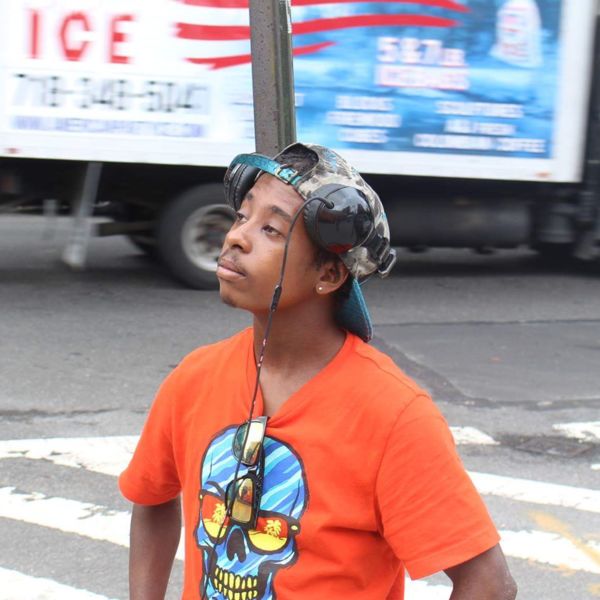