The Spirit of SoHo 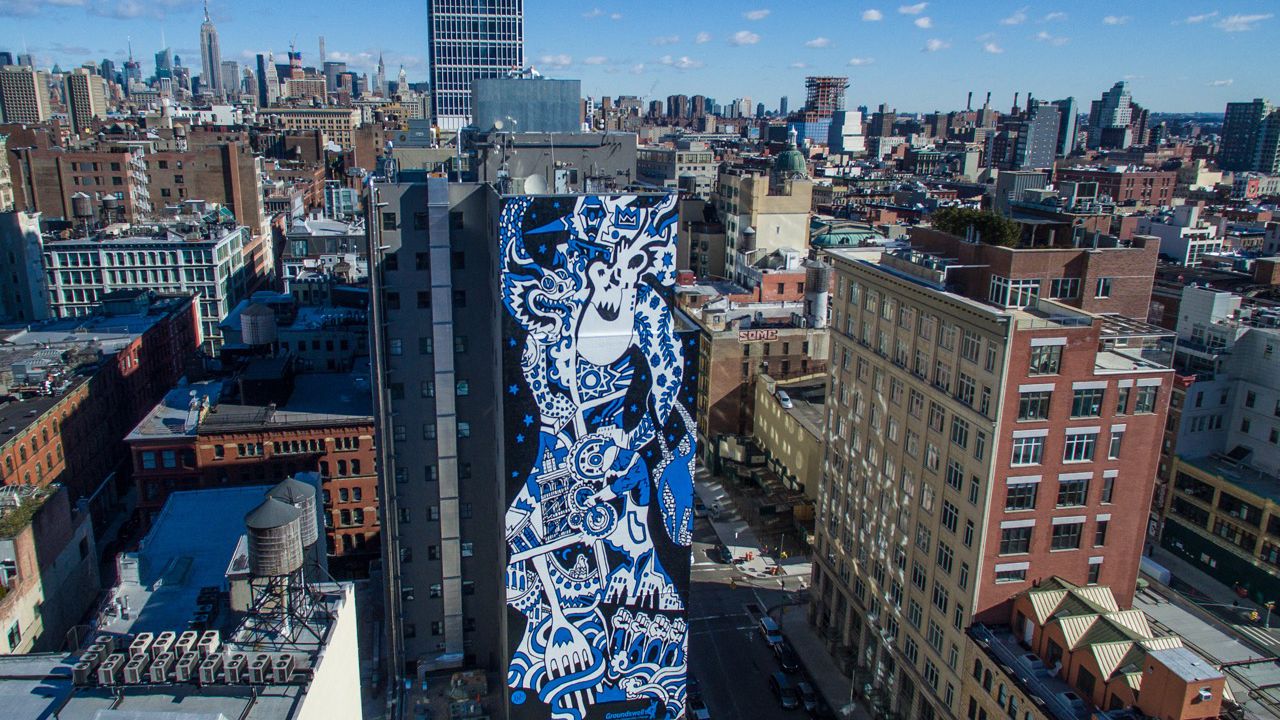 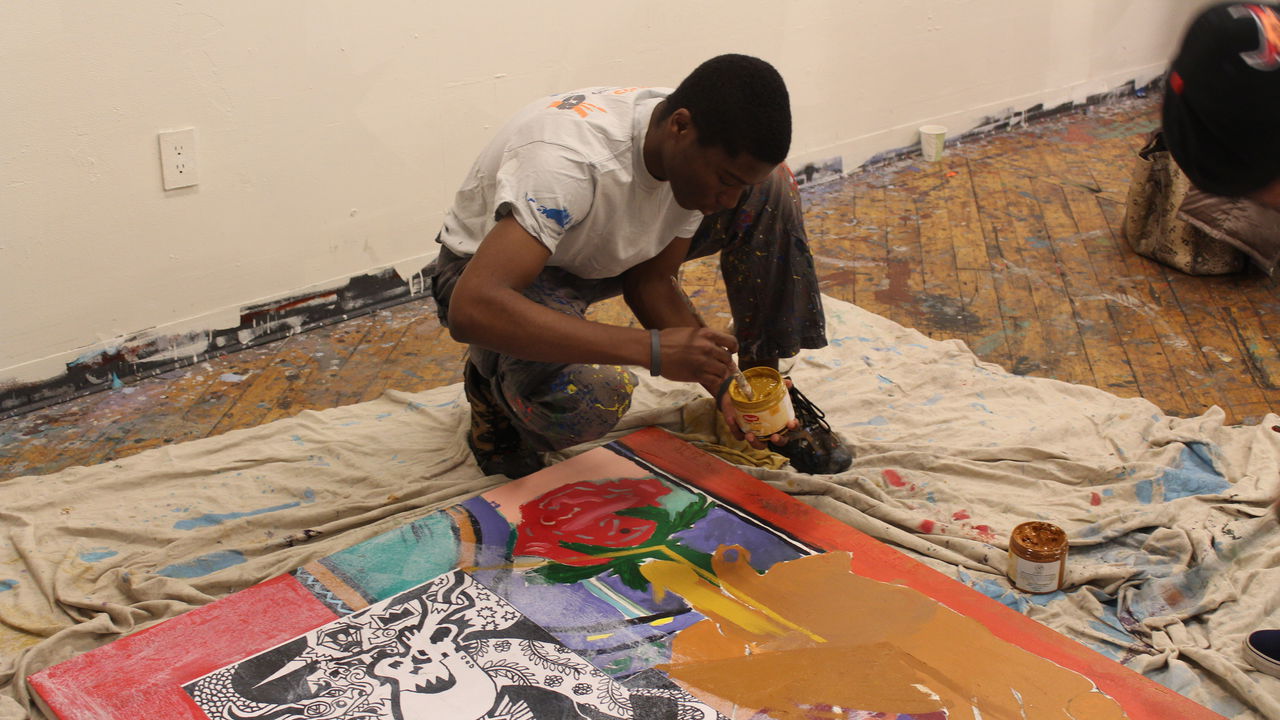 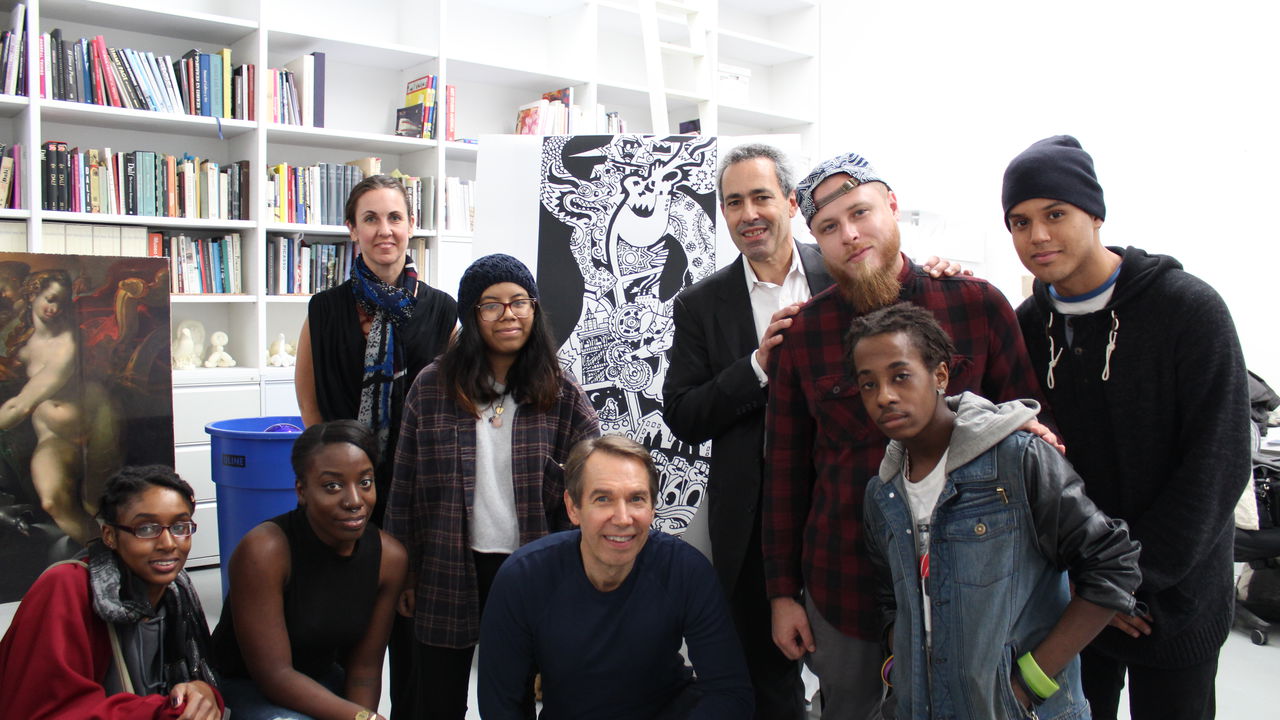 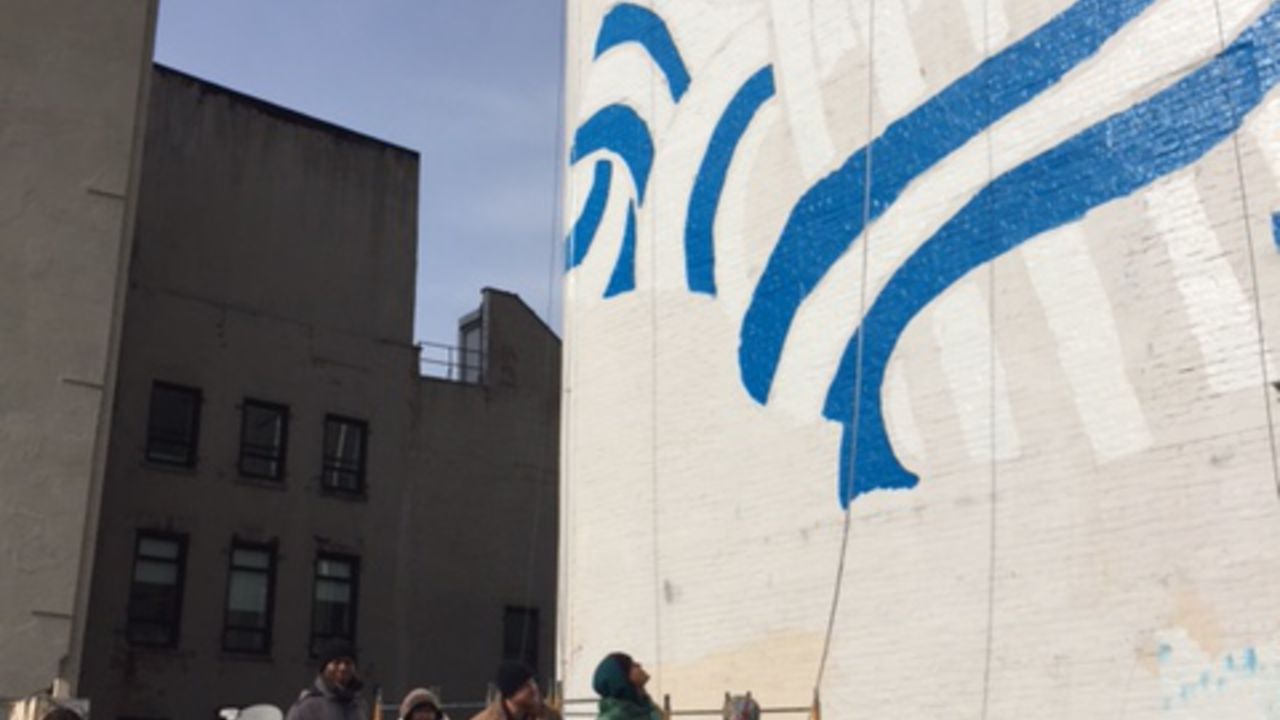 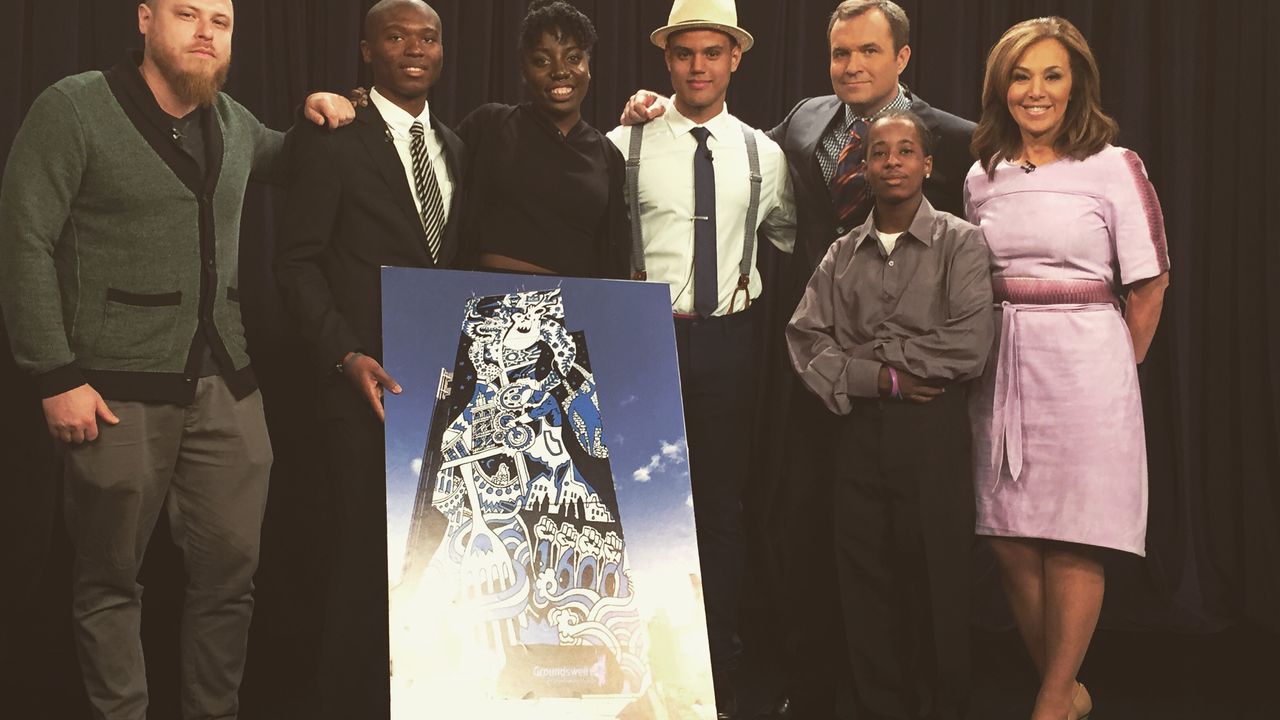 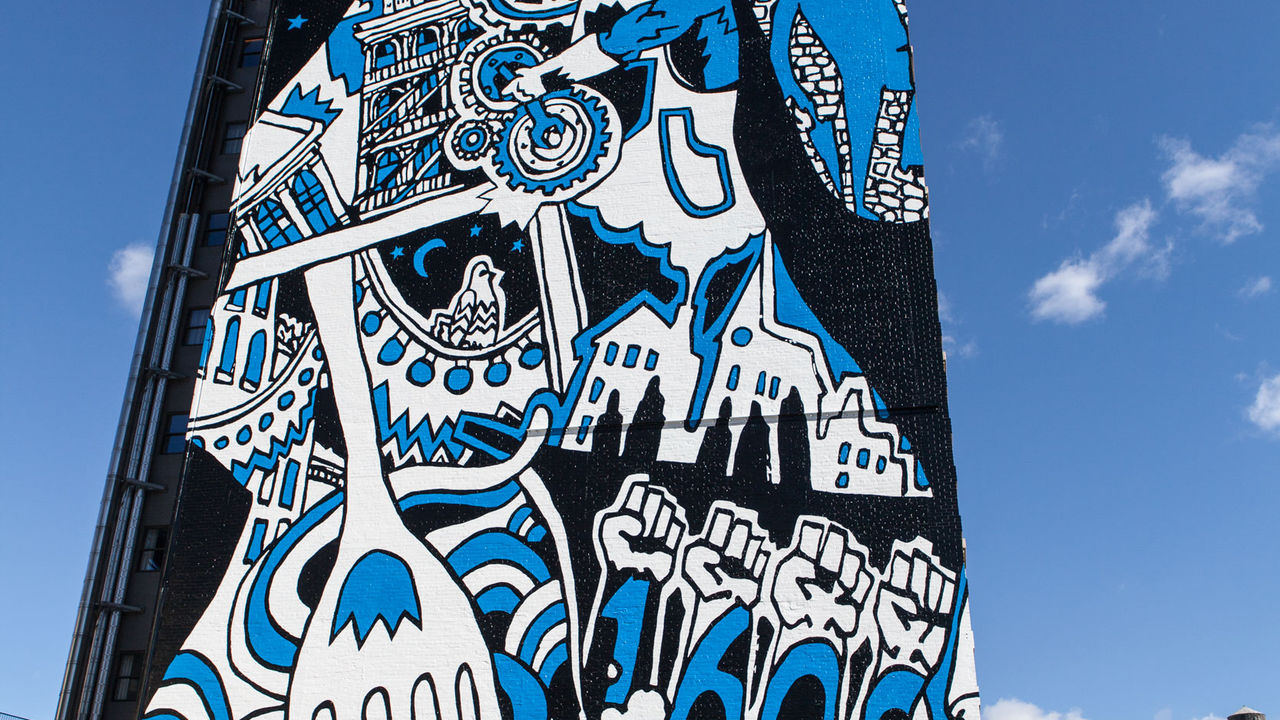 The Spirit of SoHo is a 4,000 square foot mural that scales Aby Rosen's latest hotels south-facing wall, designed to celebrate the history and culture of SoHo. SoHo is a diverse metropolitan district in Manhattan characterized by its iconic history, fashion, music, and food. Young artists collaborated with renowned contemporary artist Jeff Koons in planning the mural. The students who designed the mural were enrolled in the Artist Apprentices Program at Groundswell; the program included research about the neighborhood, visual literacy exercises, and design workshops to generate ideas and images for the mural. Each artist developed their own design concepts for the mural and then came together to develop a final design that incorporated all of their ideas. The overall shape of the mural is a female figure who embodies the spirit of SoHo through the imagery within her silhouette. The woman's body language conveys the confidence and pride that people experience as members of the SoHo community. The floral pattern on the woman's arm is meant to illustrate the growth and beauty that characterizes Soho's past, present, and future. Several symbols are used to represent the history of SoHo, such as the ship that contains 1600 and Black Power fists, exemplary of the fact that SoHo was the first free black community in the United States. A crown is depicted to pay homage to Jean-Michel Basquiat, a member of the artistic movement in the 1980s that contributed to SoHos fame. The SoHos vibrant nightlife is denoted by a trumpet player. A fork wrapped in spaghetti references to Little Italy and the various restaurants and music venues within the neighborhood. Additionally, the factory worker grinding gears represents the garment industry that was highly relevant in the neighborhood during the turn of the 20th century. SoHo is still considered one of the finest fashion and nightlife districts in New York City and the mural is meant to be a piece that inspires visitors to explore the area and shop. The Spirit of SoHo acts as a gateway into the neighborhood and embodies the spirit of the community.