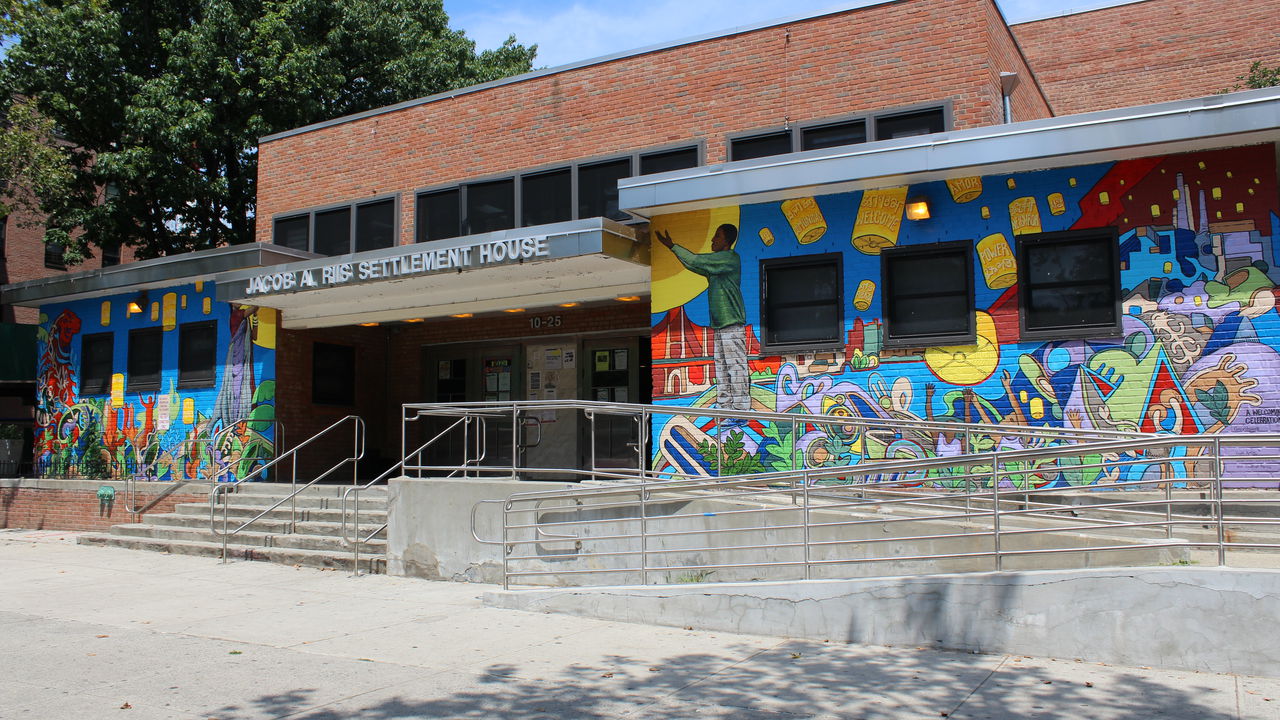 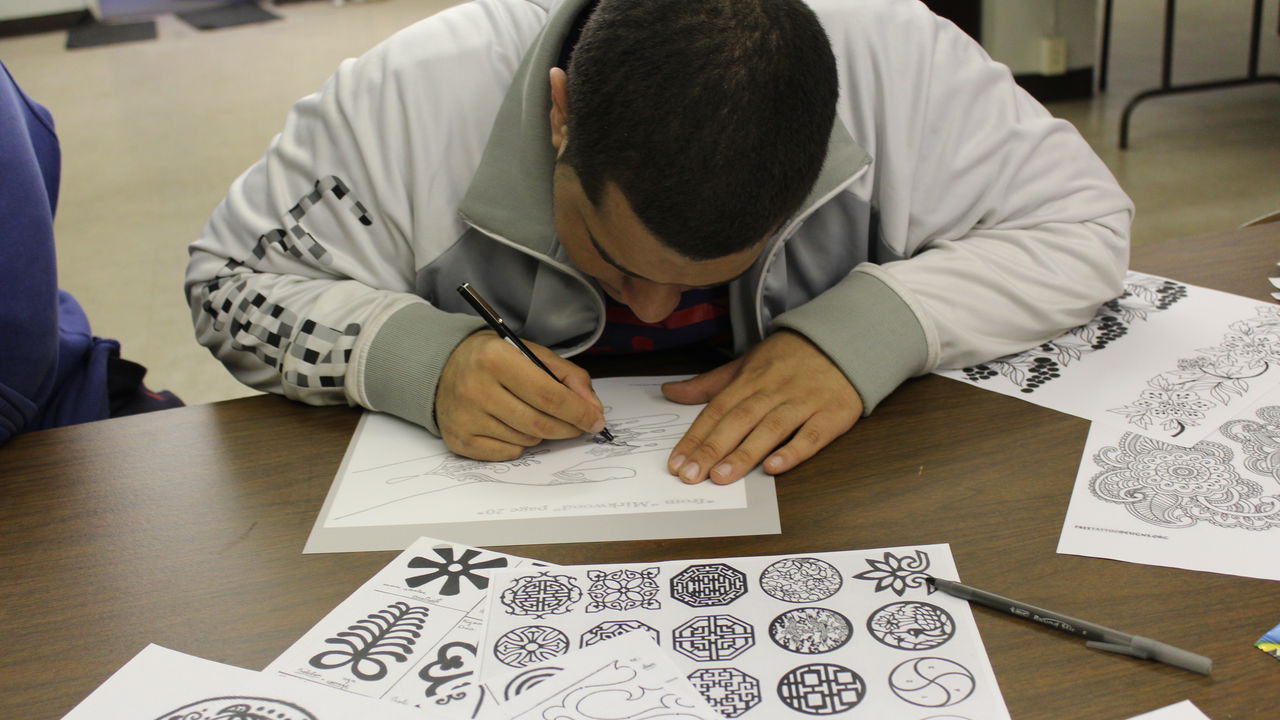 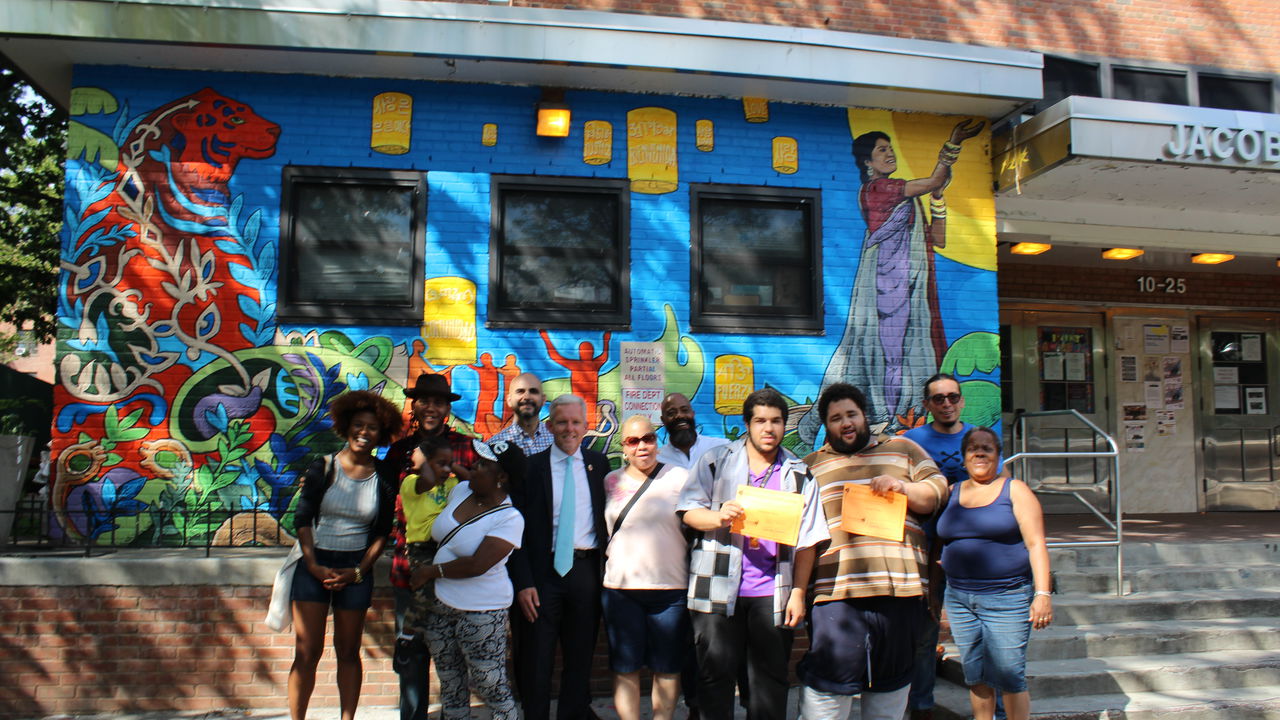 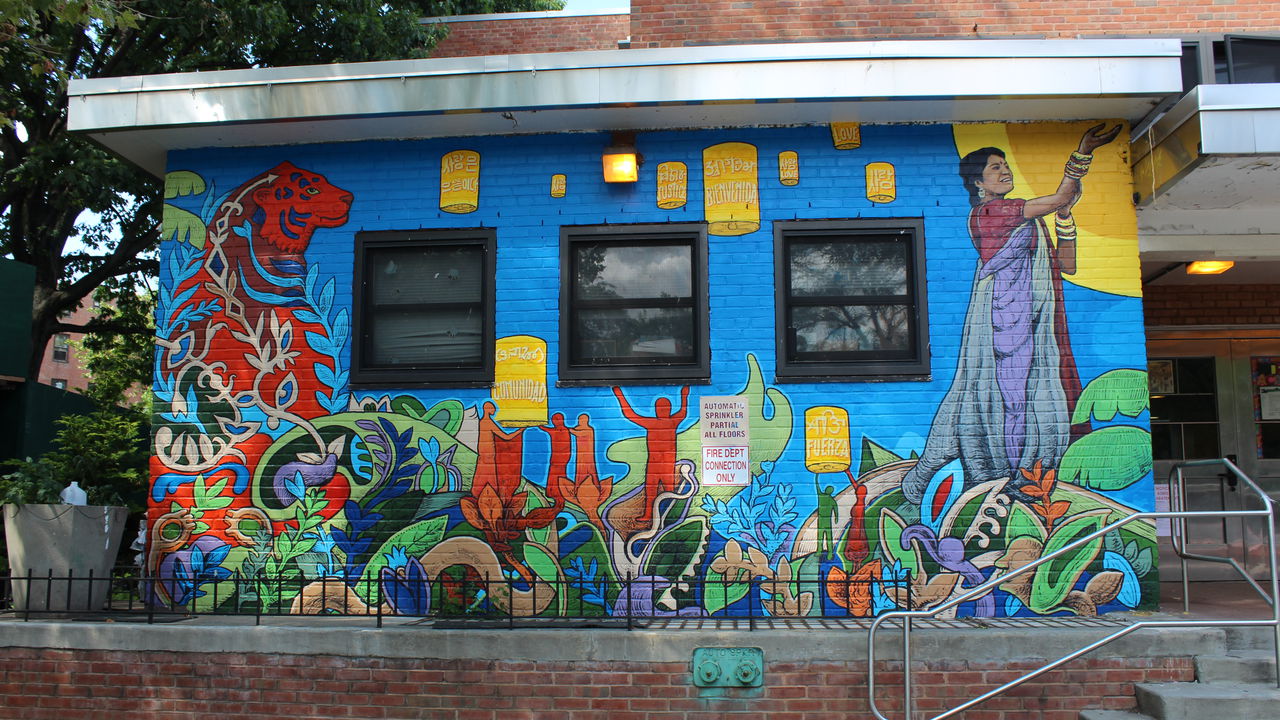 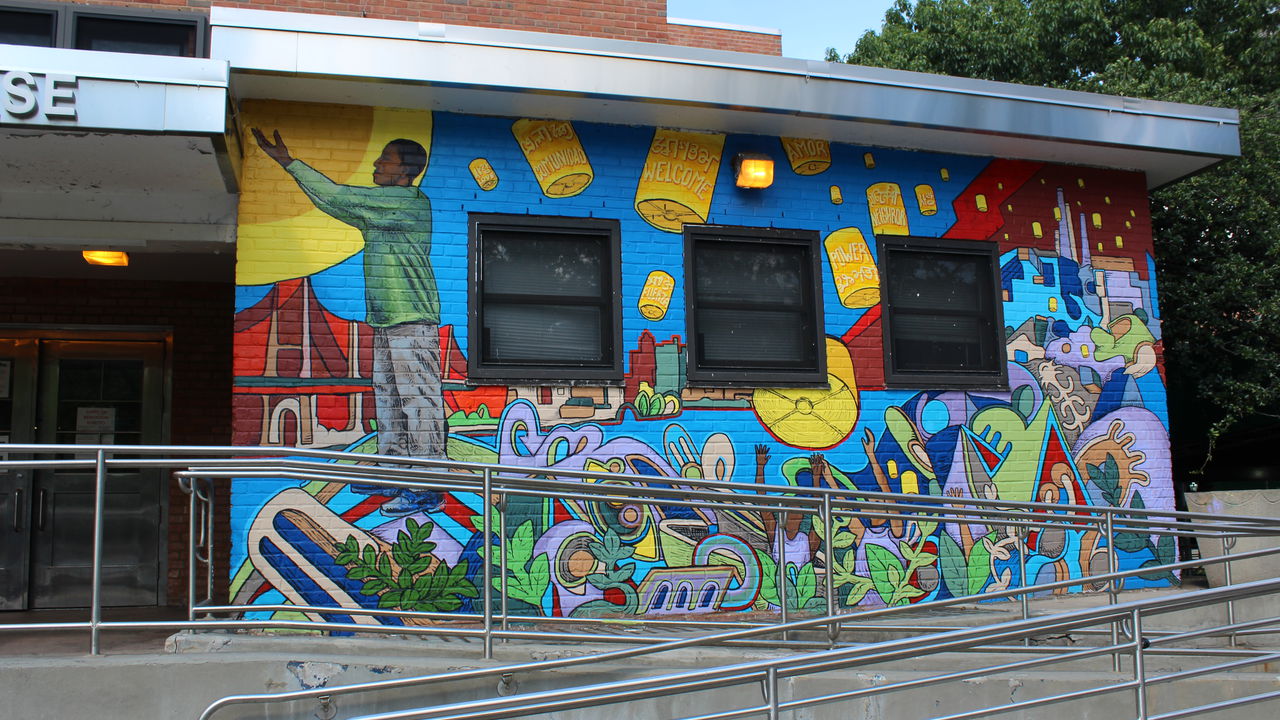 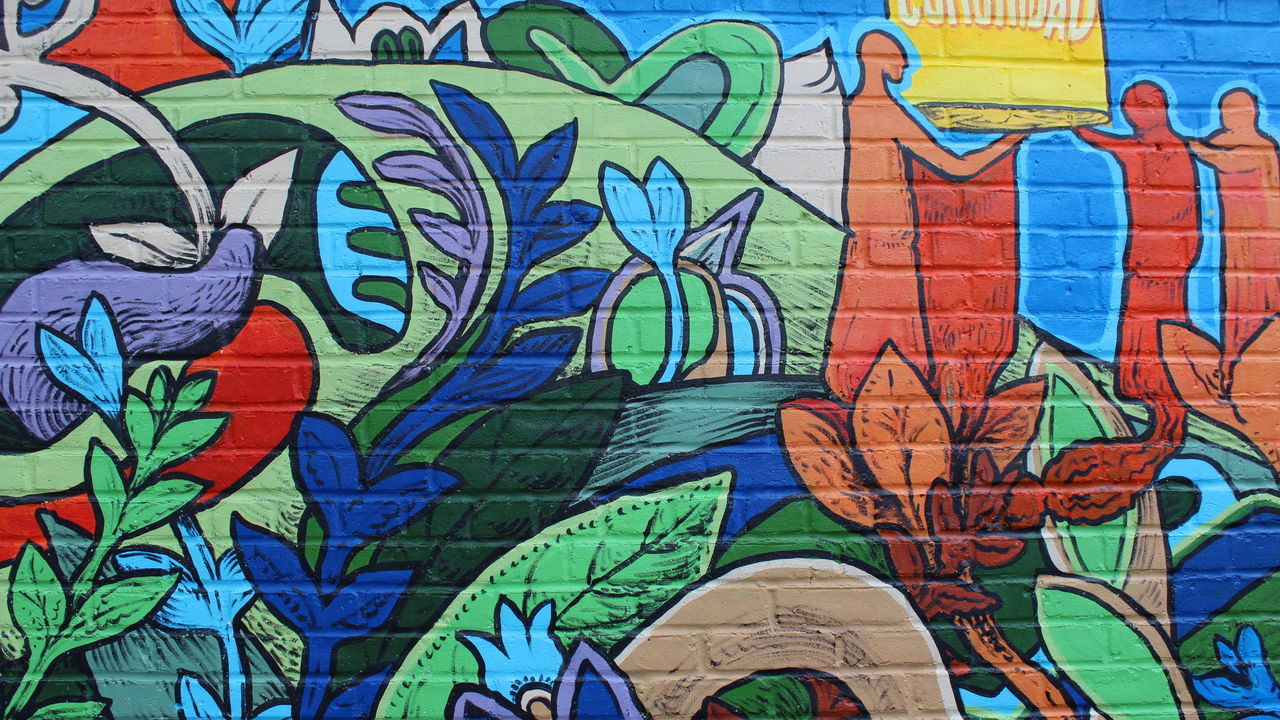 The second mural created by Groundswell for the Jacob A. Riis Settlement House, the artists on the team wanted to create awareness of the diverse communities living in Queensbridge Houses. The team created a piece that uses many cultural references and languages to make people feel welcome to the community center. Two main characters, a man and a woman of different cultural backgrounds representing communities of Queensbridge are in welcoming pose on the two sides of the community center. In the background there is a welcoming celebration with people releasing hot air balloons with words of encouragement in different languages.

The design is inspired by the heritage of the communities living at Queensbridge Houses is very extensive. In the left panel the adornments are based on ancient Alpona designs mixed with Aaron Douglas iconic depictions of different plants. On the right side the team mixed some of those same references with the unique graffiti wild style that is part of modern NYC culture. The hot air balloons represent celebration and intangible cultural heritage. This activity is practiced in different parts of the world so depicts intercultural connections. The youth artists put words in different languages in these balloons to welcome people to the community center.