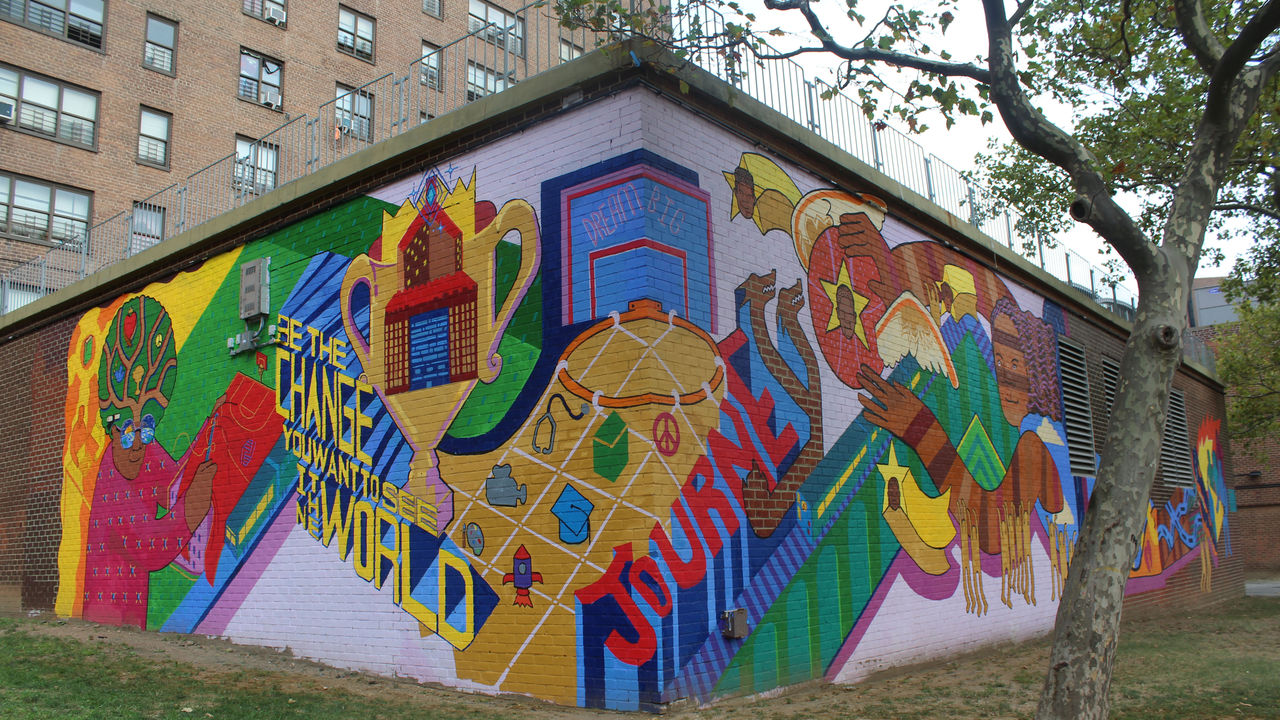 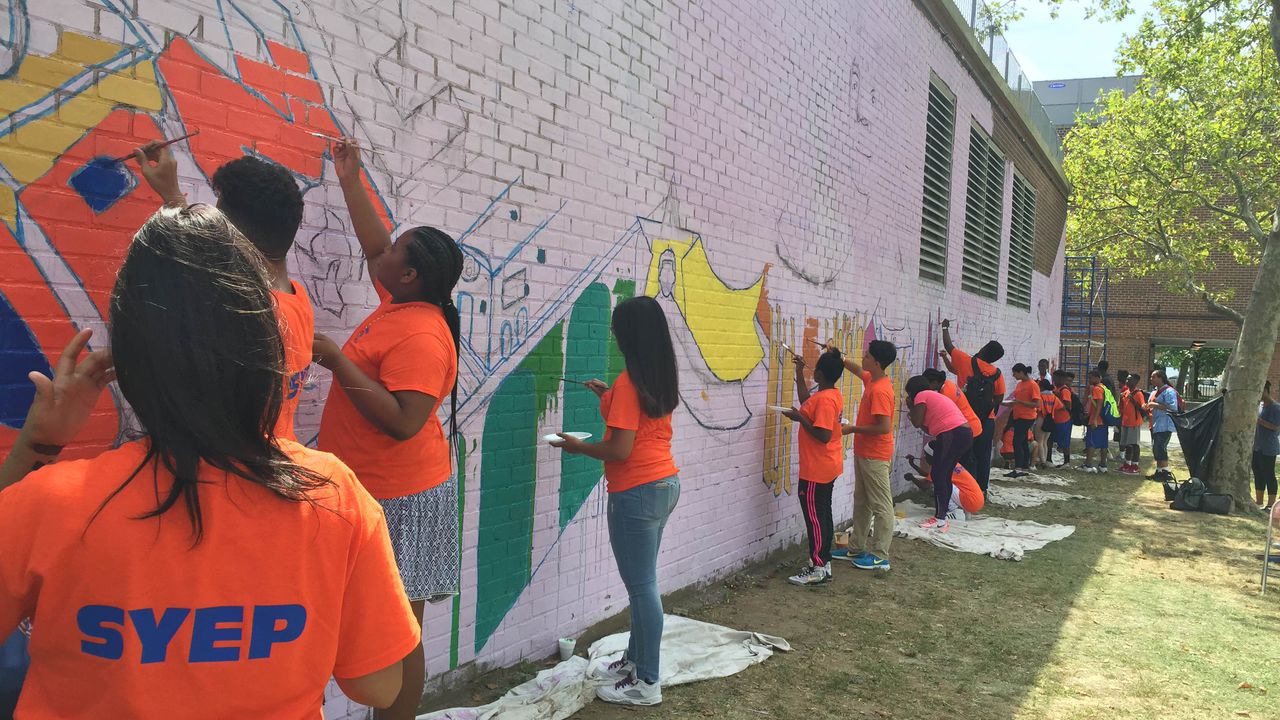 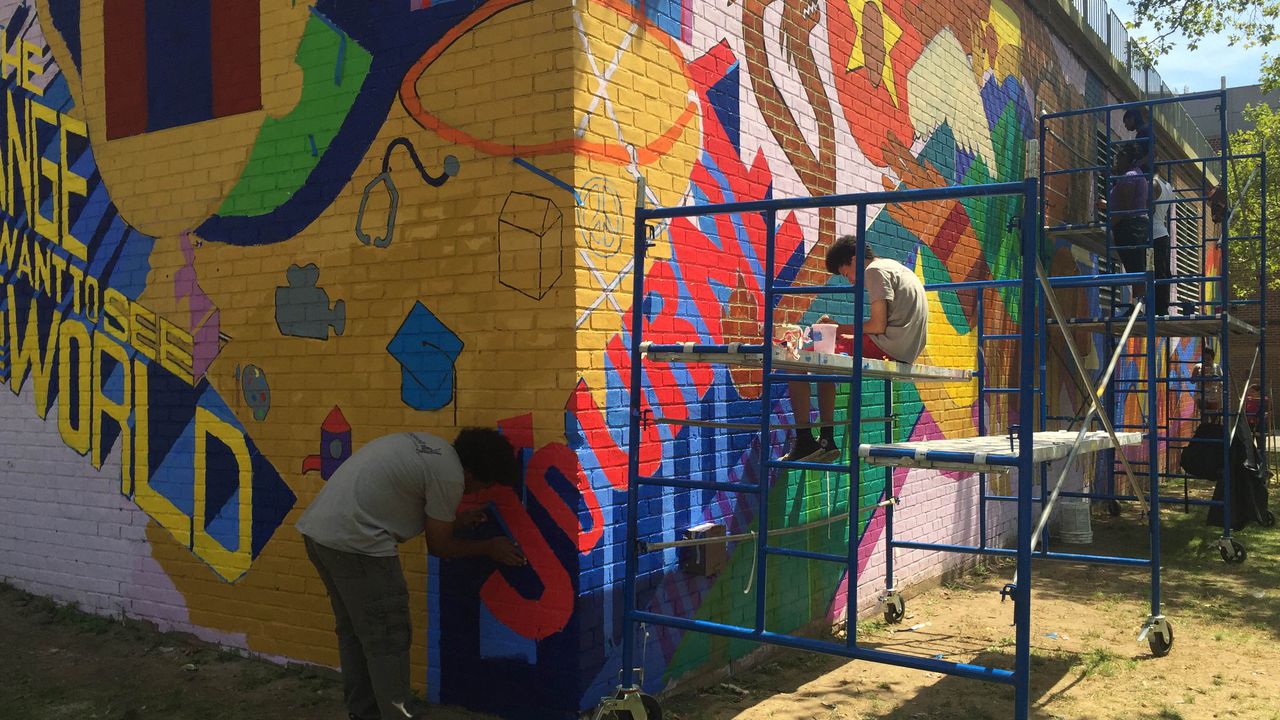 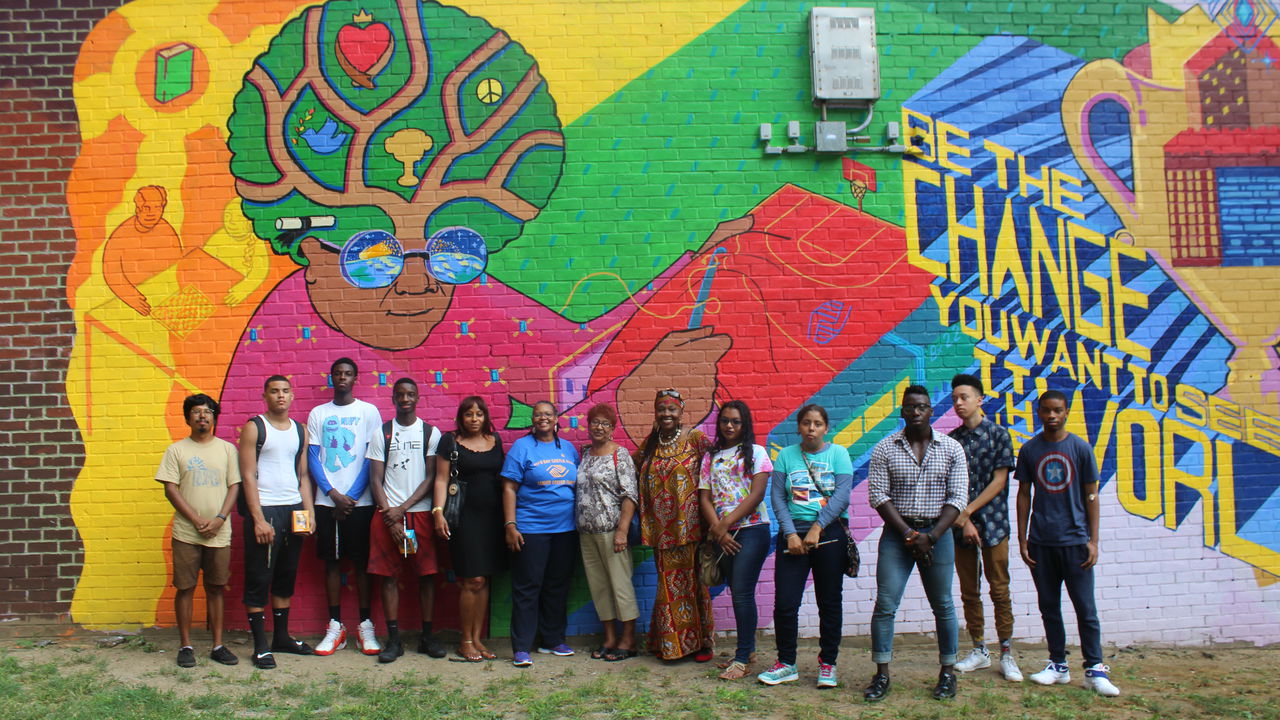 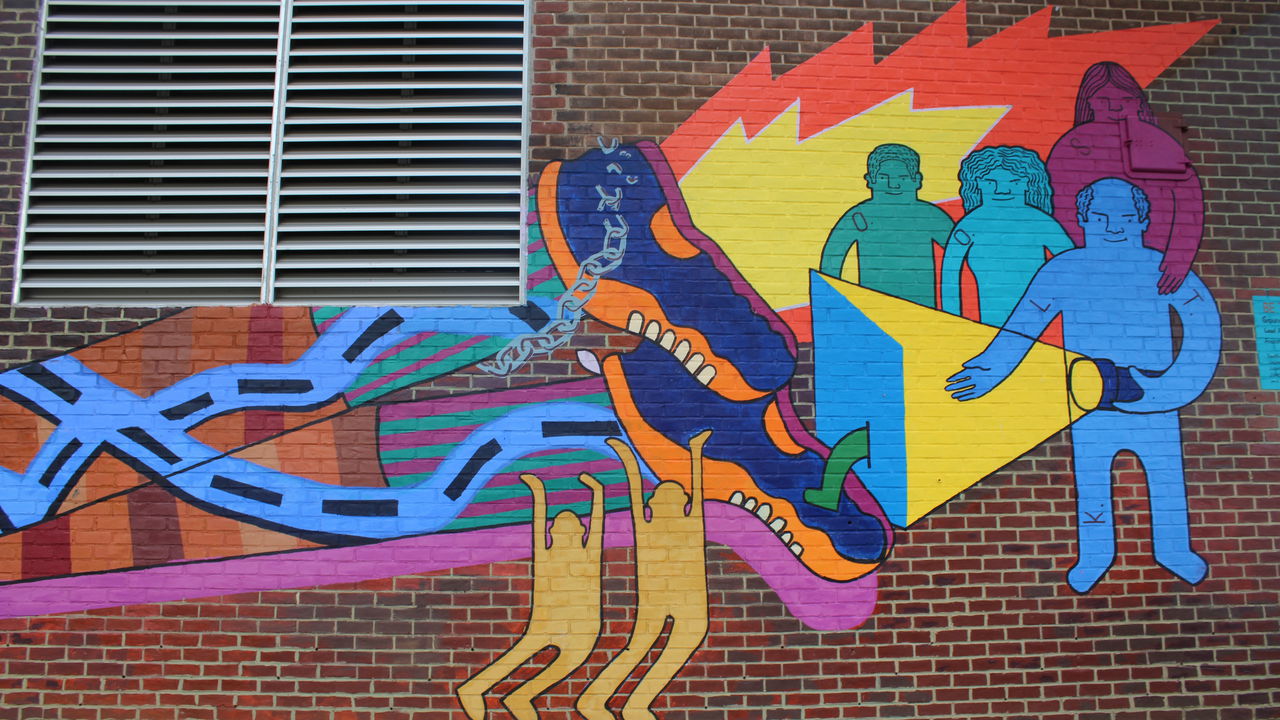 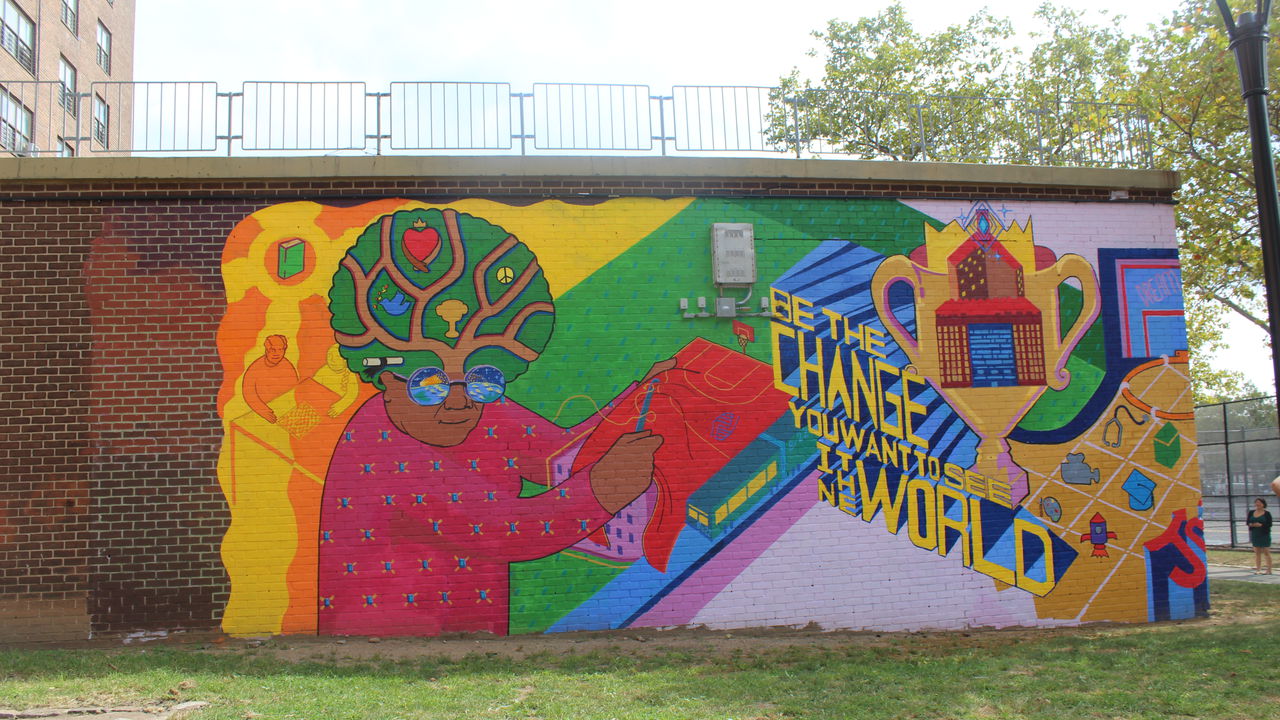 Through a monumental new mural, a team of young artists at the Castle Hill Houses, a New York City Housing Authority development, called their community into action by supporting youth voices. Their mural, entitled Be the Change, encourages elders to serve as mentors so that the young people of the Castle Hill Houses can become a force of positive change and inspiration at their development and in the surrounding neighborhood. This mural is part of Groundswells larger Public Art / Public Housing Initiative, in which five developments identified from the Mayors Action Plan (MAP) for Neighborhood Safety, one in each of the five boroughs, have co-created three mural projects, for a total of 15 new public artworks throughout the city.

The mural draws inspiration from two existing Groundswell murals recently completed at Castle Hill Houses on the topic of youth development. Using a series of colorful symbols, the mural creates a narrative of a young person on a journey to achieve their dreams. In the design, a young girl jumps through a portal to their personal enlightenment. She leaves behind broken chains and reaches for her success, represented by a basketball hoop. The positive messages, such as Be the change you want to see in the world and Dream big, encourage viewers to take action. To frame the mural, an older woman knits a basketball court at the heart of the Castle Hill community.

Youth artist Mousa Conteh (17) had a personal connection to the process as a resident of Castle Hill Houses. About his experience, Mousa said, "For the upcoming year my plans are to see my choices of colleges and which one best fits me. I am an upcoming senior and since I know I'm going to college I just want to focus on that process. I am glad for this experience because it helped me create new roads and helped broaden my college search so that I can find a college best suited for my strengths and newfound abilities. Thanks to Groundswell I am more creative than I have ever been. And thanks to Mousas contributions and the efforts of his entire team, the mural will be a lasting testament to youth power, creativity, and aspirations at Castle Hill Houses."