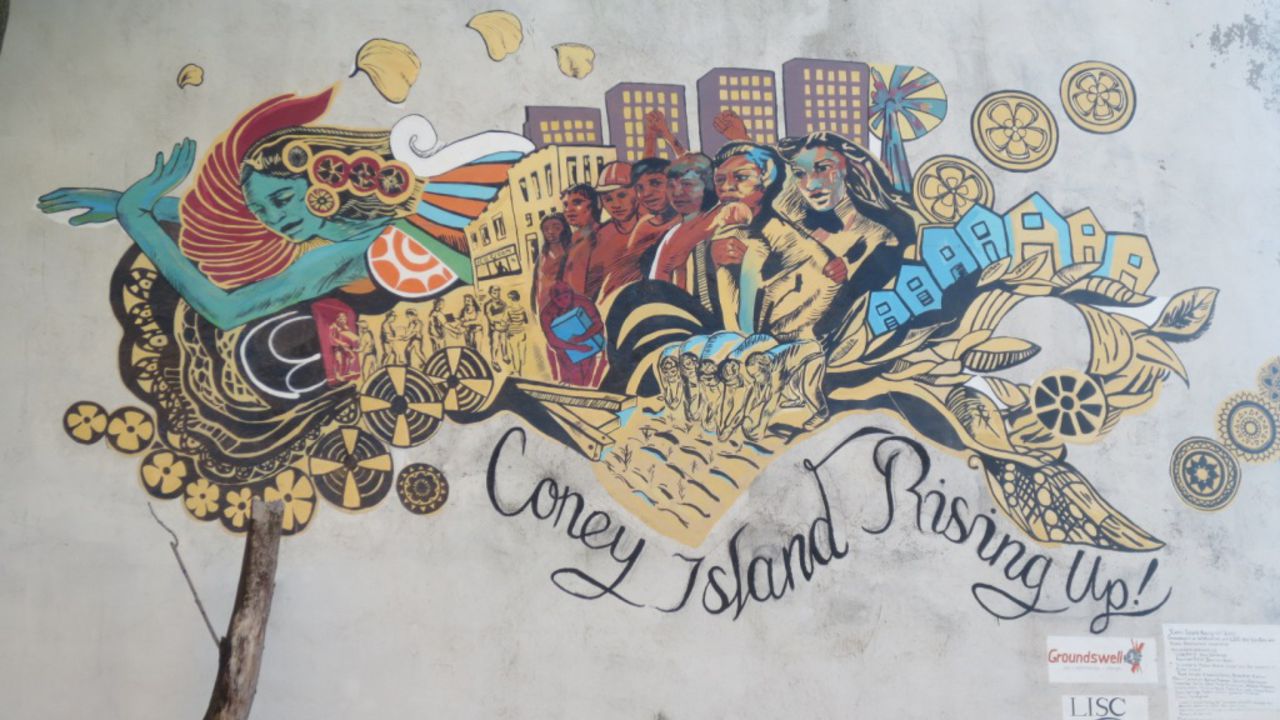 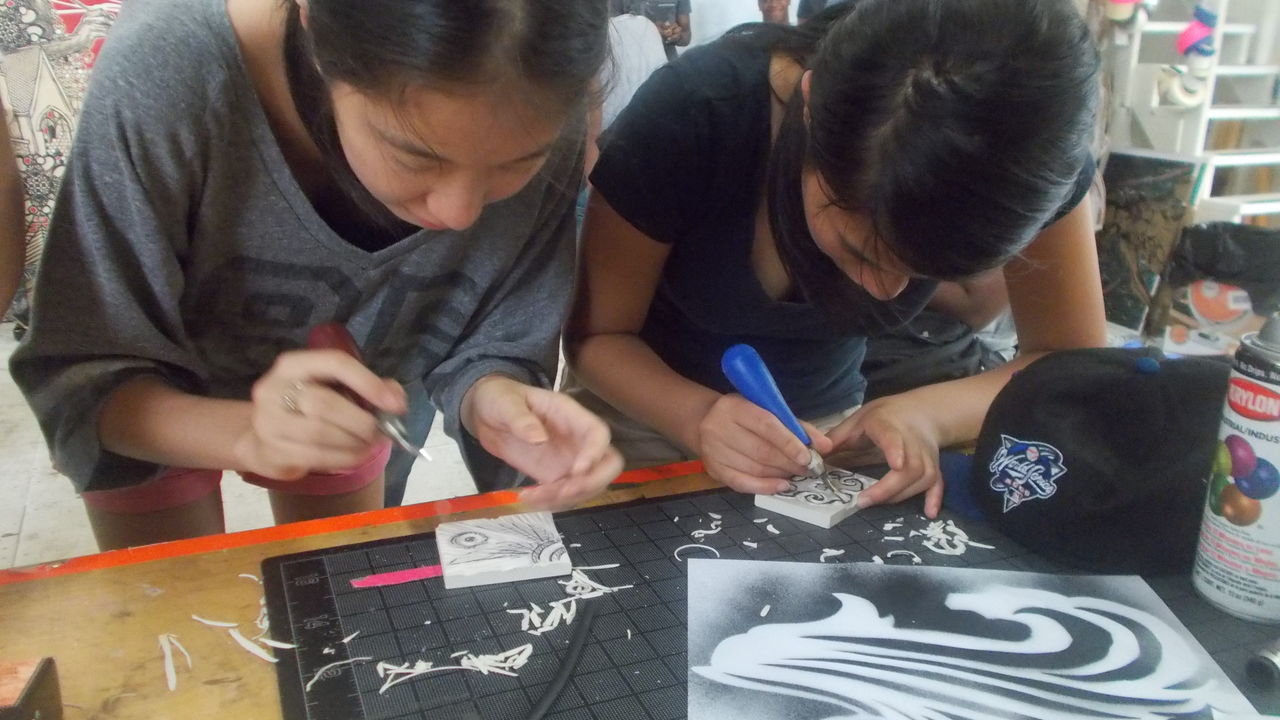 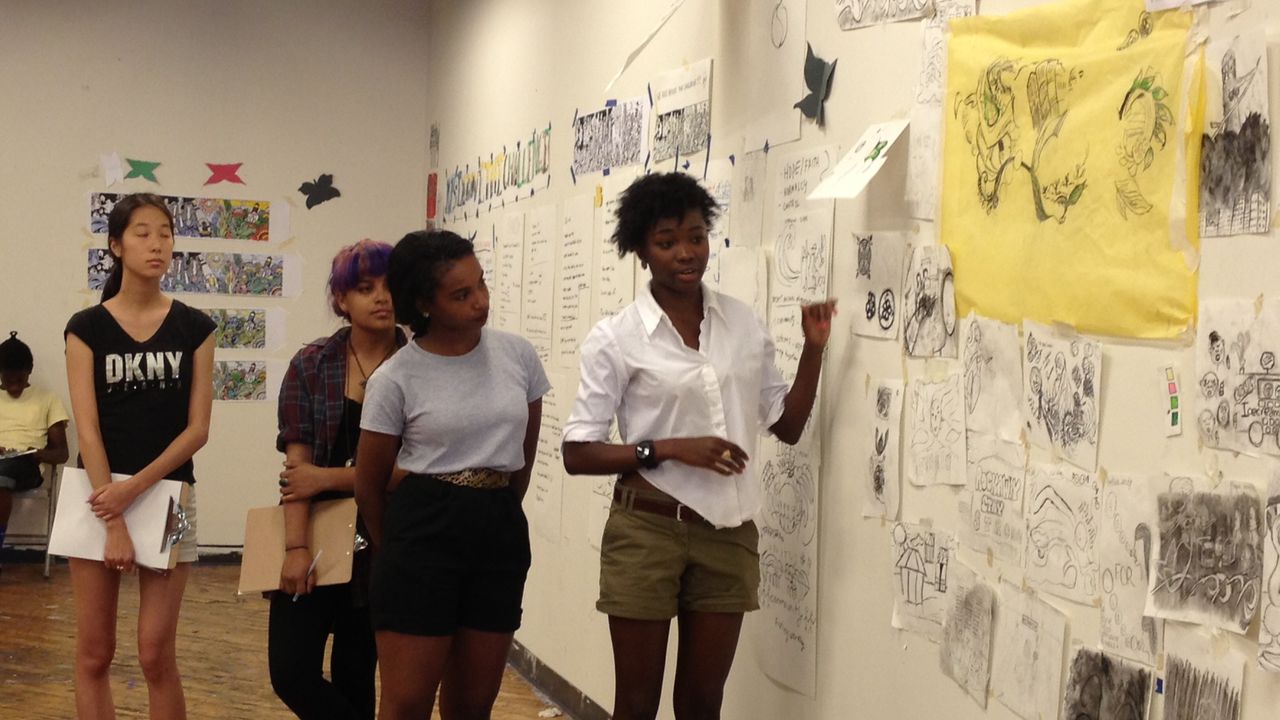 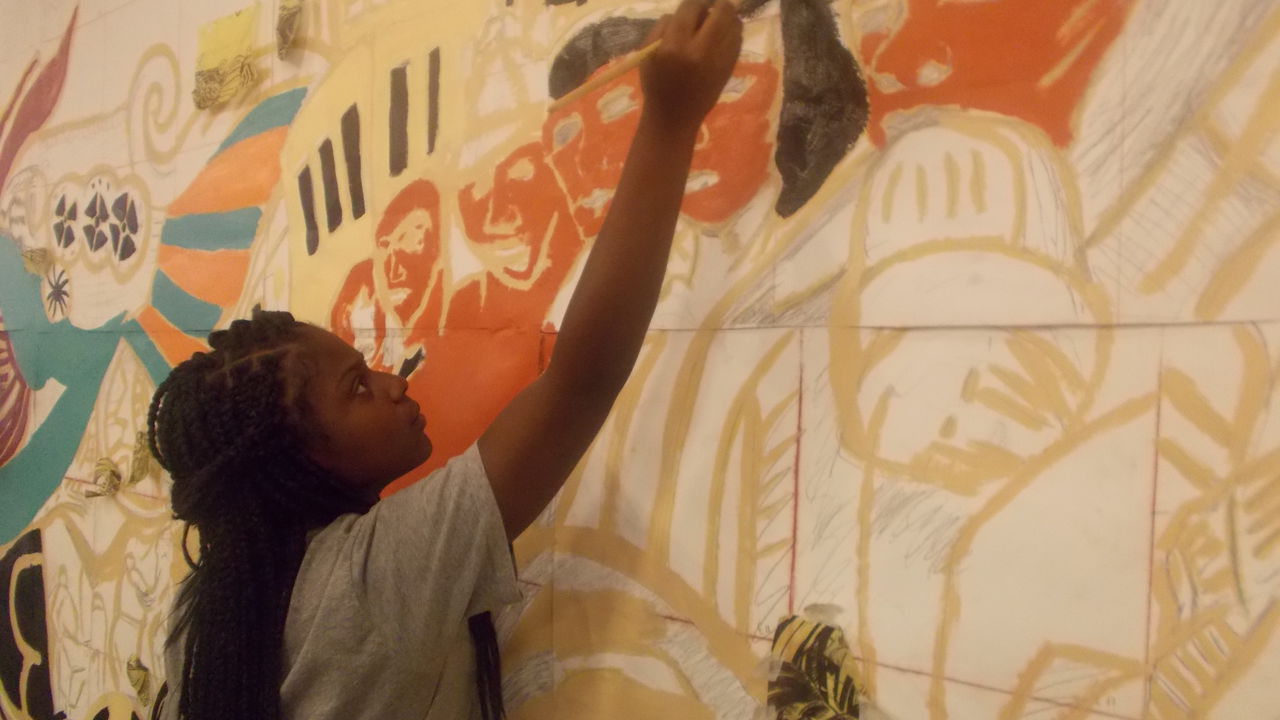 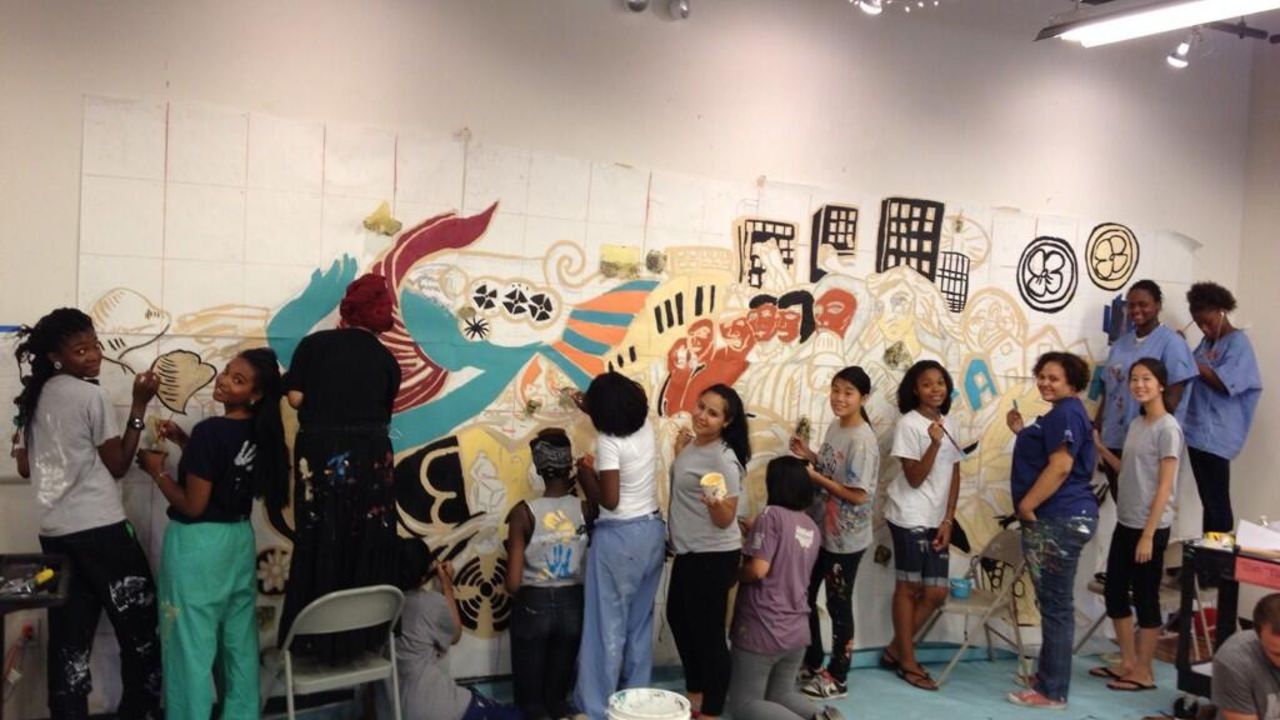 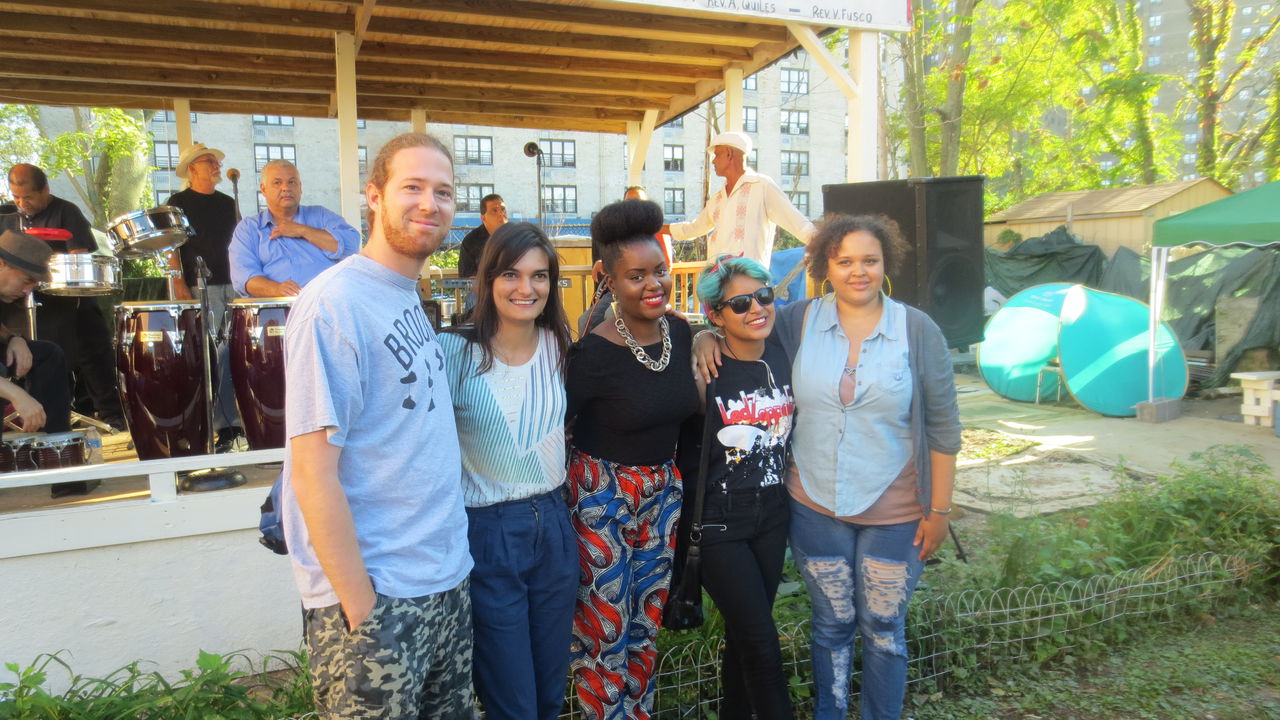 Coney Island Rising Up was created as part of Recovery Diaspora, a collaborative citywide public art installation created by Swoon, together with youth from Red Hook, Coney Island, Staten Island and the Rockaways, among the neighborhoods most affected by the storm. As a response to the devastation caused by Superstorm Sandy, teen artists drew from stories of healing and recovery to create a visual narrative that captures the concerns, hopes, and overall spirit of these communities.

Following a series of interviews with Coney Island residents and business owners impacted by Superstorm Sandy, Groundswell youth muralists created a new mural to be installed at a community garden in Coney Island. The teen artists utilized expressionist techniques to illustrate the pain and emotion of the experiences shared in their initial interviews.

The mural design centers around a central mermaid figure, which evokes both the iconic image of the Coney Island boardwalk, and honors the local mom and pop businesses along Mermaid Avenue. Light emanates from this central figure, while movement is created through repetition, in a reference to Swoons signature printmaking technique. Coney Island Rising Up was installed overlooking the Santos White Garden / Lighthouse Mission and revealed during a joyful public dedication featuring live music and remarks by youth artists and representatives of the community partner organizations.

The four murals created through Recovery Diaspora are tied together by a temporary site-specific mural on the famed Bowery Mural wall, created by Swoon herself. Scheduled to coincide with the anniversary of the storm in October, it is a testament to both resilience and vulnerability, and by engaging the public in its design, it serves to highlight the importance of continued relief efforts by and for Sandys victims. Lead scholarship support was provided by Con Edison. Additional support was provided by New York City Councilmember Domenic M. Recchia, Jr.