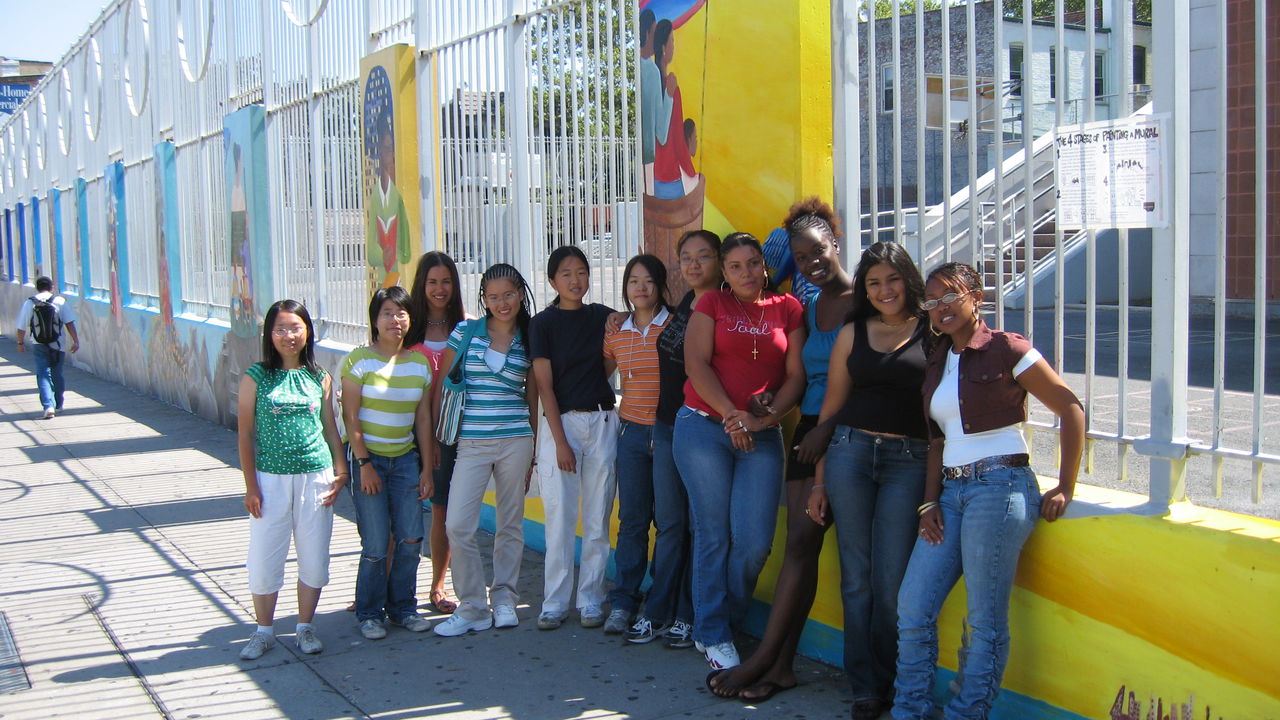 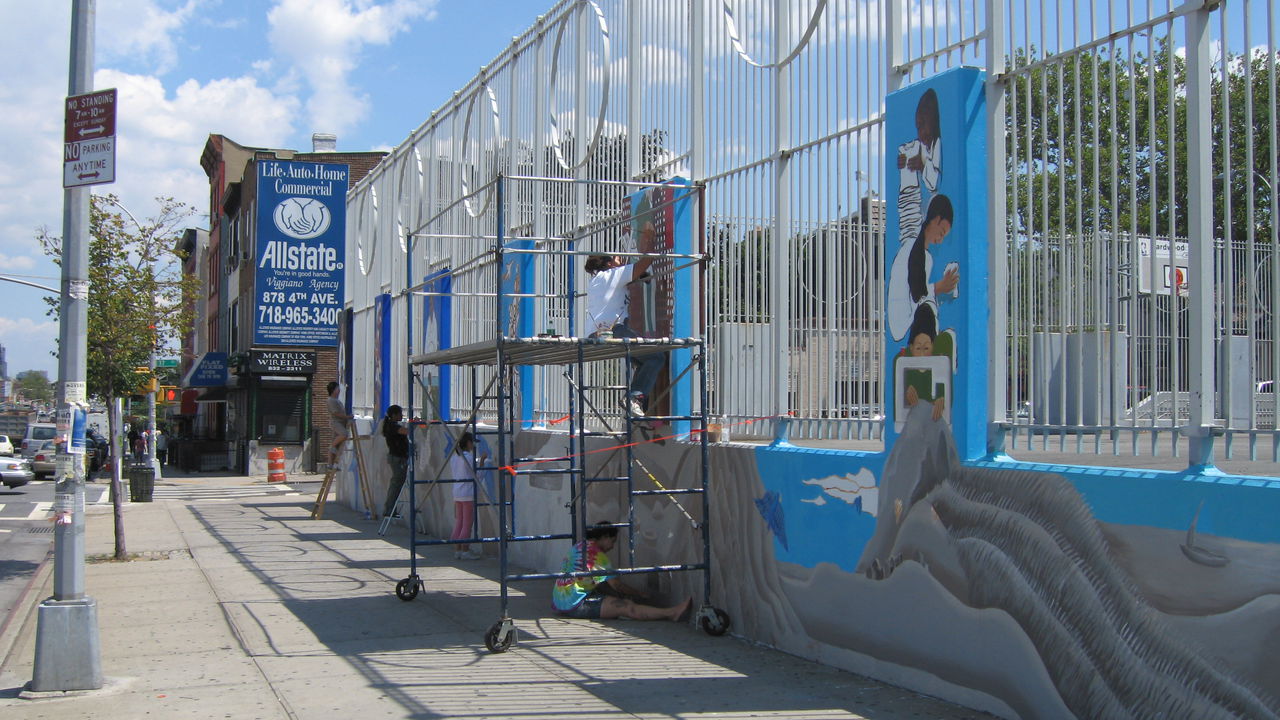 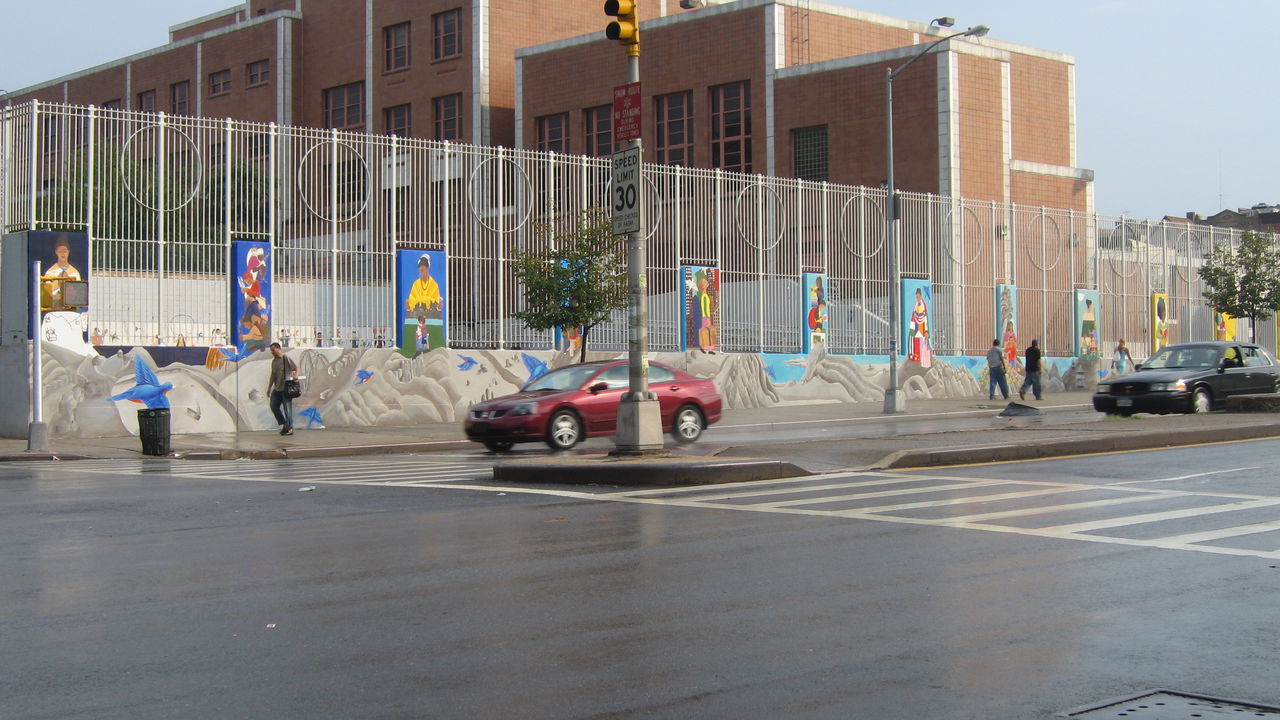 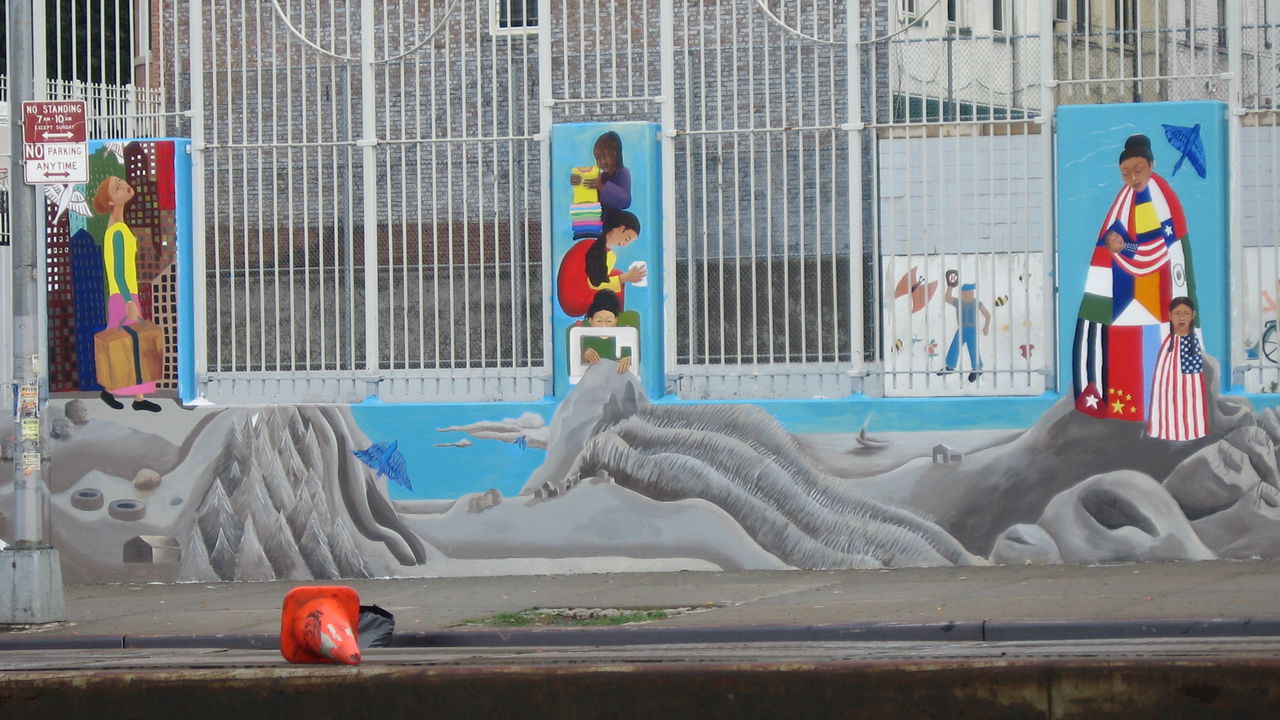 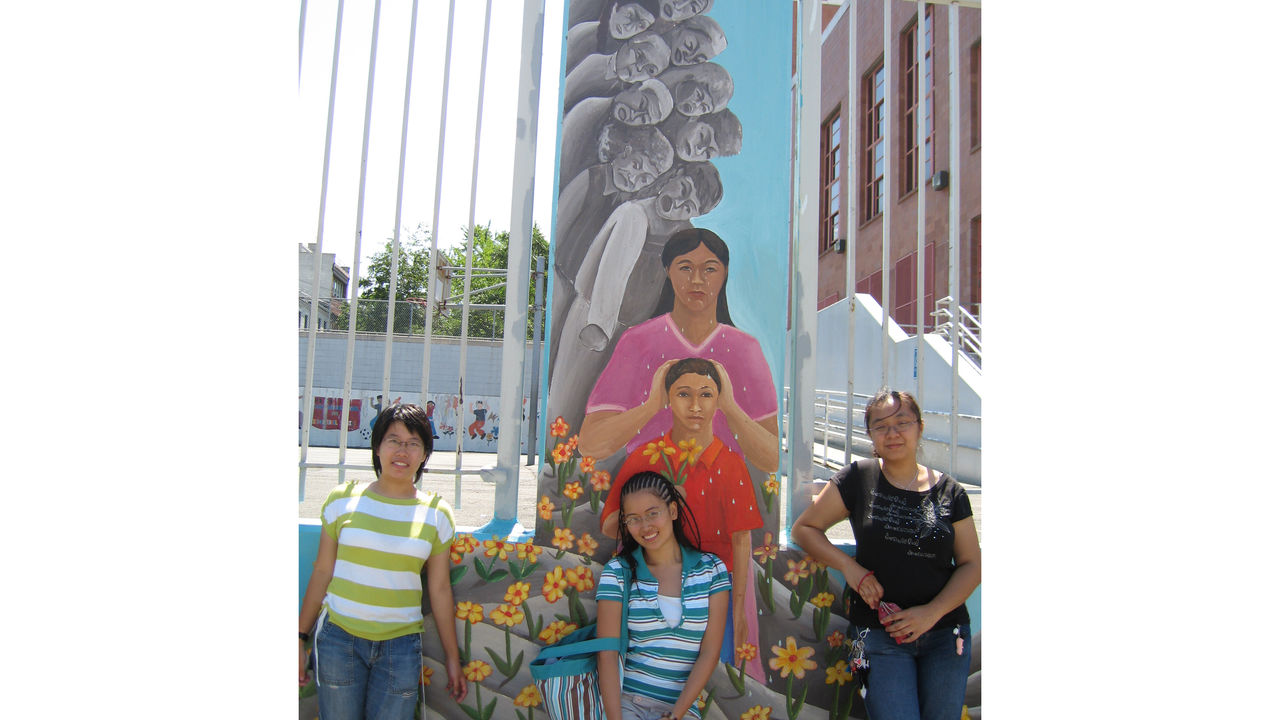 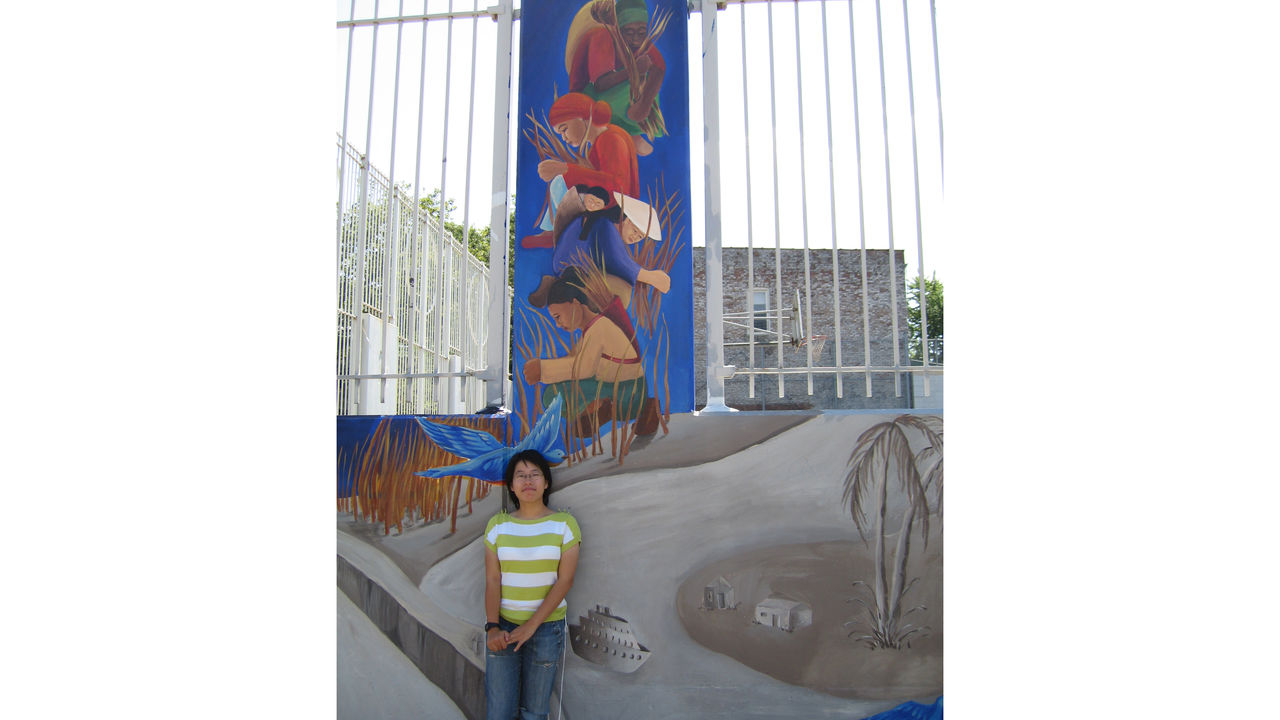 In creating this mural for PS 24, a bilingual magnet school in Sunset Park, Groundswells Voices Herd Visionaries team decided to tell the stories of the thousands of immigrant mothers who come to New York City in search of a better life each year. The Visionaries spoke with mothers from the school and the neighborhood in a series of interviews conducted in English, Spanish, and Chinese. The mural is composed of two main components: a series of pillars representing the people whose stories are being told, and the horizontal, monochromatic piece that features landscapes from the homelands of the immigrants. Together, these two components follow women through their difficult journeys immigrating to the United States. The mural also depicts the struggle to raise first generation American children, especially as an undocumented person. As the mural closes, a mother considers her own situation and future possibilities. She begins to educate herself in an effort to better her future and the future of her family. As she improves her personal situation, she and her family move towards a brighter day.