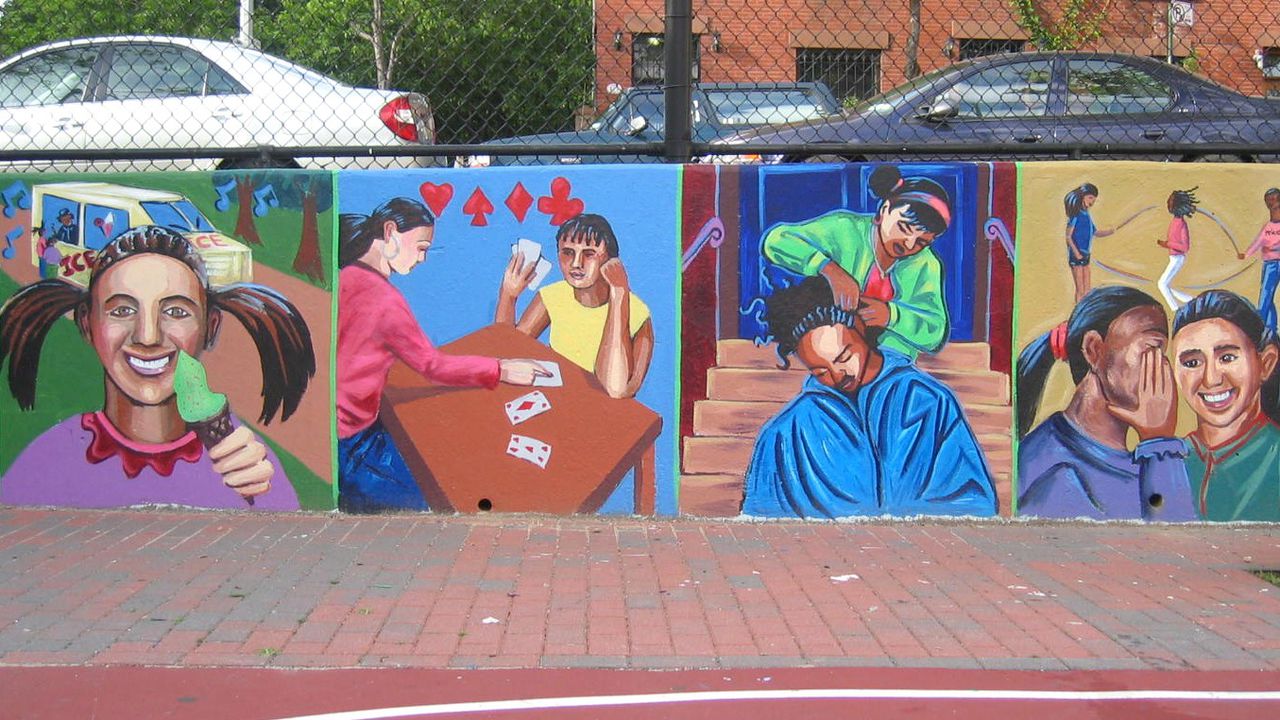 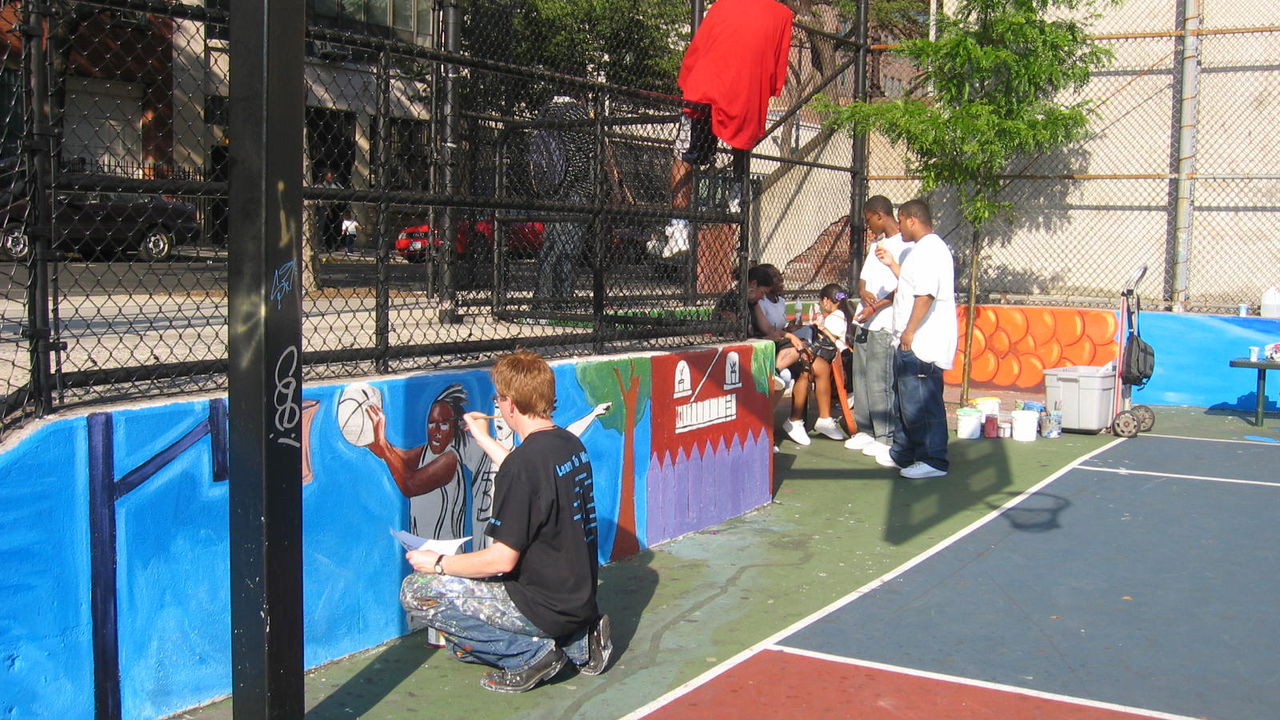 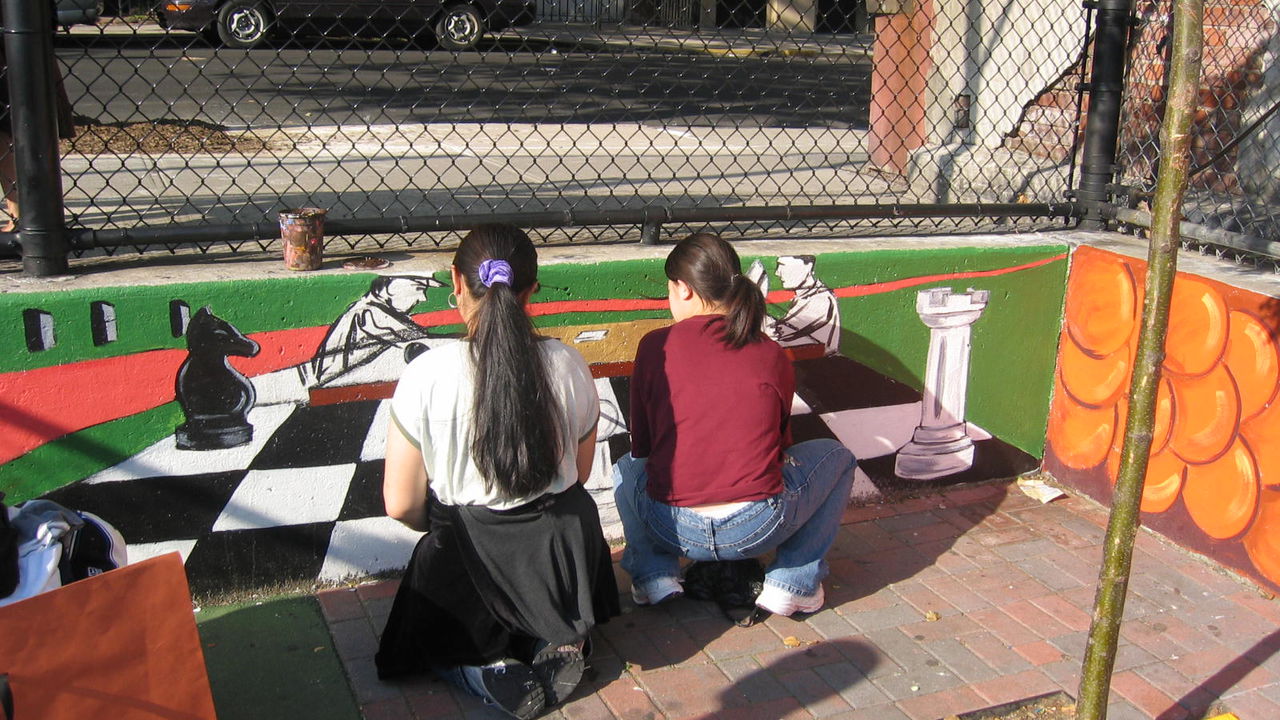 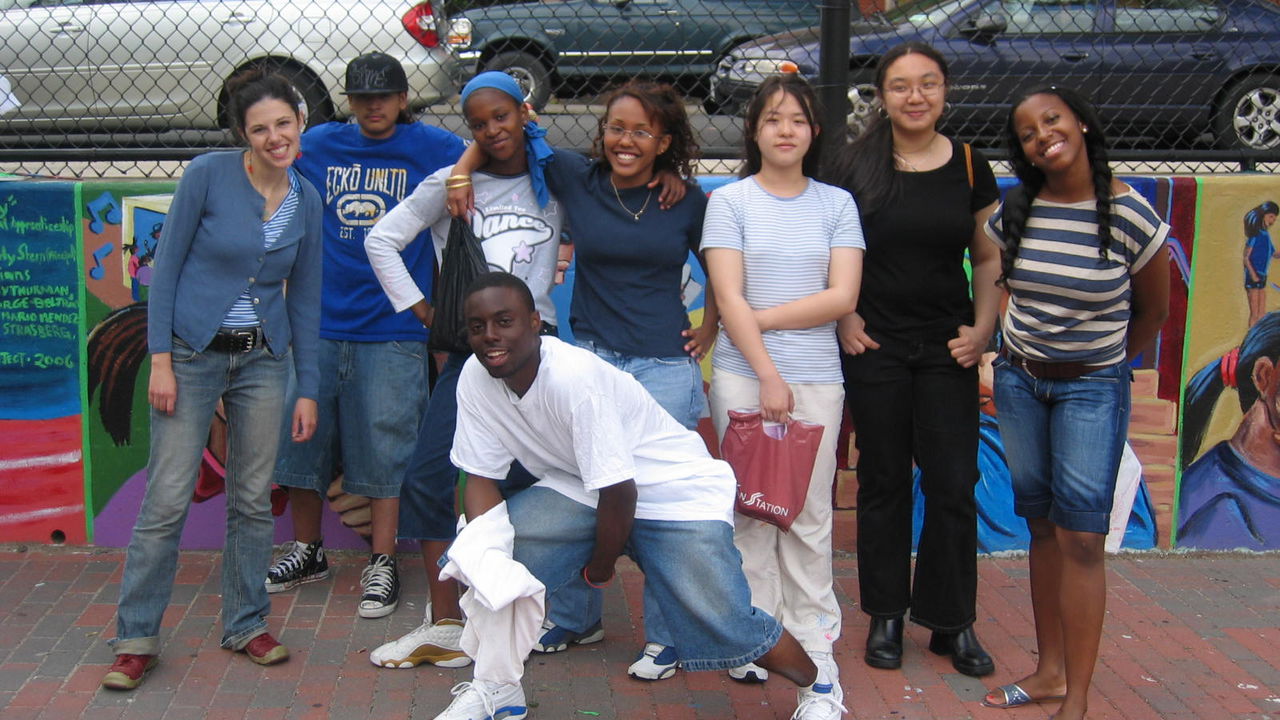 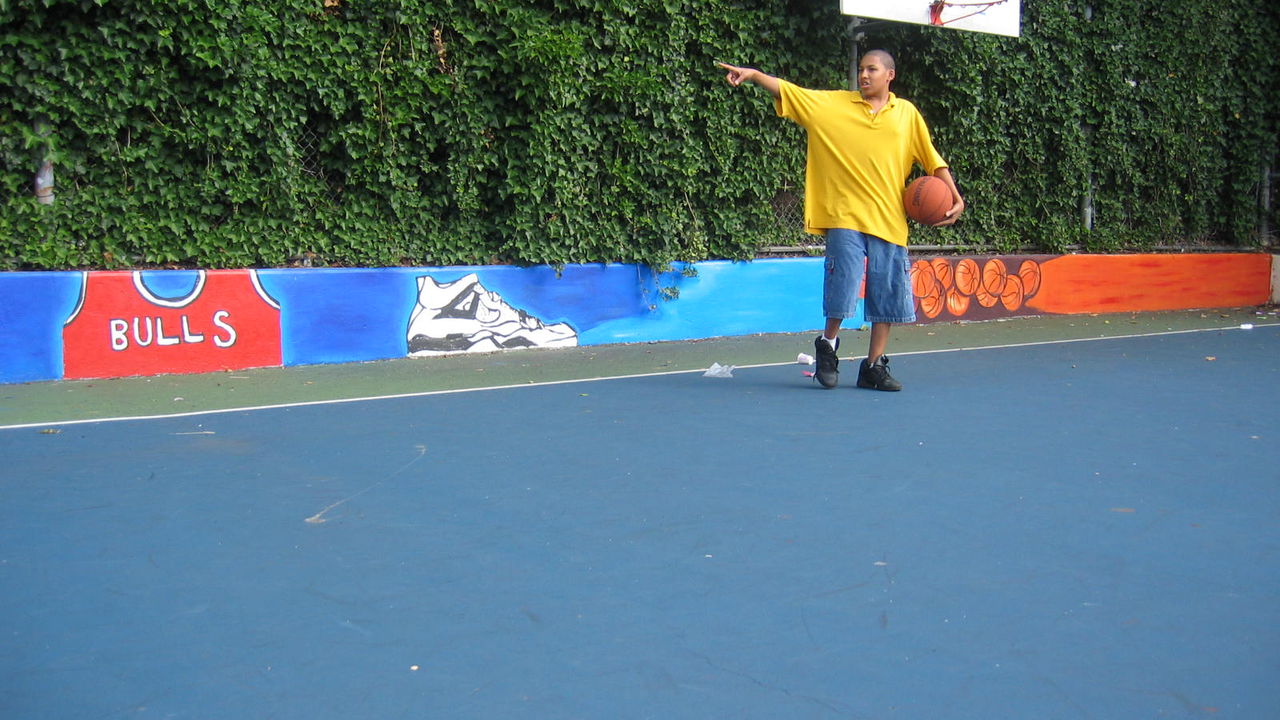 Groundswell partnered with PS 38 in Brooklyn to complete a mural for the schools outdoor play yard, which is enjoyed by both student and community members alike. The mural team chose to focus on the theme of recreation and community interaction for the mural. The first section features a series of vignettes celebrating young people playing. Linking the vignettes is an image of a running track that curves and weaves its way through this portion of the mural. The track reappears across the school yard in a second section which features girls playing basketball, a testament to women's success in traditionally male dominated roles. From the image of the basketball players, the mural then depicts a community garden, a girl running, and two elderly men playing dominos next to a chessboard. The mural ends with a long ultramarine wall featuring cropped images of basketball jerseys and sneakers.