The Foundation of Stapleton 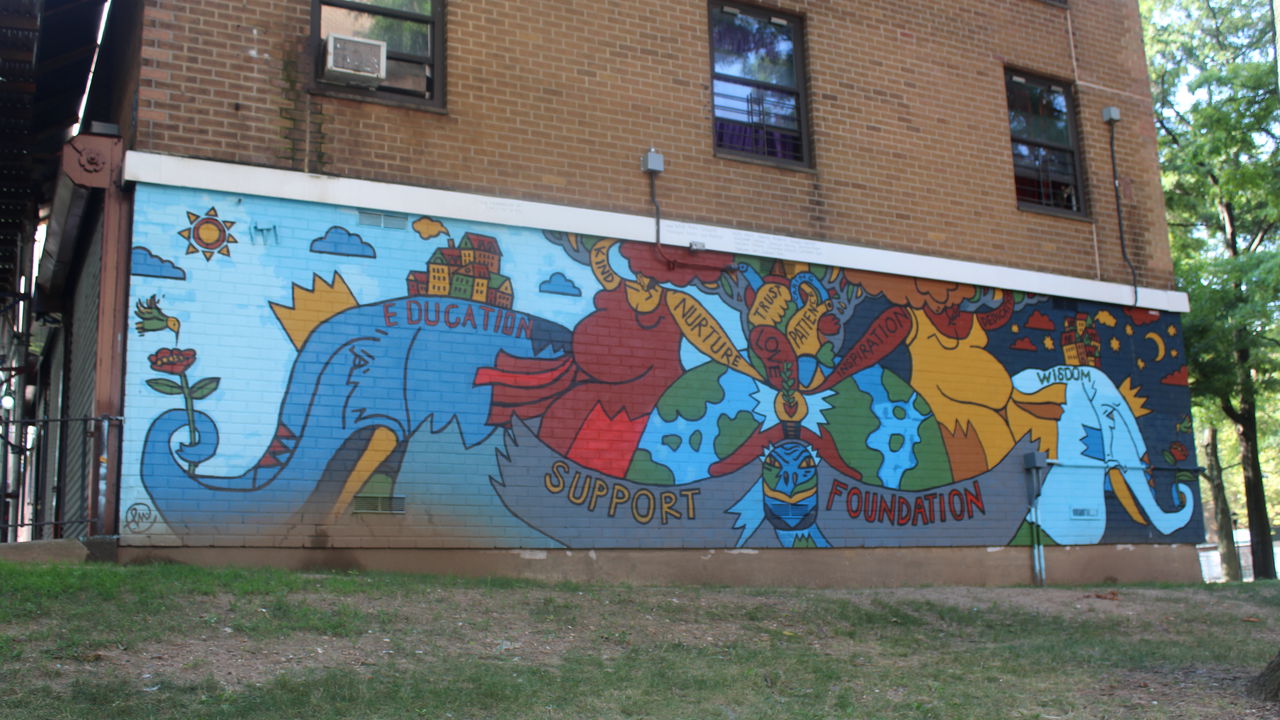 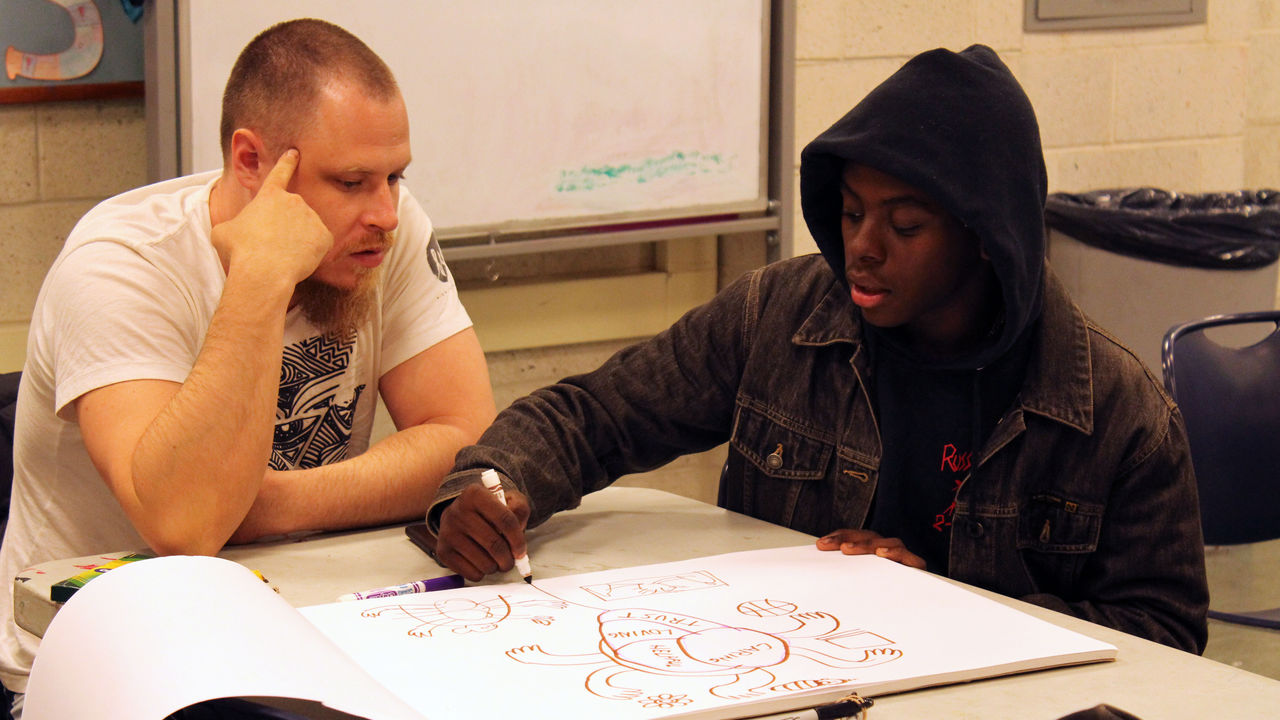 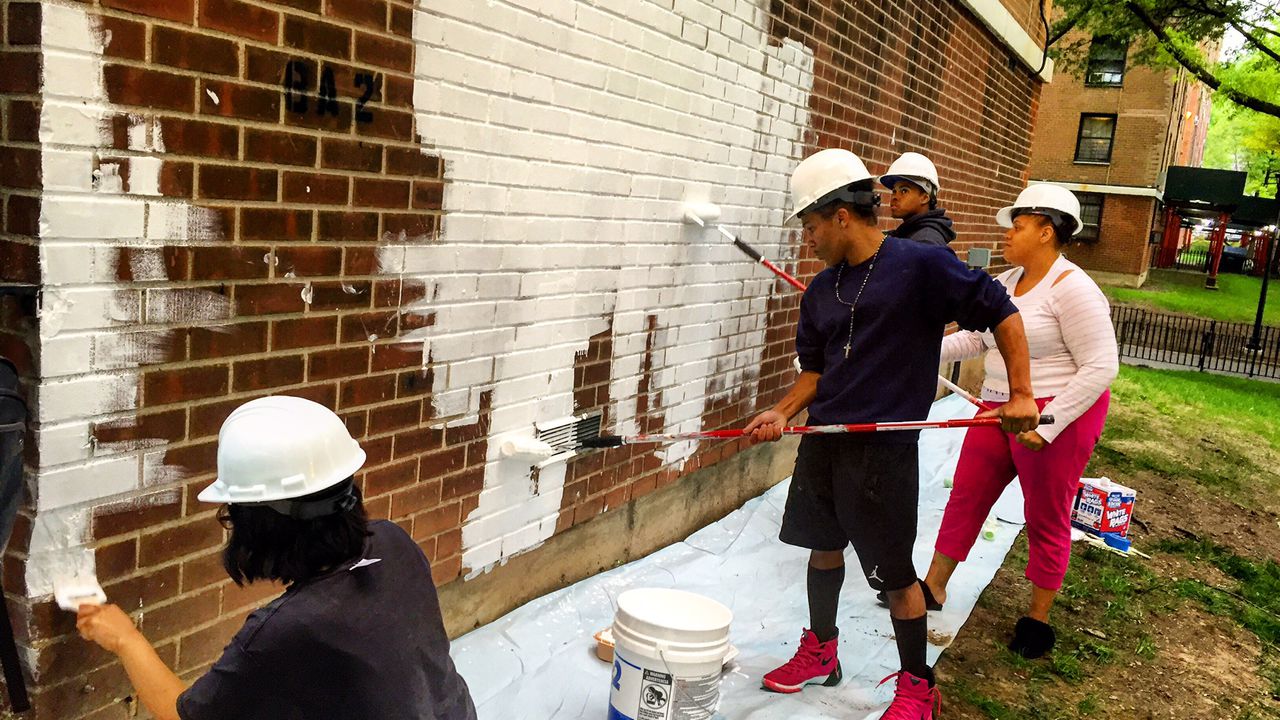 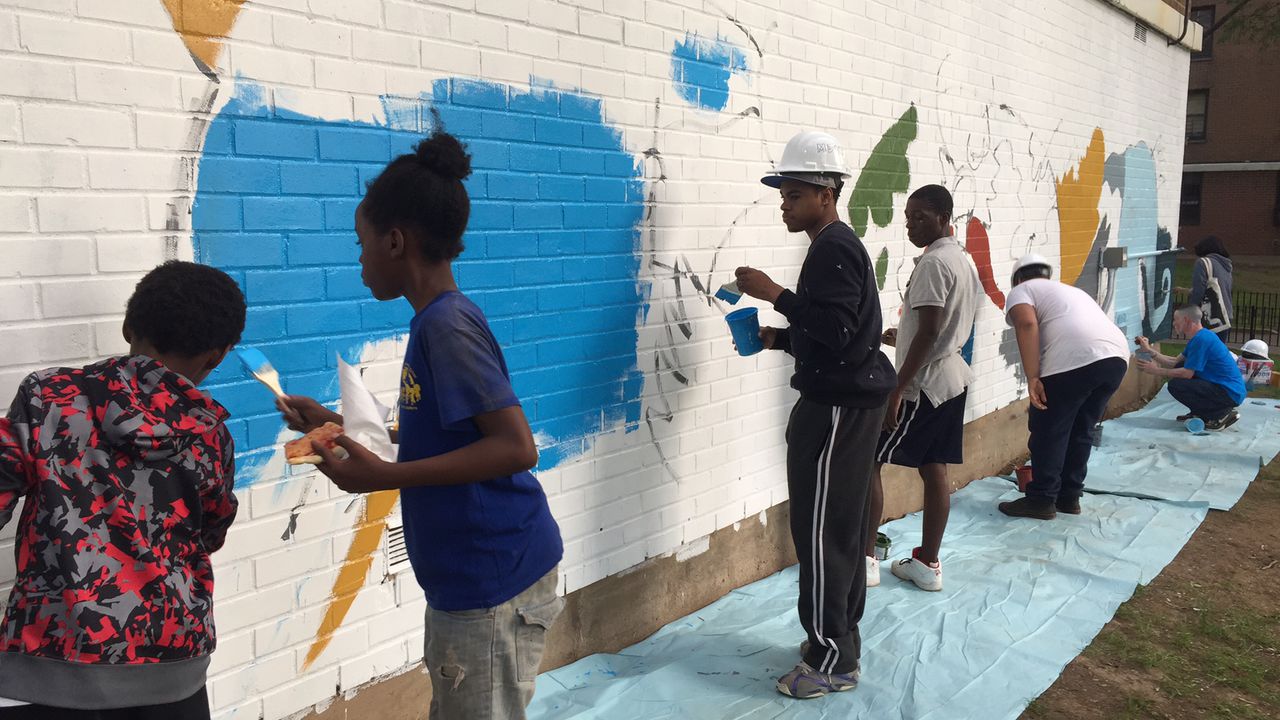 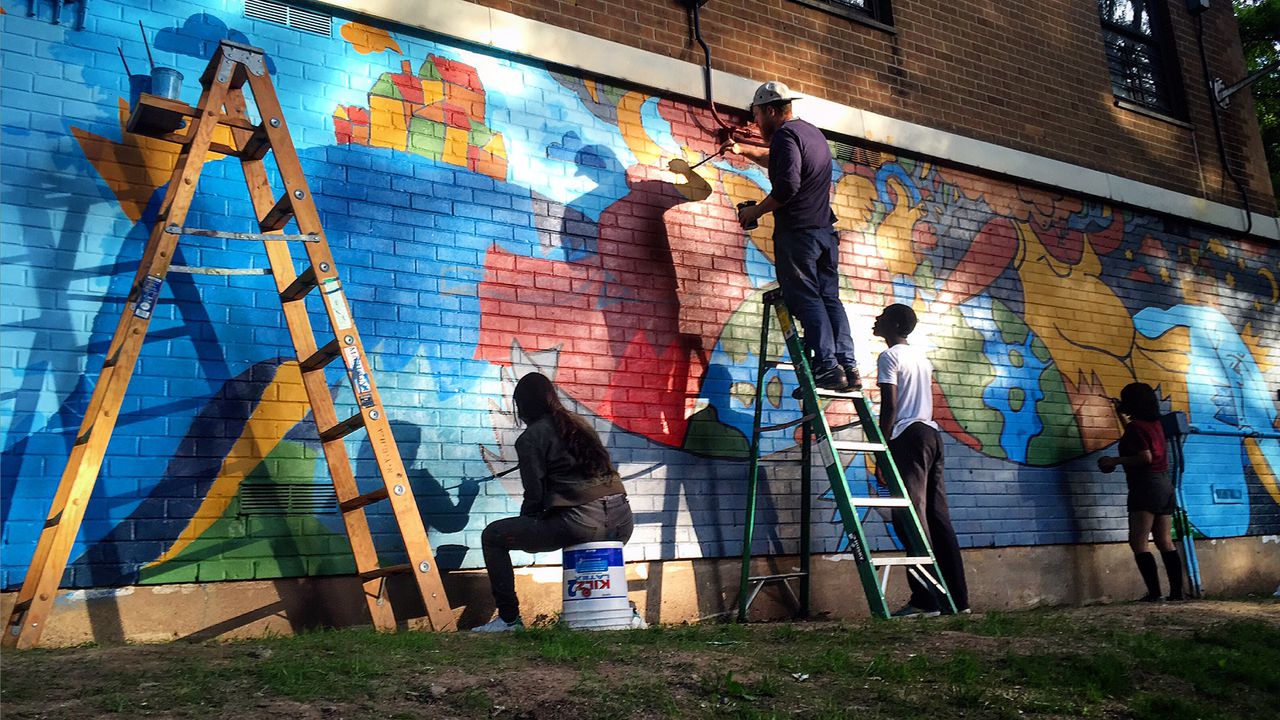 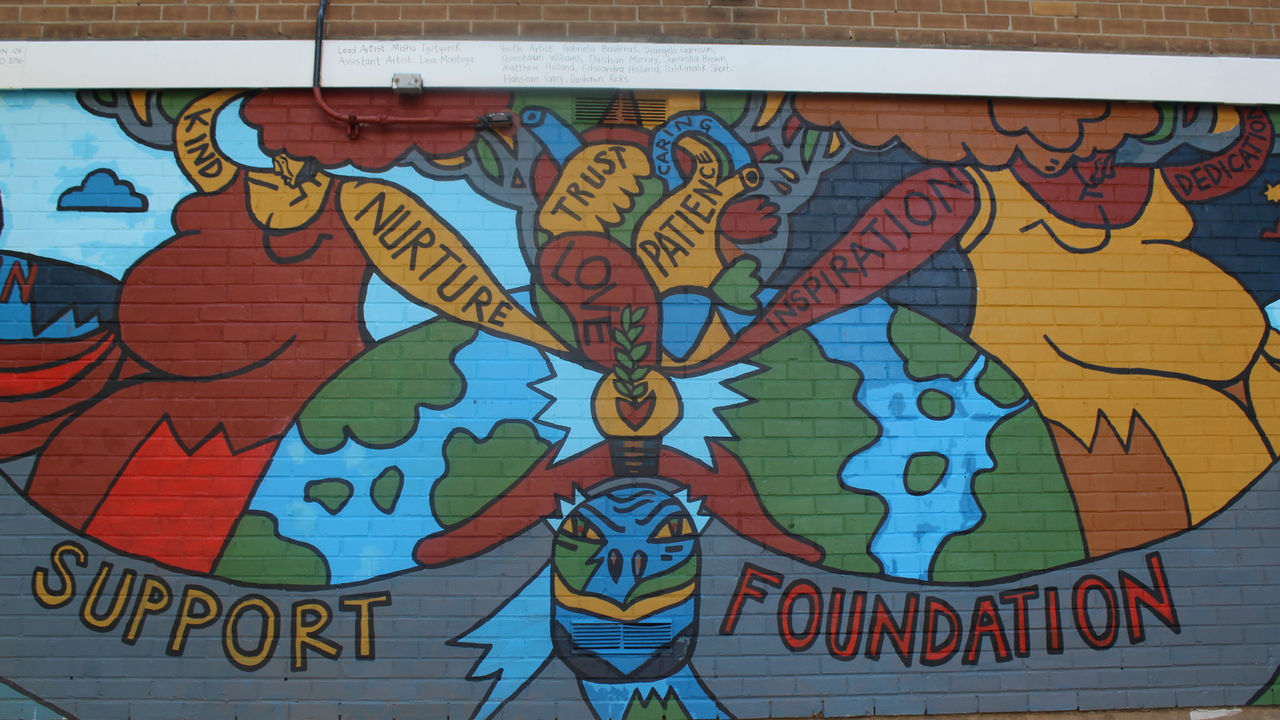 All of the images included in The Foundation of Stapleton (the second mural painted in Stapleton Houses) were a direct response to what the community representatives and students wanted to see. The community members view Stapleton Houses as a wonderful place to live and they want to see it grow and flourish. The youth artists depicted Stapleton as a bright and growing metropolis, built on the foundation of history, trust, love and respect for one another and their surroundings.

In the design, the community is shown in the form of a heart with different words on it like hope and empowerment. The community is held up by a turtle with the world on its shell as well as two elephants. The turtle and the elephants represent support and stability, as well as diversity and strength. Each elephant holds a delicate flower in its trunk that is being pollinated by a humming bird. This represents grace and nurturing. The heart is also held up by two mothers who are the back bone of the community and are the reason why it exists. The mothers represent youth development, tenant empowerment, and the importance of mothers to the community. From the heart grows the tree of life spreading its branches over the community. Finally, the community is represented by a series of single homes that rest on the heads of the elephants.