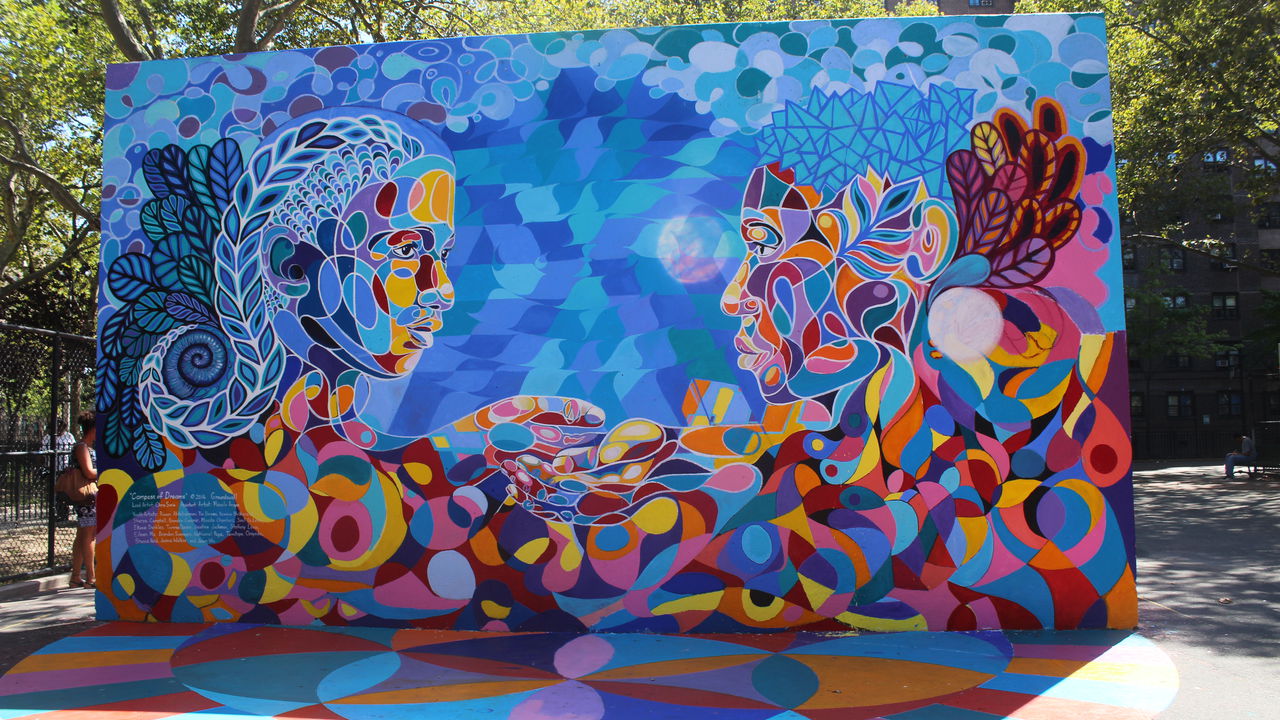 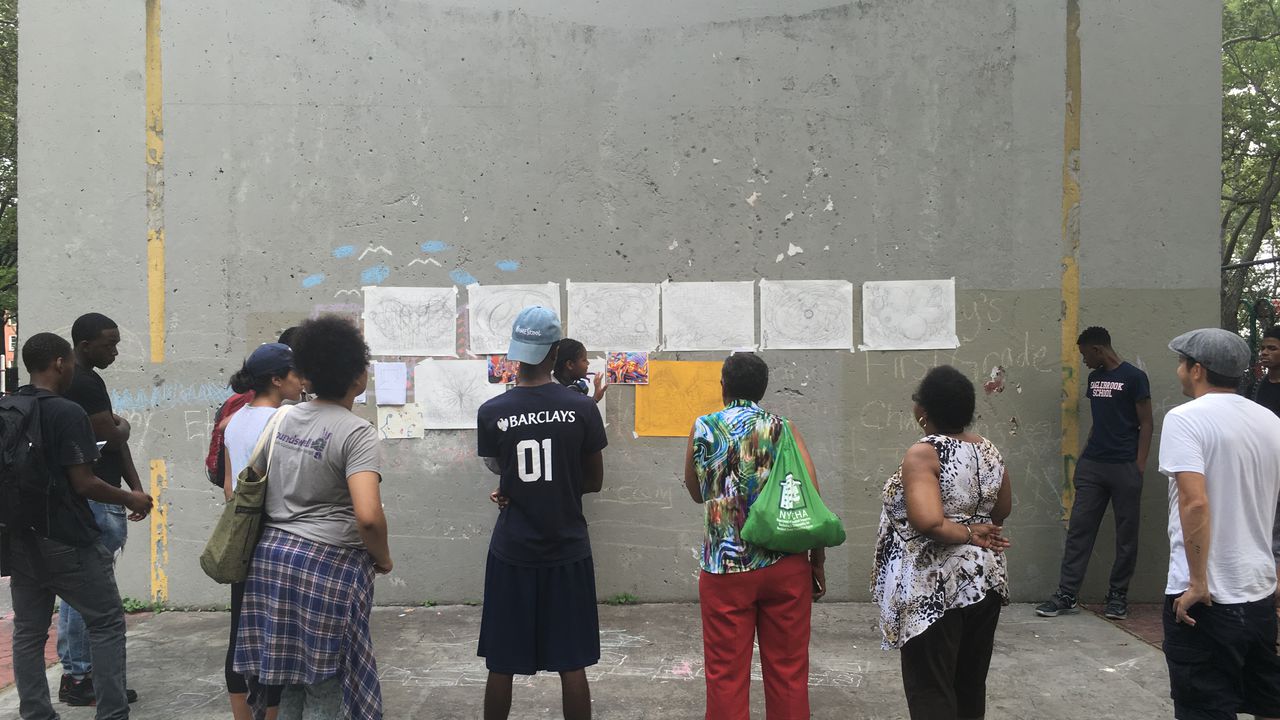 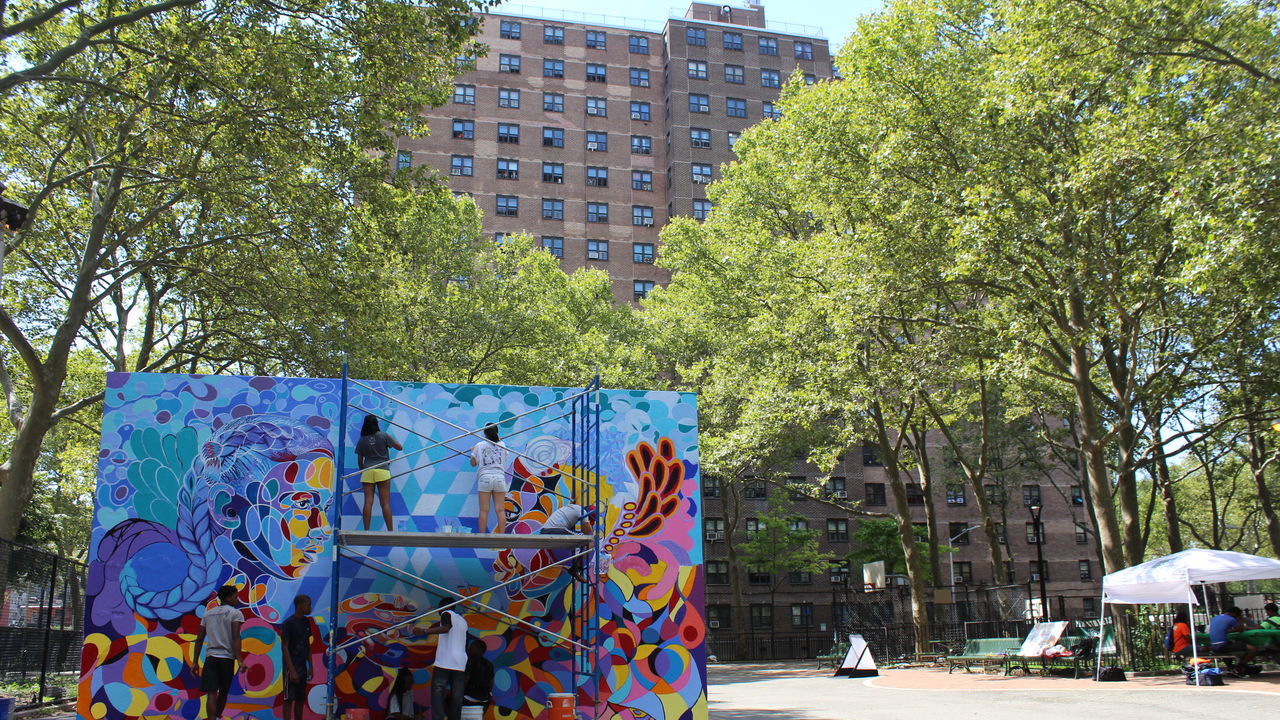 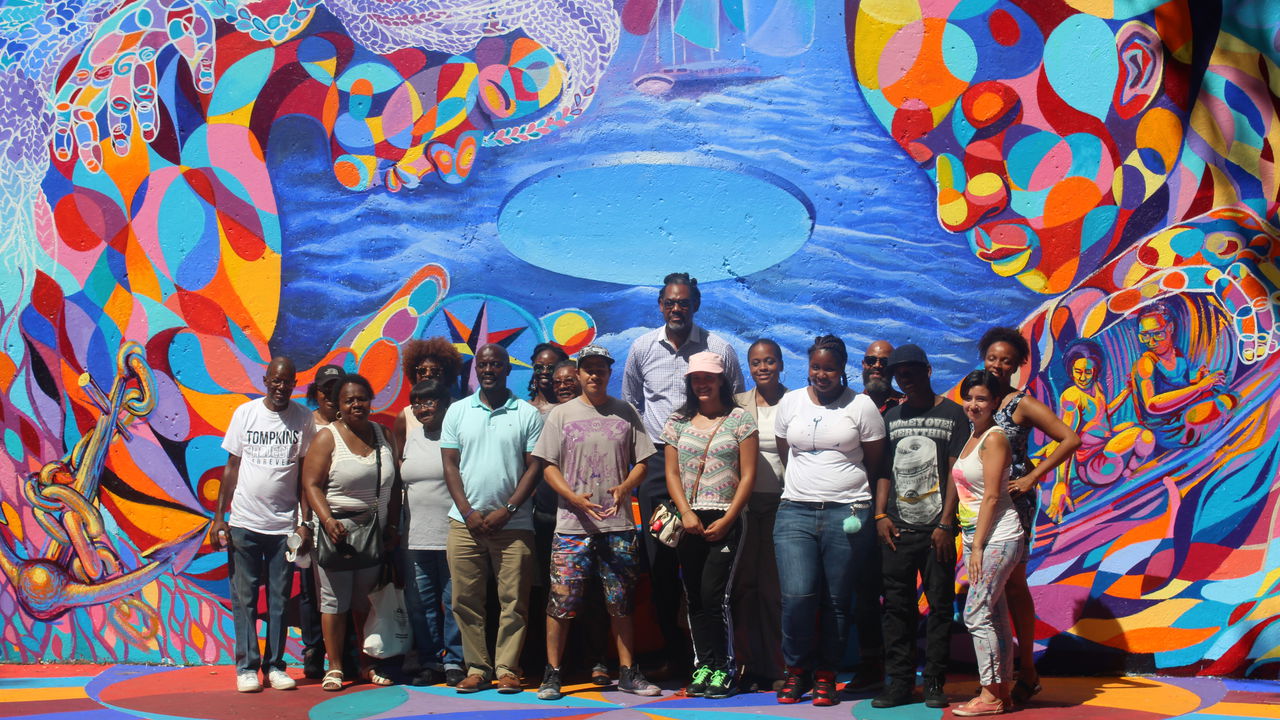 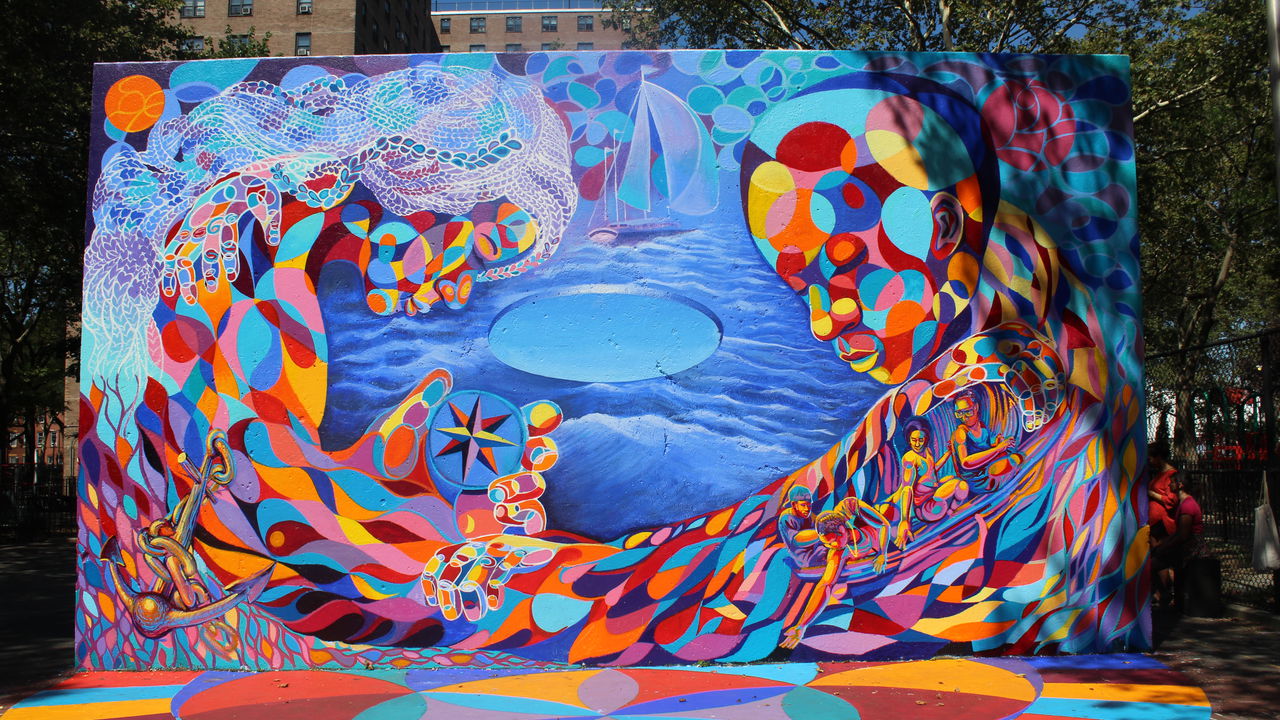 As part of a citywide initiative inspiring young NYCHA residents, an artist team inspired youth to become community leaders at the Tompkins Houses with a new mural that will give young people the inspiration, tools, and agency to accomplish anything. Painted on a handball court, the mural, entitled Compass of Dreams, illustrates two complementary scenes across the front and back of the handball wall. One side honors young peoples resilience to overcome challenges, and the other celebrates the power of play and imagination. The youth artists worked as part of Groundswells two-month long flagship summer youth employment program, the Summer Leadership Institute, presented in collaboration with the Tompkins Houses Resident Association, Inc., New York City Council Member Ritchie Torres, and New York City Housing Authority (NYCHA). In lessons facilitated by Lead Artist Chris Soria and Assistant Artist Michaela Anaya, the young artists researched, designed, and fabricated the mural.

This mural is part of Groundswells larger Public Art / Public Housing Initiative, in which five developments identified from the Mayors Action Plan (MAP) for Neighborhood Safety, one in each of the five boroughs, have co-created three mural projects, for a total of 15 new public artworks throughout the city. Given the unique architecture of a freestanding handball court, a viewer can engage with the mural from 360 degrees. On one side of the wall, a young girl and boy embrace. Between their arms, a ship is tossed roughly by a storm. The girl holds a compass, which opens up a bright portal.

On the other side of the wall, the portal is mirrored to connect the different scenes. This opposite side of the wall depicts the same girl and boy at peace. They celebrate the power of imagination and play. As one youth artist described about the design, "Storms are commonly associated with violence and nowadays it seems as though violence is all we see. But at the end of the storm, there is a new beginning. This beginning is filled with the dreams and aspirations of our own youth, which will lead to a great and prosperous future, no matter how violent the storm."

Youth artist Jason Wu (17) said, "This is my first job. Before I started working, I had my doubts because I didn't know what I was getting into. When we finally began to paint, I realized this was beneficial to the Tompkins community as it will inspire people to find success in their lives. It will brighten up the neighborhood, and I feel very proud to be a part of this mural."