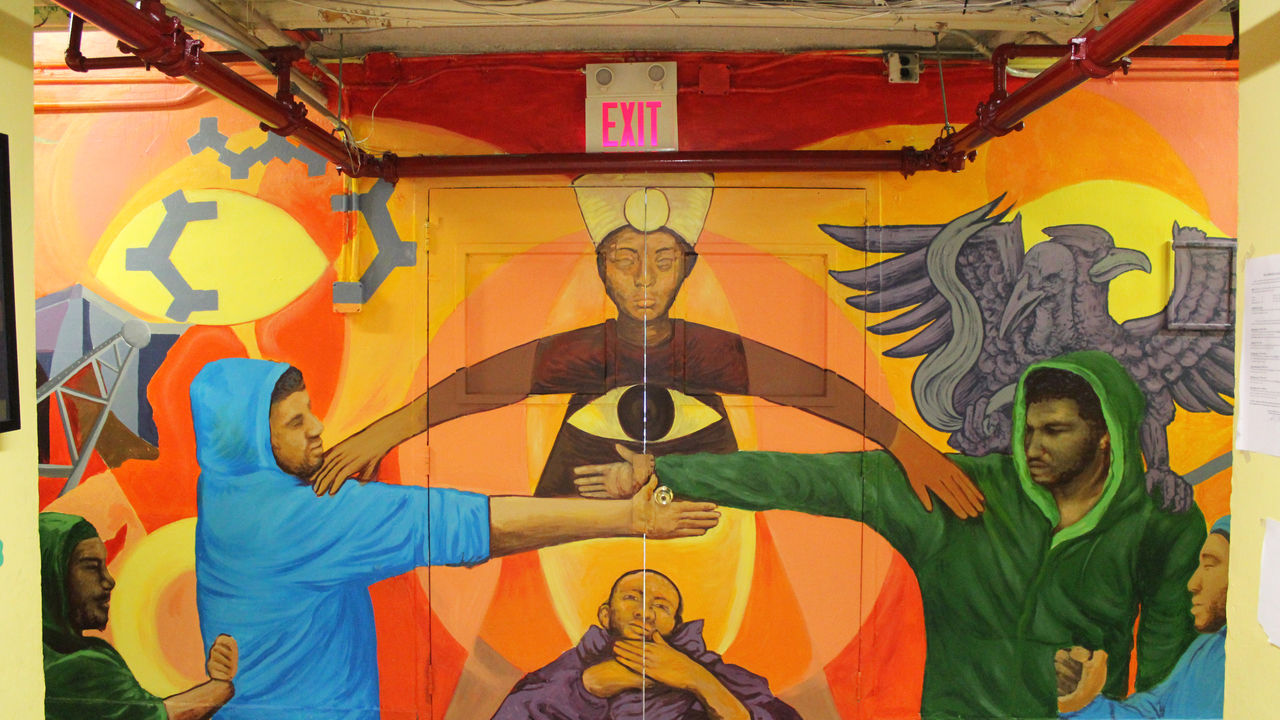 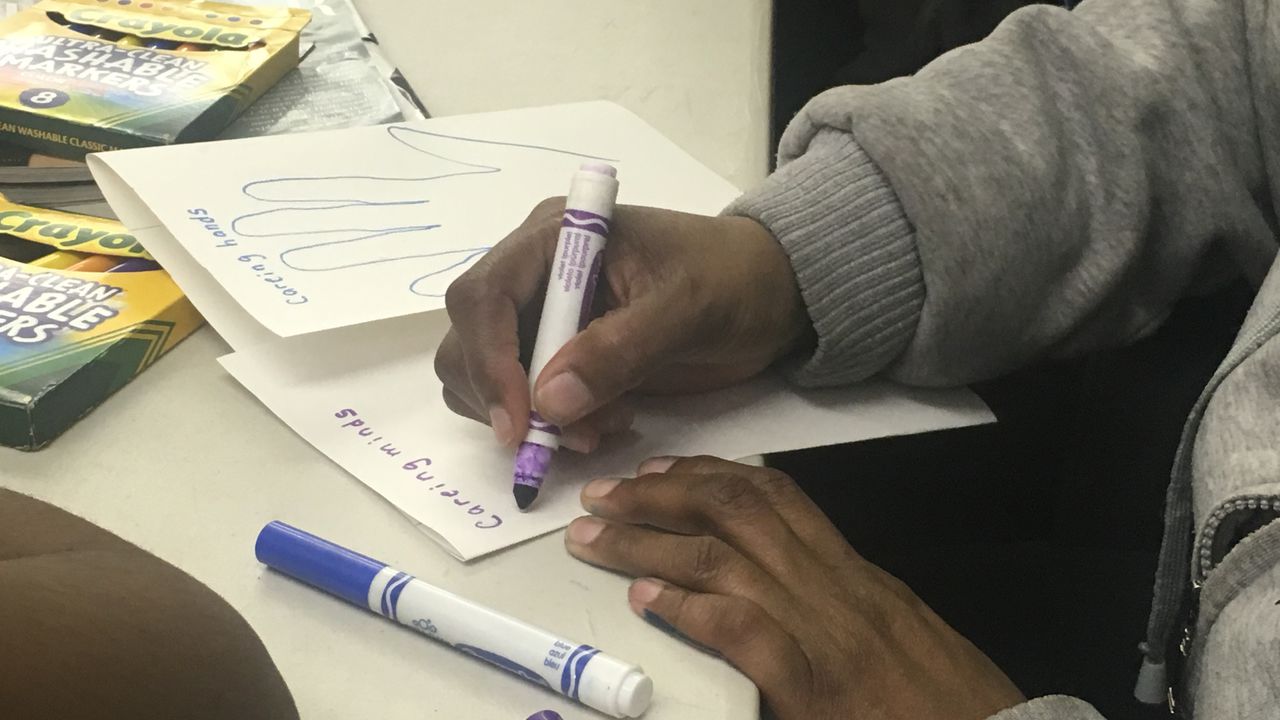 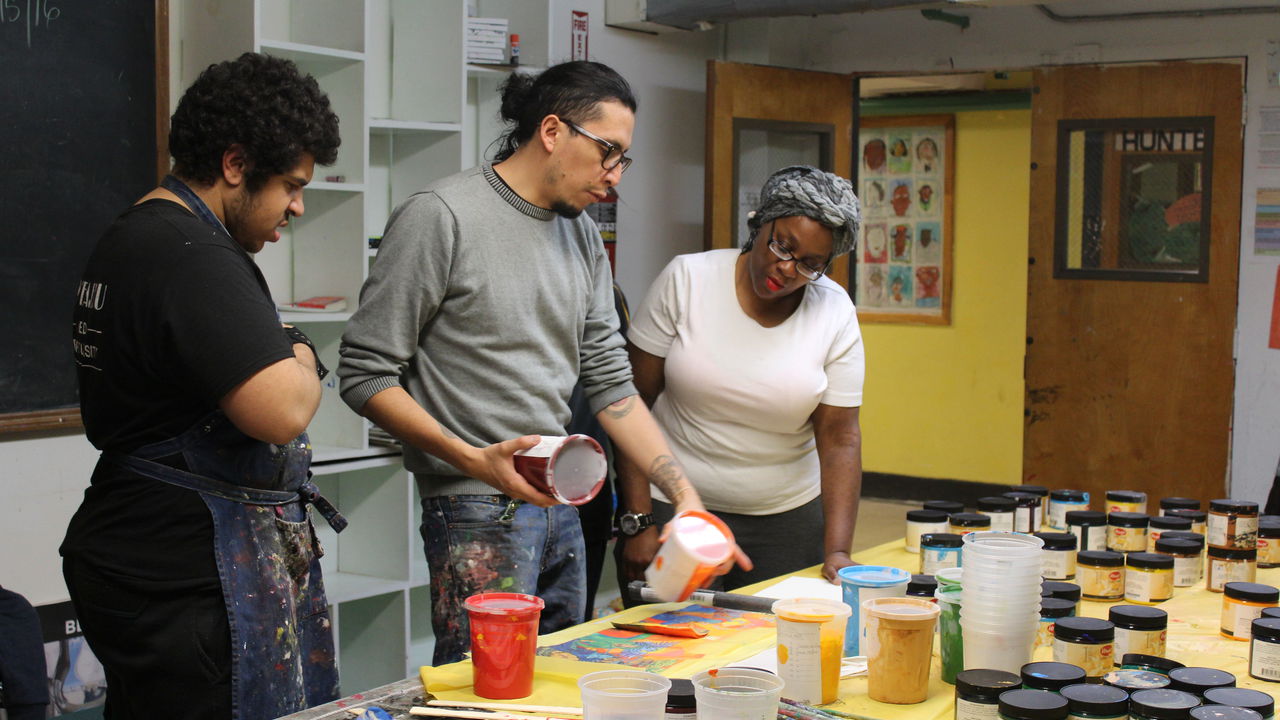 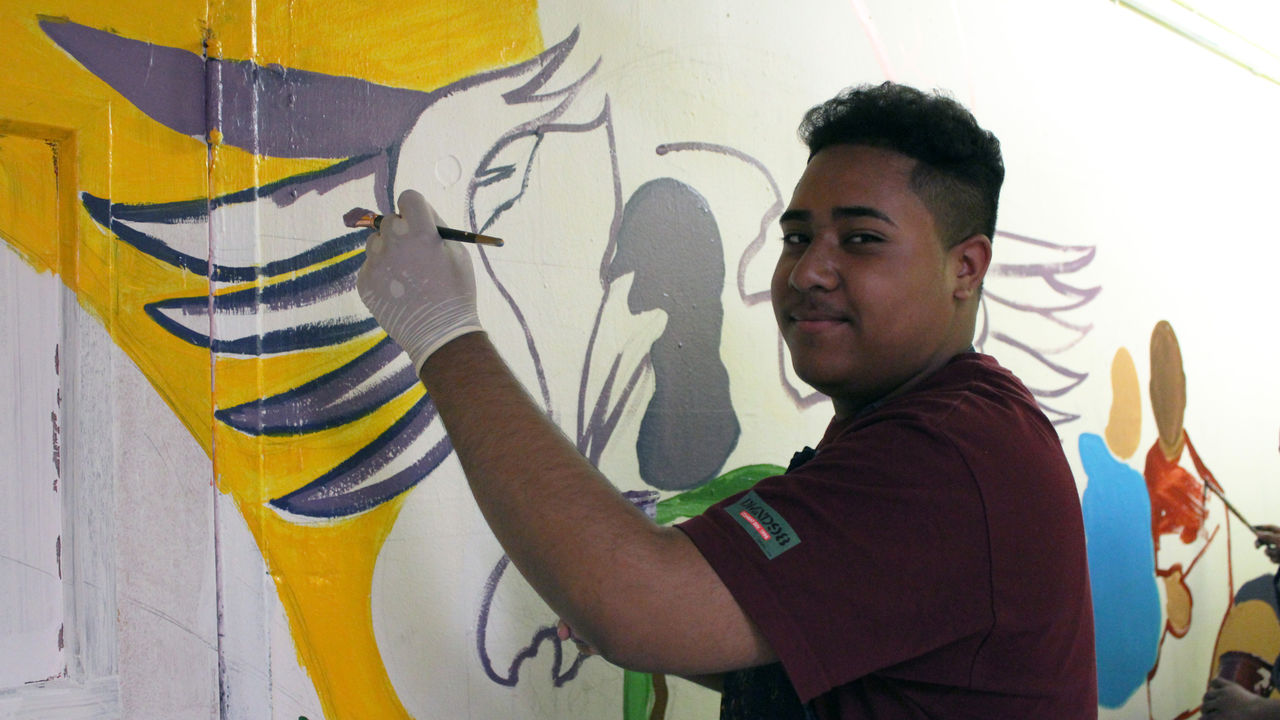 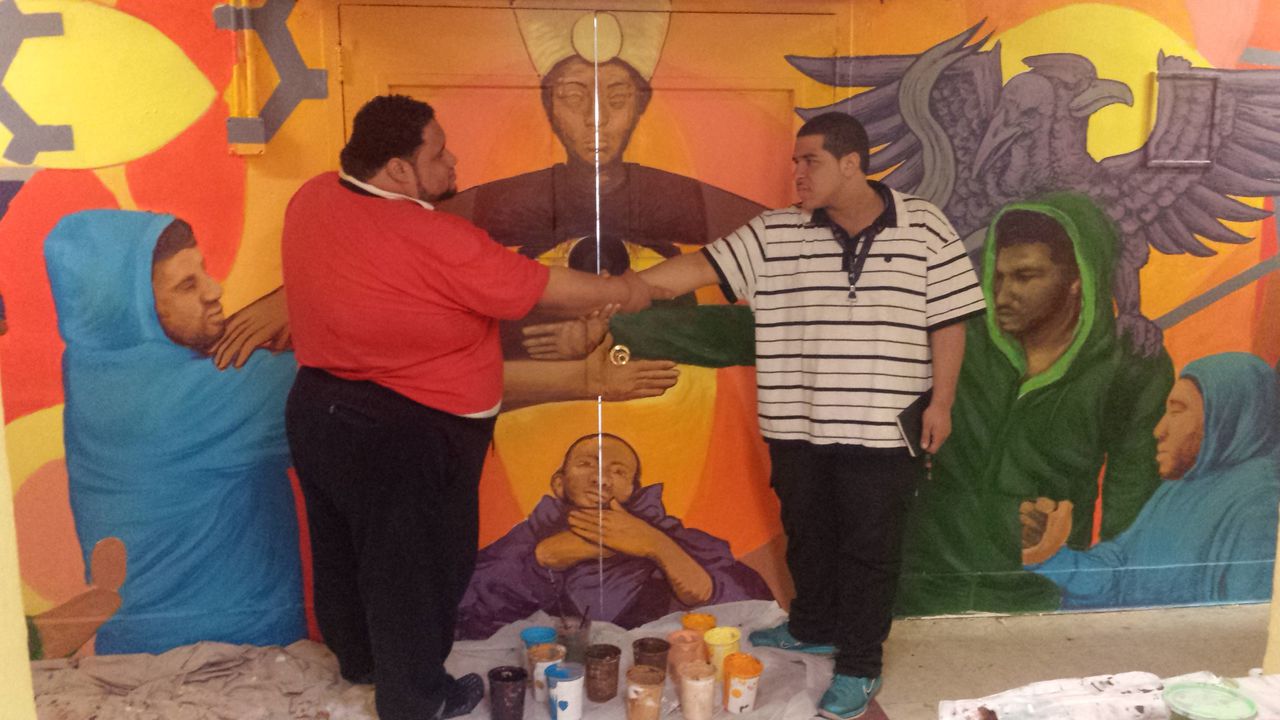 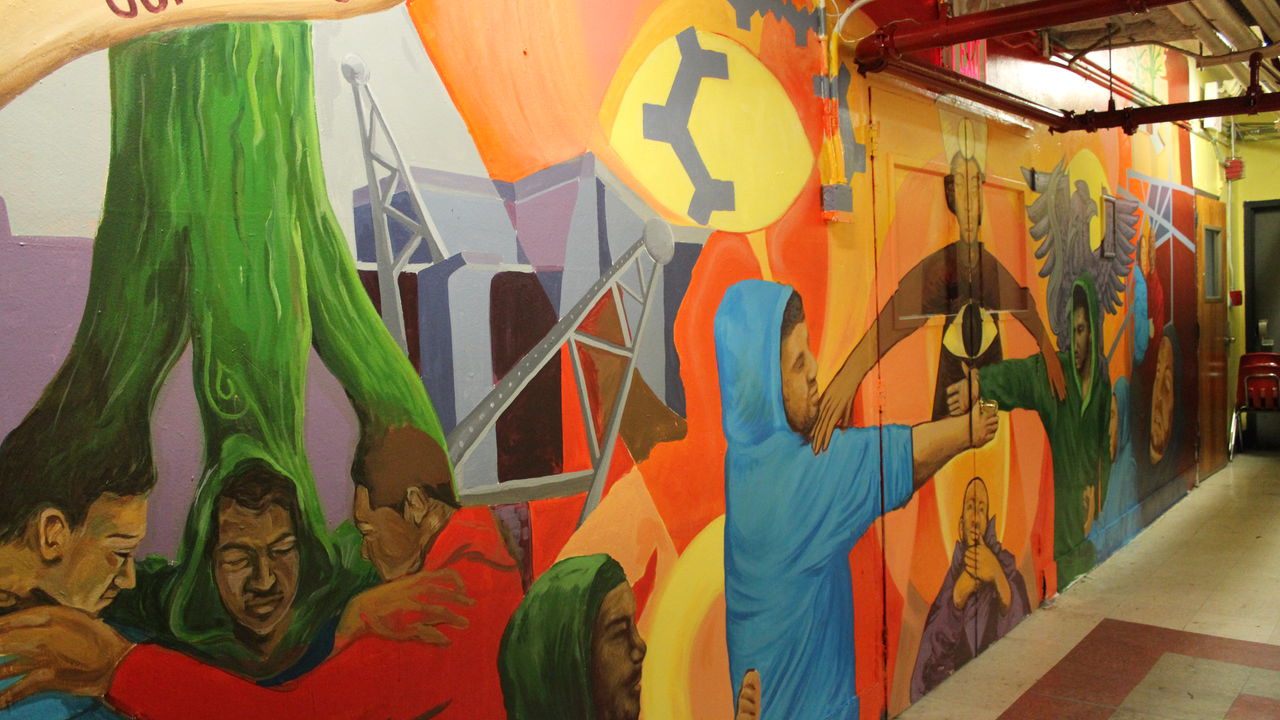 We Elevate Ourselves, the first mural installed in the Jacob A. Riis Neighborhood Settlement Community Center at Queensbridge Houses, promotes peaceful conflict resolution as a method to combat gun violence. The young artists goal was to depict the complex emotional transformation that occurs as a result of peaceful conflict resolution. The location of the mural, a doorway within the community center, is representative of the protective haven that a unified community provides. Both sides of the doors are decorated with different images that are cohesive within the mural; opening the door causes the men depicted to embrace and changes the illustration of the eagle. The eagle is representative of pride and honor, which can have both positive and negative effects on ones actions, embodied by the eagles two heads.

When the doors open the second head that signifies self-righteousness disappear, symbolic of the benefit of diplomatic communication and community engagement. Additionally, a theme of family and embrace is relevant throughout the mural; this is depicted by the mother figure within the center of the mural as well as the joining of various characters by handshake or hug. The tree that grows from three mens embrace illustrates the growth that communities will experience through peaceful conflict resolution. The young artists incorporated imagery that would inspire the audience to think about family, resilience, environmental influences on gun violence, community, and spiritual connection. The dense symbolic meanings incorporated in this mural are appropriate in addressing complex issues such as gun violence.